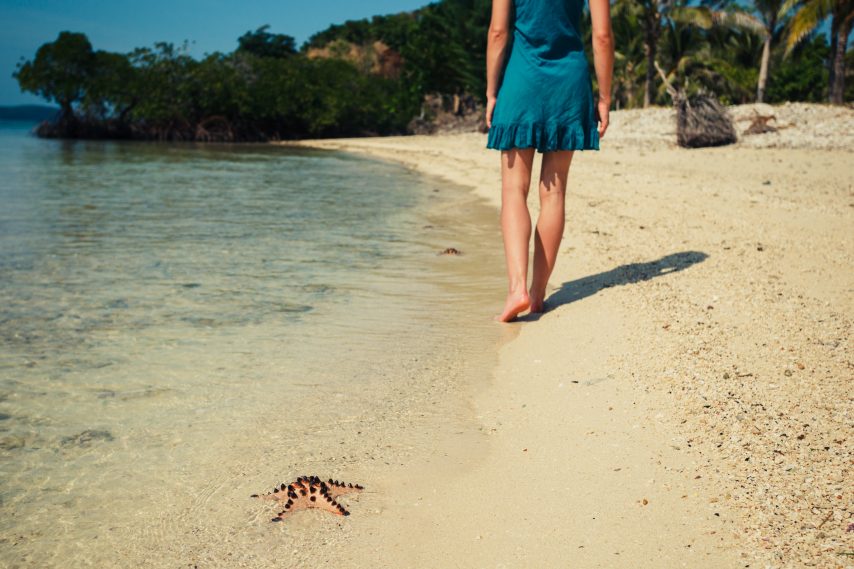 Going on vacation is about experiencing new things and of course, having a lot of fun. NFL legend Randy Moss appeared to be doing both in a video posted to Twitter by Bleacher Report’s NFL Twitter account @brgridiron.

In the video, Moss appears to be sitting on a jet ski somewhere in the Caribbean or Bahamas and he encounters one of the most unique animals in the ocean, a starfish. While it’s fine to be interested and excited to experience new things, he unfortunately does the one thing you aren’t supposed to do when you encounter a starfish – take it out of the water.

This post isn’t to shame Randy Moss, he made a simple mistake that many before him have also made. The goal of this post is to help raise awareness among cruisers and travelers that what they are doing can hurt an innocent animal.

.@RandyMoss encountering a starfish on vacation is so wholesome pic.twitter.com/osFkMJNyhD

There are around 1,500 different species of starfish in our oceans, and they all have one thing in common – they cannot breathe air. It’s common to see cruisers and tourists to tropical islands holding the animal out of the water to snap a picture for Instagram and Facebook, but many don’t realize that the animal can’t be out of the water for long. Since the animals live in shallow waters, they’re easy to find and their lack of mobility makes it even easier for them to be mishandled by curious people.

While they may feel hard to the touch, the animals are actually quite fragile and susceptible to damage. Even things like sunscreen or bacteria on your hands can hurt, and even kill, a starfish.

Imagine if the roles were reversed and you were plunged underwater all of a sudden with no way to breathe and no idea who or what was holding you down. Doesn’t that sound terrifying? Starfish feel the same way when lifted out of the water and passed around.

In the video, Moss is seen briefly dunking the starfish back underwater, but that doesn’t do much for them! So in the future, make sure you leave the starfish in their natural habitat where they belong!