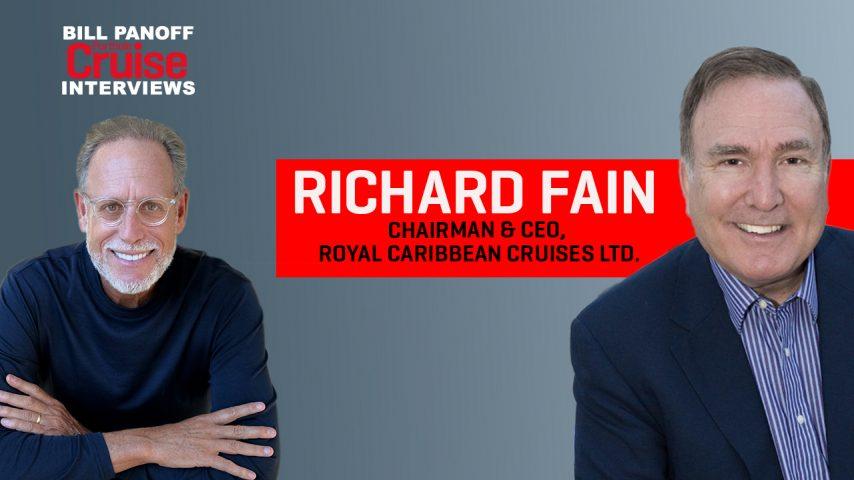 After more than 30 years at the helm of Royal Caribbean Cruises Ltd, it’s safe to say chairman and chief executive officer Richard D. Fain is one of the most important people in the industry. The cruise conglomerate operates 63 ships across all its brands and in a normal year, would see more than 6 million cruisers on board.

Though ships were paused, Fain and his team were heavily involved in the Healthy Sail Panel collaboration with Norwegian Cruise Line, a partnership that developed new health and safety procedures to be used on board cruise ships in the future. Efforts by Fain and other cruise executives were recognized by Vice President Mike Pence in October as they worked with the CDC to help figure out how to sail safely.

As we inch nearer to when cruises will sail again, Fain joined Porthole Cruise Magazine Founder and Editor-in-Chief Bill Panoff for a discussion about how his cruise brands will approach a vaccine, how bookings are doing for 2021 and what he would say to those hesitant to take a cruise vacation. Check out the full interview at the bottom of this article.

We’ve been talking about a vaccine for almost a full year now, but we’re finally seeing healthcare workers and high-risk individuals getting their immunizations. While it will be a little longer before the general public can get in line for their first dose, cruise lines would much prefer to wait rather than try to come back under the Centers for Disease Control and Prevention’s terms for conditional sailing. When asked about the vaccine, Fain said to expect a decision very soon.

It’s not just passengers who cruise lines need to think about. Many of their employees, who are currently home all around the world, would also need to be vaccinated to ensure the health and safety of everyone on board. It’s too early to tell how long it will be before vaccine producers like Moderna and Pfizer will be able to provide enough inoculations for the general public, but it’s looking like that will be a key component for cruising to return.

An important aspect of a return to cruising would be a cruise line’s ability to control as much of the environment as possible.

Another important aspect for his cruise line is transparency. As Fain explained, every decision cruise lines have made throughout this pandemic has been front and center. Whether it’s cancelling sailings or collaborating with the CDC, the public has been well-informed of the proceedings each step of the way.

“I know of no other industry, no other company, no other industry where anybody has taken such expertise in so many areas and focused it so carefully and done so in such an open manner. We’re not hiding this. Every meeting of the Healthy Sail Panel had two CDC representatives, we had others there, experts who could advise on this. I can’t think of another industry that has been as diligent as we have,” Fain said.

Through it all, the demand for cruises remains high. Fain likened the return to action to floodgates opening up.

“There’s a huge pent-up demand. When the gates open, it really will be the floodgates opening and we’ve seen that [when we] started operating in Singapore and the demand has been [Chef’s finger kiss]. I think there’s a lot of pent up demand and I think people are really ready to get out and get on with their lives,” he said.

Are you going to be one of the first cruisers back on a Royal Caribbean ship when they return to service in the United States? Let us know in the comments below!