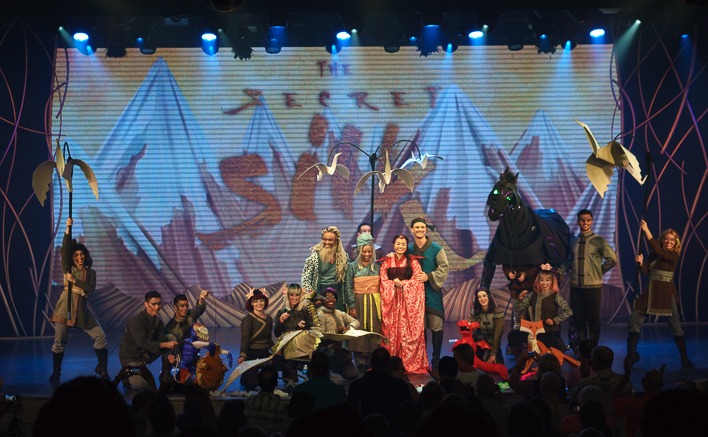 Stephen Schwartz, the Broadway genius behind such musicals as Pippin, Godspell, and Wicked, has seen his latest original production, The Secret Silk, debut aboard Princess Cruises’ Royal Princess – an accomplishment he says is in some ways even more rewarding than putting a show on Broadway.

“It was really easy to bring a level of talent – top-flight, A-list talent – because they get an opportunity to do something without worrying about the box office, or do we have to use a television star who’s not so great on stage just to sell tickets,” Schwartz explains. “Artists get to be artists, to practice their artistry.”

To bring this Asian folk tale to life, Schwartz reached out to another big Broadway name. John Tartaglia, nominated for a Tony as part of the original cast of Avenue Q (as well as receiving nods from the Drama Desk and Emmy awards for his acting, puppetry, and television production), was thrilled to take on the role of Creator and Director.

“We have abilities here you don’t have in New York theaters,” he says. “Broadway is a mentality, not a venue.”

The Secret Silk is a spectacular achievement, bringing together acting, dancing, and singing (including top-40 hits as well as an original composition) with puppetry, digital projection, and mobile sets – all in the service of an ancient folk tale about a crane who disguises herself as a young girl to help an old couple who saved her life. 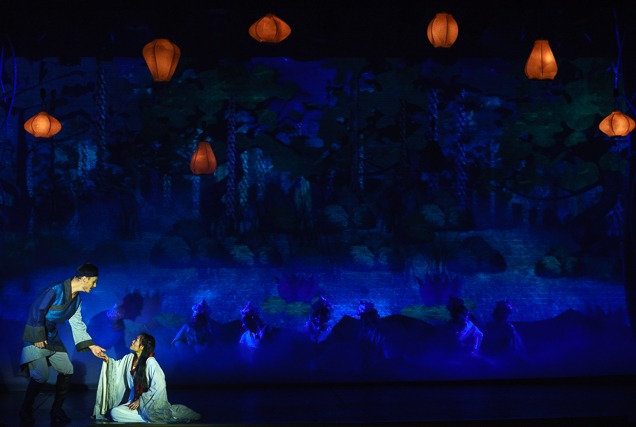 “When we were discussing possible subject matter, it occurred to us that Asia is an emerging cruise area and maybe we should find a story from there,” Schwartz says.
After copious research, Tartaglia settled on a folk tale known as “The Silk Crane” or “The Grateful Crane.”

“One of our dancers, Riko, is from Japan, and she says this story is their version of ‘Cinderella,’” Tartaglia says. “I was struck by how visual it was.” 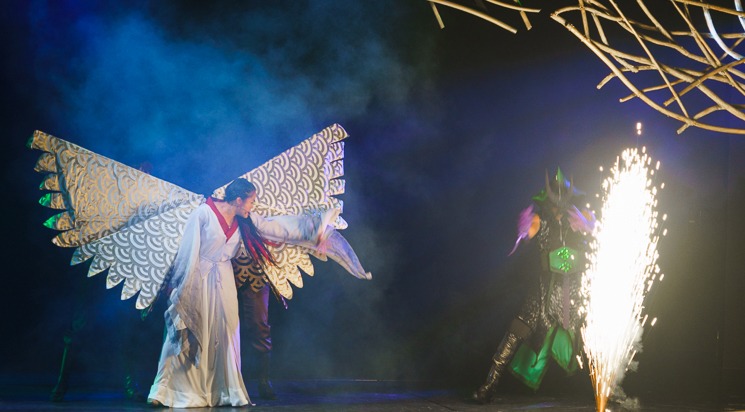 The visual cues from the story seep into every aspect of the production, which opens with a procession of origami-like crane puppets flocking to the stage. The costumes are colorful and angular, and the sets fold and unfold into different locations as if made from origami themselves.

Jason Weber, of Jim Henson’s Creature Shop, helped bring creatures like cranes, pangolins, monkeys, horses, and even dragons to life. “Our challenge was to make it bigger, make it glorious, to fill the stage,” he says. 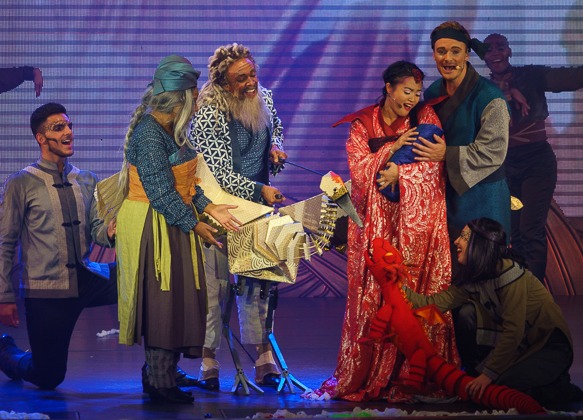 The original show is appearing on Royal Princess and will move to Island Princess cruising Alaska and Diamond Princess in Japan this year.