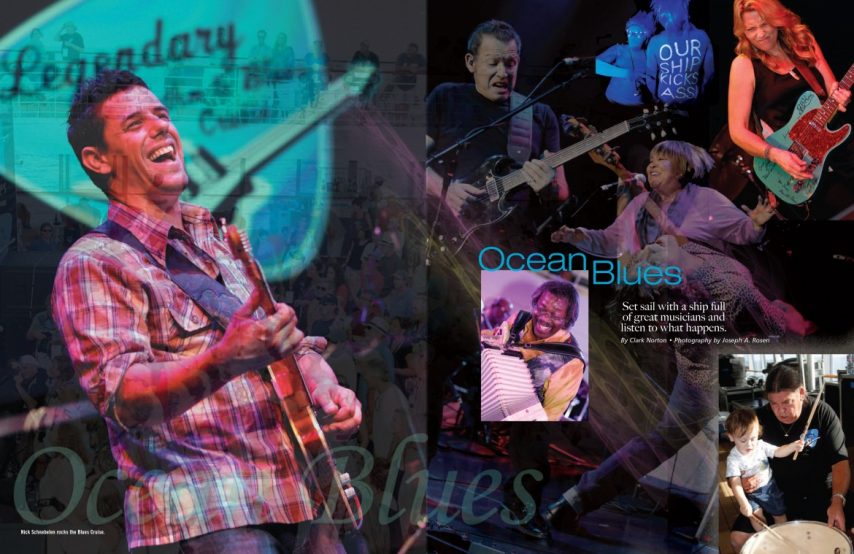 Set sail with a ship full of great musicians and listen to what happens.

Seattle-area musician Ron Hendee had been playing trumpet since age 10, performing with a number of bands — jazz, blues, and rock — while earning the bulk of his living as a housepainter. Then, a friend told him about the Legendary Rhythm and Blues Cruise, where passengers could bring their instruments if they liked and jam with some of America’s top blues singers and bands during a week at sea. Hendee bought a ticket for the October 2007 cruise and “had the time of my life,” he says. “I got to jam with [singer-guitarist] Tommy Castro and became friends with some of his band members, and I got to play in the piano bar with [blues pianist] Eden Brent.”

After the cruise, Castro and his band came to Seattle to play and “asked me to sit in with them during the second set,” Hendee recalls, still sounding amazed. Later, a musician he’d met on board helped him land a gig on a tour playing with blues legend Dr. John. Hendee has since formed his own band and released his first CD. And he’s joined four more Blues Cruises — recently hosting some of the pro-am “jamaramas” on board, and, in January 2013, hired to play in the Legendary Rhythm and Blues Revue band.

To be sure, most passengers on board the twice-yearly Legendary Rhythm and Blues Cruises aren’t struggling pros like Hendee looking for a break. They’re mostly hard-core fans of the blues: a quintessentially American music form, with century-old roots in the African-American South, that has since spawned a variety of regional styles and garnered wider audiences through new genres like blues rock. Fans fill entire ships: The world’s only fully chartered blues cruises, the Legendary Blues Cruises are typically sold-out, carrying some 1,800 passengers and musicians ….