The Soul Train Cruise gets down and boogies in the Caribbean 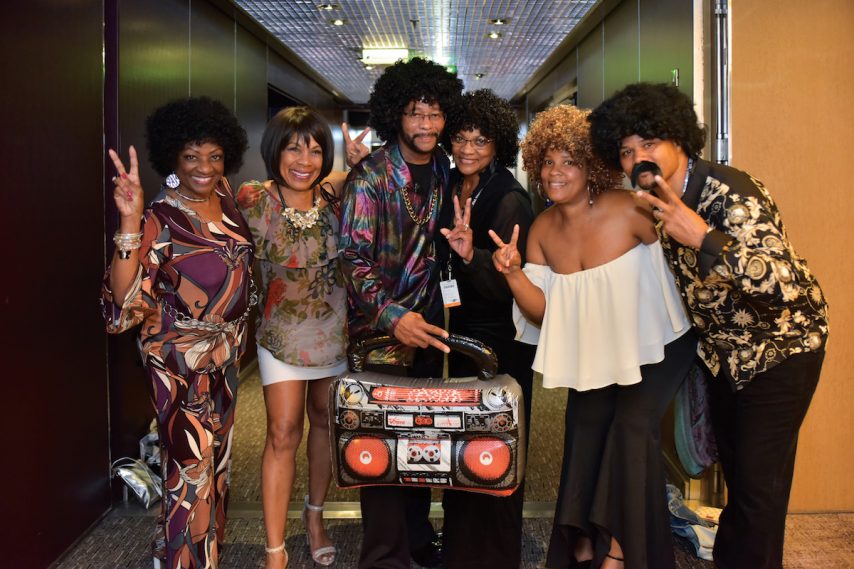 Ready to boogie, get funky, and feel the groove with soul music royalty? Then take “the hippest trip at sea” via the Soul Train Cruise. The 7-day Caribbean voyage produced by StarVista LIVE on Holland America Line departs from Orlando, Florida, and offers a mix of music, nostalgia, television history, and culture. Those aboard MS Nieuw Amsterdam in 2018 enjoyed rousing shows by The O’Jays’ Eddie Levert, LTD’s Jeffrey Osborne, Car Wash soundtrack band Rose Royce, Grammy winners The Pointer Sisters, and more.

Roots of the Cruise

Soul Train was a weekly must-see TV show that started in Chicago then exploded nationwide when it moved to Hollywood. Created, produced, and hosted by the late Don Cornelius, the show ran in syndication from 1971 to 2006 and remains a beloved symbol of not just classic R&B but popular music around the globe. In addition to the likes of the Jackson 5, Aretha Franklin, the Temptations, Gladys Knight & the Pips, and Marvin Gaye, the ‘70s archive of Soul Train shows includes appearances by David Bowie and Elton John. Appreciation for Soul Train’s colorfully hip showcase of top-charting acts and funky dance moves is what makes the cruise a distinct joy.

In structure and ambience, this star-studded voyage is welcoming to soul music fans of every race, religion, age, ability, and country of origin. On the 2018 sailing, we personally met fellow cruise guests from Canada, England, Sweden, the Caribbean, Germany, and all corners of the U.S. “We have people from all over the world on our cruise,” confirms cruise host and Soul Train executive producer Tony Cornelius, son of originator Don Cornelius. “From the very beginning, my father coined the phrase ‘Love, Peace, & Soul.’ The meaning of these three very powerful words in combination continues to encourage all people of all diverse backgrounds to come and experience soul music.”

Alan Rubens, Executive Producer of the Soul Train Cruise and StarVista LIVE Senior Vice President of Entertainment, agrees that the inclusive spirit makes the concept click. “The Soul Train Cruise brings together fans of great soul music from the Soul Train era from all corners of the globe and all walks of life to immerse themselves in the spirit and the music of the iconic show,” he says. “They get to spend every day and night hanging with the stars and seeing intimate concerts by the great soul legends.”

Naturally, the concerts are the biggest draw. Fans of doo-wop, soul ballads, funk jams, pop fare, disco movers, and even gospel can find a show to their taste daily. Headliners wove musical magic nightly in the two-story Mainstage Theater, where we forgot we weren’t in a Broadway or Vegas venue until one night of rough seas had performers clinging to their mike stands! In addition to the acts mentioned above, we savored the smooth sounds of the Spinners (“It’s A Shame”), Marilyn McCoo and Billy Davis (of the Fifth Dimension), the Whispers, Gerald Alston (lead voice of The Manhattans), and Jeffrey Osborne, and bopped along to the Trammps (of “Disco Inferno” fame), Howard Hewett (formerly of ‘80s group Shalamar), Charlie Wilson (formerly of funk kings, The Gap Band), and the Motown-era New Miracles – and even a Barry White tribute band. Other acts entertained in the party-hearty poolside….