New Ships on Horizon for Holland America and Princess 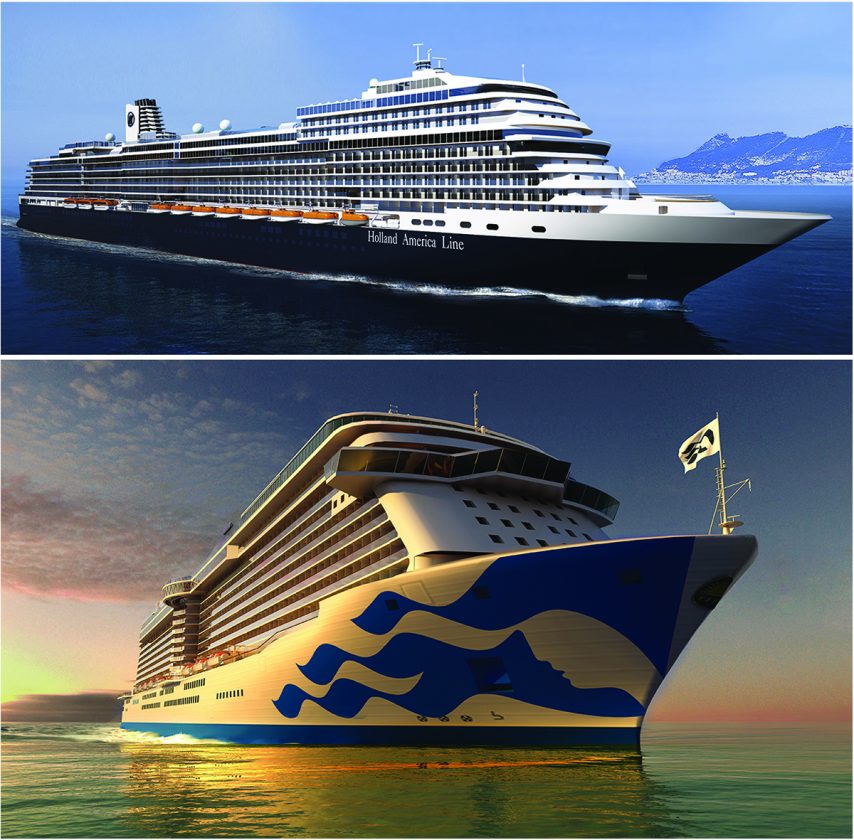 Carnival Corporation has announced that it has signed a memorandum of agreement with Italian shipbuilder Fincantieri S.p.A. to build two new cruise ships: one for Holland America Line and one for Princess Cruises.

Holland America Line’s new ship will be built at Fincantieri’s shipyard in Marghera, Italy, with an expected delivery in 2021. The new 99,500-ton, 2,660-guest ship will be its third Pinnacle-class ship, following the design of the line’s newest and largest ship, ms Koningsdam, and its sister ship, Nieuw Statendam, scheduled for delivery in November 2018. The ship will combine classic hallmarks of the brand, several of the innovative venues that were introduced on ms Koningsdam, new concepts that will debut on Nieuw Statendam, as well as additional elements unique to the new ship.

Princess Cruises’ new 145,000-ton ship will carry 3,660 passengers and will be its sixth Royal-class ship, featuring the design platform used on Royal Princess, Regal Princess, Majestic Princess, and two other yet-to-be-named ships also under construction by Fincantieri scheduled for delivery in 2019 and 2020. The new ship will be built at Fincantieri’s Monfalcone, Italy, shipyard with an expected delivery in 2022. It will feature Princess’ signature elements such as a central atrium hub, Movies Under the Stars, and 81 percent of all staterooms with balconies. It will also feature the recently announced Ocean Medallion Class™, the new high-tech guest experience made possible by a wearable Ocean Medallion™.

“We are extremely pleased to formally announce these two new ships and build on the success and popularity of their sister ships already sailing guests around the globe,” said Arnold Donald, CEO of Carnival Corporation. “Using our strategic fleet enhancement plan to introduce new ships is an important part of our measured capacity growth strategy, which includes replacing less efficient ships with newer, larger and more efficient vessels.”

Specific features and amenities for the new ships, along with deployment details, will be revealed in the coming months.