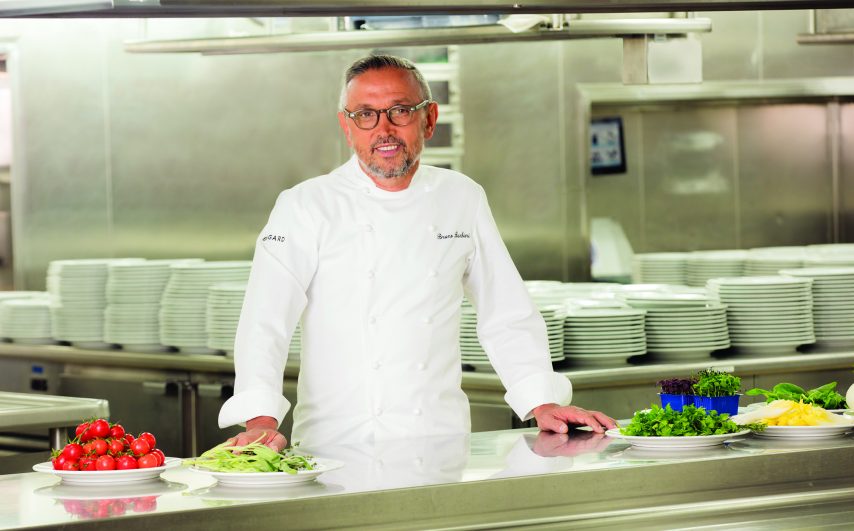 In honor of their 70th year cruising the world, Costa Cruises announced a new, fleetwide menu crafted by 7-time Michelin-starred chef Bruno Barbieri. The menu celebrates his more than 40 years as a culinary master from his childhood to present day.

Crafted exclusively for Costa Cruises, the menu starts with two appetizers: a bologna mousse with Parmesan icing, ingredients honoring Barbieri’s childhood in Emilia, Italy, and a salmon tartare with avocado. The first courses feature an egg pasta: traditional tortelloni with herbs and caprine, and pressed gramigna with cuttlefish ragout, a recipe inspired by his grandmother.

Vegetarian options include a pumpkin flan with mustard juice, and cream of leeks, potatoes and peppers, one of Barbieri’s first vegetarian dishes.

The full menu is a food-lover’s paradise:

If you want to try the new menu for yourself, you’ll have to book a trip with Costa Cruises.