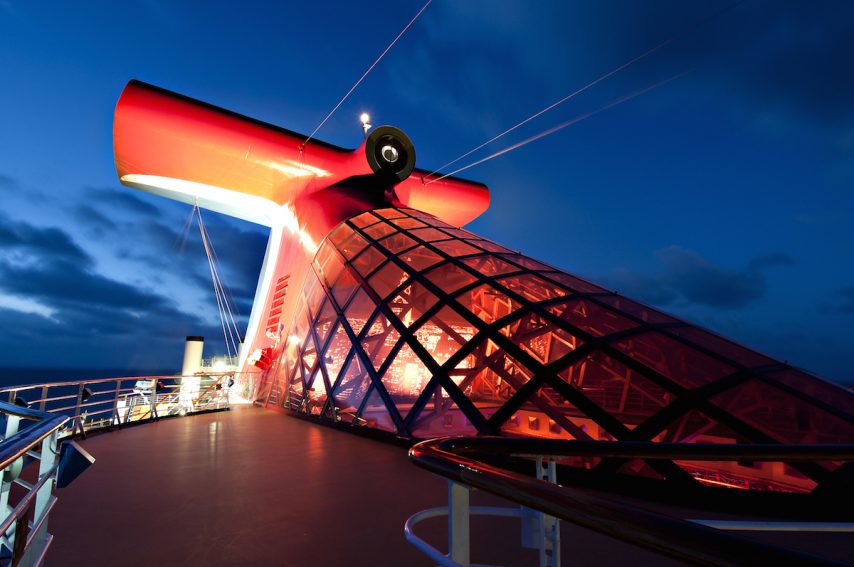 As part of a new multi-ship order announced today by Carnival Corporation, Carnival Cruise Line is scheduled to take delivery of two new 180,000 gross-registered-ton cruise ships in 2020 and 2022 that will be the largest in the fleet. Both ships will be powered by Liquefied Natural Gas under Carnival Corp.’s exclusive “green cruising” design and will mark the first time an LNG-powered cruise ship is based in North America. (A third new ship on order is for P&O Cruises UK and will be built by Meyer Werft at its shipyard in Papenburg, Germany, with an expected delivery date in 2020.)

The two Carnival ships, each with an approximate passenger capacity of 5,200 based on double occupancy, are being constructed by Finnish shipbuilder Meyer Turku at the company’s Turku, Finland shipyard.

“We are thrilled to be introducing Carnival Corporation’s ‘green cruising’ design platform to North America,” said Christine Duffy, president of Carnival Cruise Line. “Both of these ships will be fully powered at sea and in port by Liquefied Natural Gas, which is the world’s cleanest burning fossil fuel. These ships are being designed for maximum energy efficiency and environmental friendliness.”

Specific design details and itinerary information for the new ships will be announced at a later time.