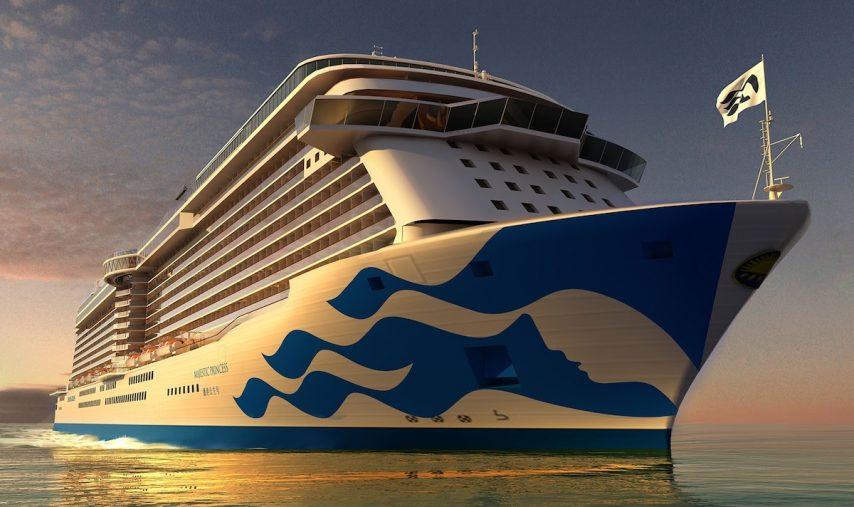 Princess Cruises announced today, on Chinese New Year, that Majestic Princess (盛世公主号), the line’s first cruise ship built and designed specifically for the China market, will also be the first ship in the fleet to debut an elegant new livery design featuring the company’s iconic logo. The new livery design will roll out fleetwide over the next few years.

According to Princess, the design symbolizes the smooth and flowing gracefulness of ocean waves and represents the excitement and adventure of discovering the best the world has to offer on a Princess cruise vacation.

“For nearly half a century, our Princess logo has represented the adventure of cruise travel around the globe,” said Jan Swartz, president of Princess Cruises. “Now our ships sail to more than 360 ports of call worldwide and will be instantly recognized from afar. As the very first cruise ship built for China, we take great pride that Majestic Princess is our first ship to proudly display our new livery design.”

Also today, Majestic Princess reached a significant construction milestone when the ship “floated out” in its building dock at the Fincantieri shipyard in Monfalcone, Italy. The occasion was marked by a traditional ceremony as the ship met ocean for the first time.

Majestic Princess will offer many of the same special features as Royal Princess and Regal Princess, including a dramatic multistory atrium serving as the social hub of the ship; an over-the-ocean SeaWalk, a top-deck glass-bottomed walkway extending 28 feet beyond the edge of the ship; the Princess Live! interactive studio; and a special Chef’s Table Lumiere, a private dining experience that surrounds diners in a curtain of light.

As the first cruise ship built and designed specifically for the China market (the ship will homeport in Shanghai), the 3,560-guest Majestic Princess will also feature a number of new venues and experiences created for that market, the details of which will be revealed in the coming months.