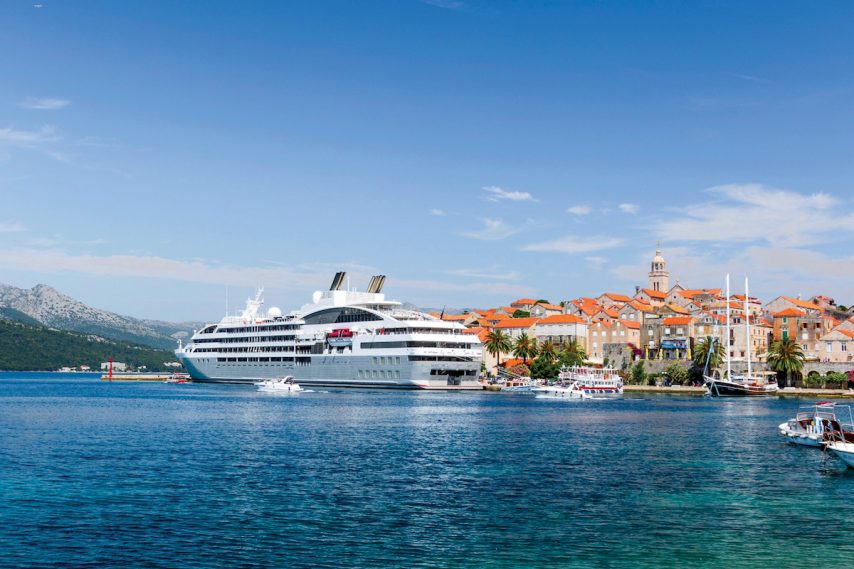 Oo, la, la! Fast-growing French cruise line Compagnie Du Ponant has revealed some details about its newest ship, the fourth in its Boreal class. The ship will be named Le Lyrial, in tribute to the Lyra constellation. Bragging rights will include roomier suites than on its sister ships.

On board, the design will be “cozy yet contemporary,” the cruise line says. The designers are working with a palette of blues described as ranging from the grey-blue color of polar ice to the vivid turquoise found in some coves in the Mediterranean.

The biggest design change is the customer-driven addition of larger suites – which is why this ship will carry fewer passengers than its sister ships, Le Soléal, L’Austral, andLe Boréal, which each have 132 staterooms.

Deck 6 will be entirely reserved for suites – the largest will be 600 square feet. Otherwise, the shipboard environment will be familiar to fans of the sister ships, all launched in the past four years.

Founded by two French merchant marine officers in 1988, Compagnie du Ponant also has in its fleet the 64-passenger, three-masted sailing ship, Le Ponant. Itineraries are around the world, the cruises designed to appeal to both French- and English-speaking passengers.