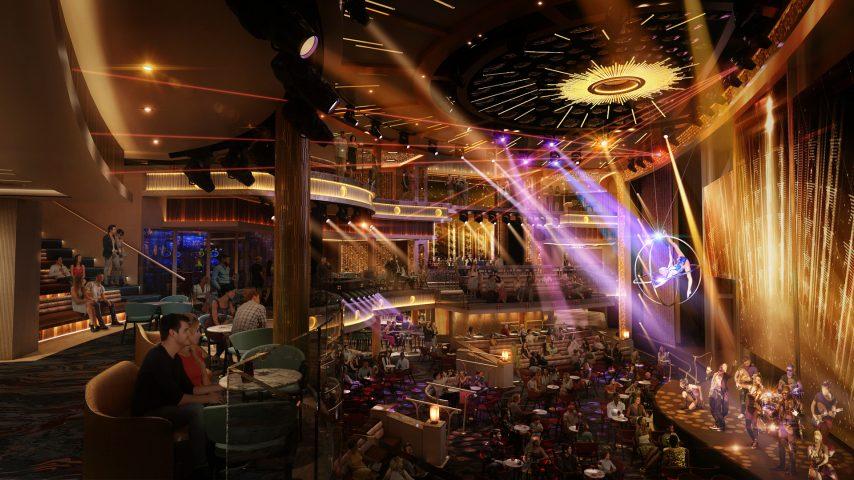 Cruise ship atriums have long been used as a way to make a first impression on passengers. From the Swarovski crystal staircases found on MSC Cruises ships to the regal elegance and ambiance found on board Cunard ships, each cruise line likes to find their own way to stand out. Today, Carnival Cruise Line released new information about the atrium on board the upcoming Mardi Gras and wow does it sound cool. Check out the details, renderings and a construction photo below! 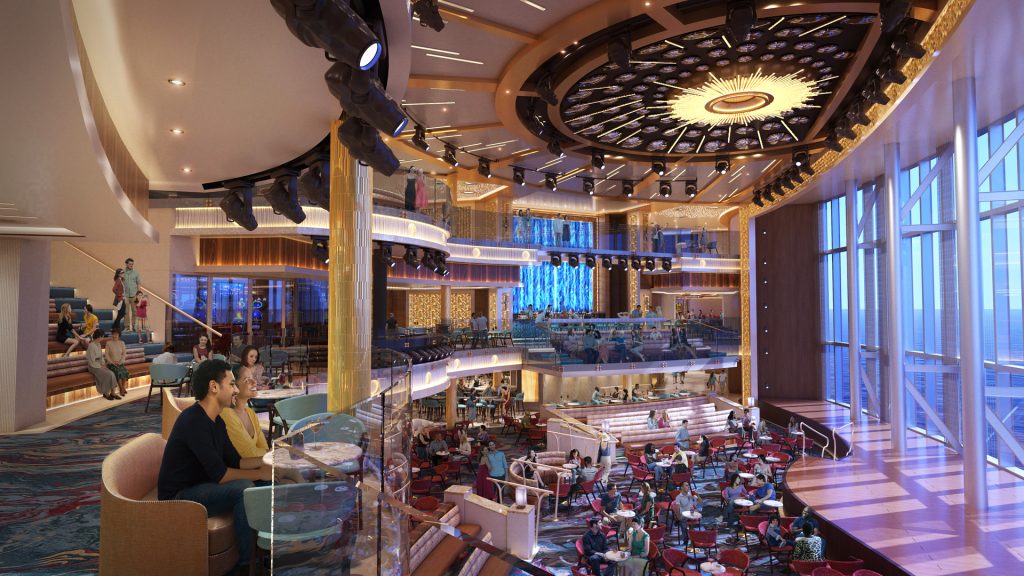 When Mardi Gras debuts in February, the ship will have six distinct ‘themed’ zones: French Quarter, La Piazza, Summer Landing, Lido, The Ultimate Playground and of course the atrium, Grand Central. Grand Central is a three-deck-high space with 3,000-square-foot glass panels built into the starboard side of the ship for some of the best ocean views on the ship. 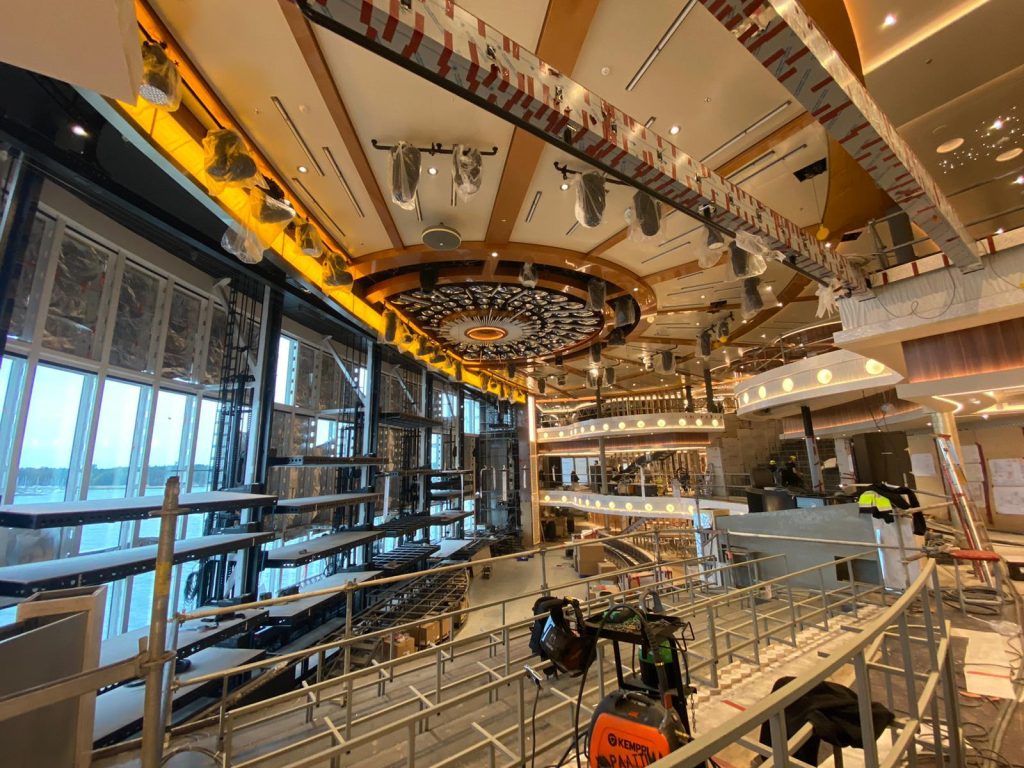 Glenn Aprile, Carnival’s director of new build product development, explained that they wanted to match functionality with an eye-catching appeal.

“Building an atrium into the side of a cruise ship is no easy task and it was a total team effort between our new build management team, engineers, designers, and hotel and entertainment teams to create a space that is as beautiful as it is functional,” he said. “We put the engineers and designers to the test here and our teams have taken everything we’ve learned about shipbuilding and interior design to create a stunning, comfortable and functional environment that truly sets Grand Central apart from other shipboard venues. With its transformation from daytime relaxation to nighttime entertainment, Grand Central is unlike anything that’s ever been done on a cruise ship before and our guests are going to love it.”

The plan is for the space to be low-key hangout spot during the day, but at night, it transforms into a performance venue with a rotation of yet-to-be-released acts where performers interact with 16 individually controlled LED screens displaying video and special effects, as well as lasers and aerial acts.

Above it all is the multi-level Grand View Bar, which features floor-to-ceiling sea views with a virtual waterfall on translucent panels. Nearby that is Java Blue, a place for coffees, cappuccinos and lattes with a menu of fresh bakery items, wraps, salads and other light items. 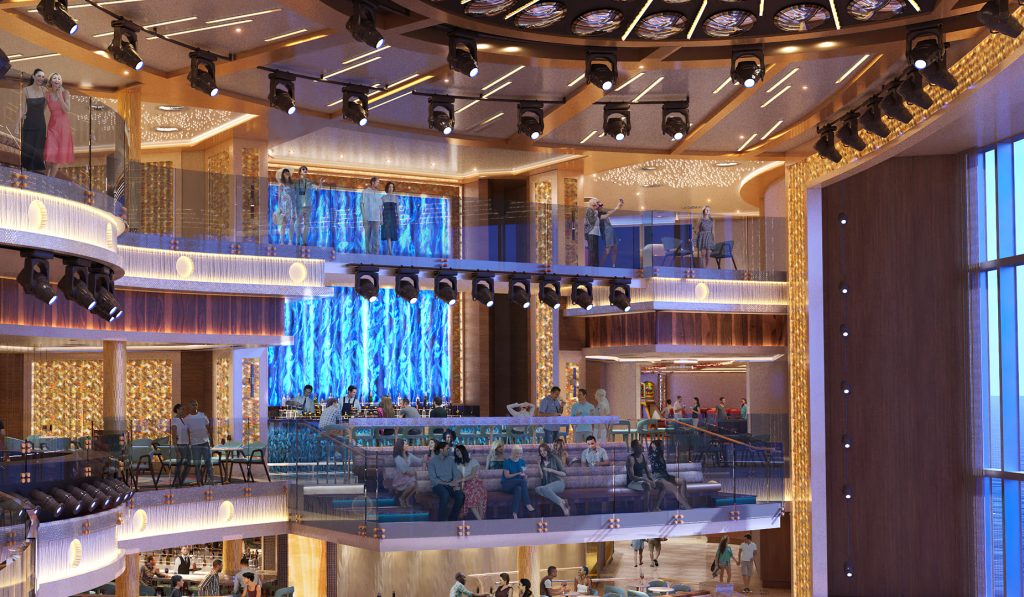 Mardi Gras has the distinction of being the first North American cruise ship powered by Liquefied Natural Gas (LNG) and is set to debut from Port Canaveral on February 6th.

If you’re booked on the inaugural cruise, let us know in the comments below!