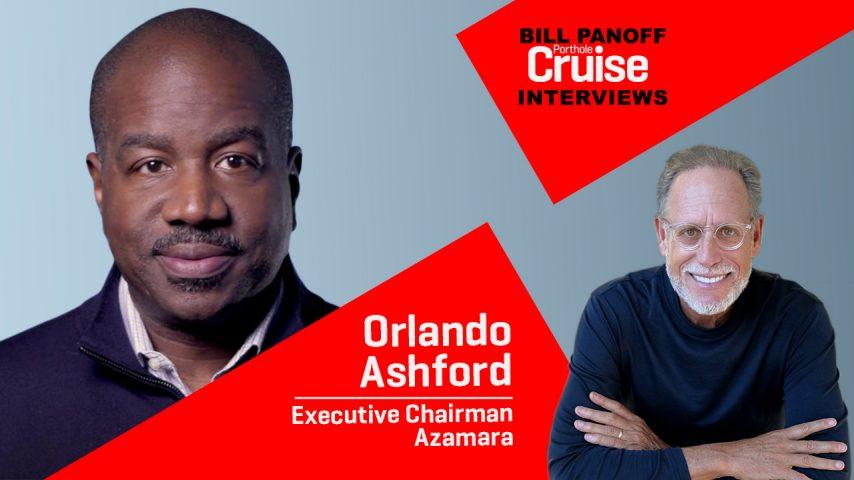 There’s been plenty of cruise news lately, but one of the most significant news breaks came in January when Royal Caribbean Group announced they’d sold their small ship brand Azamara to a private equity firm in New York called Sycamore Partners. If that news wasn’t big enough, the new owners made an even bigger splash when they announced former Holland America Line President Orlando Ashford would serve as the cruise line’s executive chairman.

Ashford has plenty of experience when it comes to cruise lines and the business world. He spent more than five years as the President of Holland America and prior to that, was President of the Talent Business Segment for Mercer, a global consulting leader in talent, health, retirement and investments. Prior to Mercer, he served as Senior Vice President, Chief Human Resources and Communications Officer of Mercer’s parent company, Marsh & McLennan Companies. He’s also worked for Coca-Cola, Motorola, Ameritech and Andersen Consulting during his impressive career.

Ashford joined Porthole Cruise Magazine founder and Editor-in-Chief Bill Panoff for a discussion of his new role, why he returned to the cruise industry and what the future has in store for Azamara. Check out the full interview below!

At the time of his hiring, Ashford was quoted as saying “I believe Azamara is uniquely positioned in the industry, and I look forward to executing on our shared vision for growth.” They didn’t waste any time, either. Shortly after the Ashford hiring, Azamara announced the acquisition of Pacific Princess from Carnival Corporation, increasing the size of their fleet to four ships. Ashford explained what led to the decision to buy a new ship.

When asked how many ships he thought would be best for the line, he explained that’s all up to those who love to cruise.

“I don’t know, I mean the consumer is the one that tells us that. As long as there’s people who want to go, we’ll build more ships,” he said.

When asked about what we wants to bring to Azamara, Ashford brought up his time with Holland America and expressed that he was proud of what they accomplished, but that his goals for Azamara will be different.

When asked about the cruise line’s plans for the additional ship, Ashford hinted at some news coming, but let us know he wasn’t the one to spill the beans on the news.

“There are some surprises coming, but in my role as executive chair, I’m going to leave those surprises to [Azamara President] Carol Cabezas and her team to share that with the world but by having an additional ship we’re able to do more. More means more places and more flexibility and more variety.”

Watch the Full Interview with Orlando Ashford Below