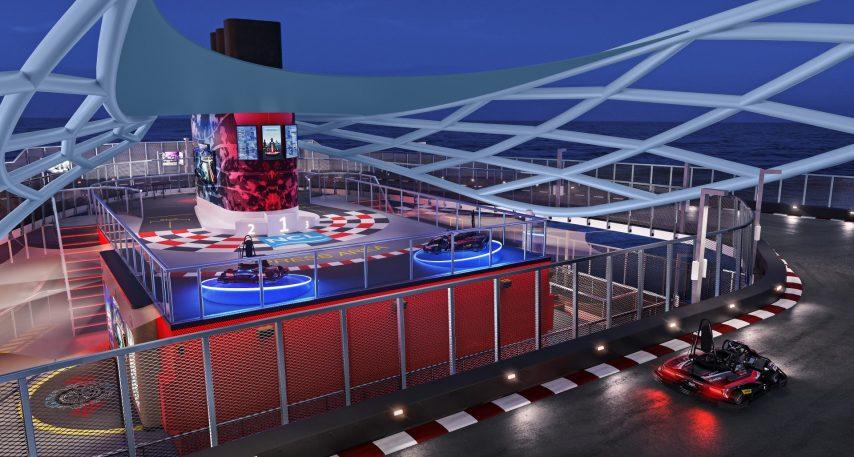 We have new details about the entertainment and features on the upcoming ship from Norwegian Cruise Line! When the ship first sets sail in the Summer of 2022, Tony Award®-nominated musical “Summer: The Donna Summer Musical” will be its interactive headlining act in terms of entertainment. The ship will also feature the world’s first venue that transforms from a three-story theater into a Vegas-style nightclub, freefall drop dry slides and the largest racetrack at sea.

From the same production team that brought Jersey Boys to Norwegian Cruise Line comes Summer: The Donna Summer Musical. It’s the story of famed singer Donna Summer and her rise from young performer to the Queen of Disco featuring more than 20 of her well-known songs. What’s unique about the show is that the 75-minute production actually turns into a real disco venue performance and guests become part of the show with their dancing.

“We’re not just elevating the guest experience, we’re giving it an adrenaline rush and multisensory overload,” said Harry Sommer, president and CEO of Norwegian Cruise Line. “When we launched Norwegian Prima, we aimed at going beyond expectations, providing our guests with more wide-open spaces, elevated service, thoughtful design and a variety of unforgettable experiences, and this latest unveiling of our entertainment and onboard activities lineup is going to have the wow-factor they’ve yearned for in a much-anticipated cruise vacation.”

All of the headlining acts and some of the new experiences will be held in the Prima Theater and Nightclub, a three-story venue which seamlessly converts from performance stage to dance floor. There’s even a moving LED screen that lowers from the ceiling and is nearly half the size of the venue itself. Along with Broadway-quality performances, the space will also play host to interactive, real-life game shows like The Price is Right, Supermarket Sweep, Press Your Luck and Beat the Clock. Powered by Fremantle Media, the shows  allow the audience to be part of the performance and even win incredible grand prizes.

Norwegian Cruise Line is the only cruise provider with Go-Kart racing on board their ships and Norwegian Prima is set to continue that legacy with the largest race track at sea! The three-story track is a quarter-mile longer than previous vessels and drivers reach speeds of 30mph through the 14 turns and three levels. There’s also a new Prima Speedway bar under the track for a post-race beverage! 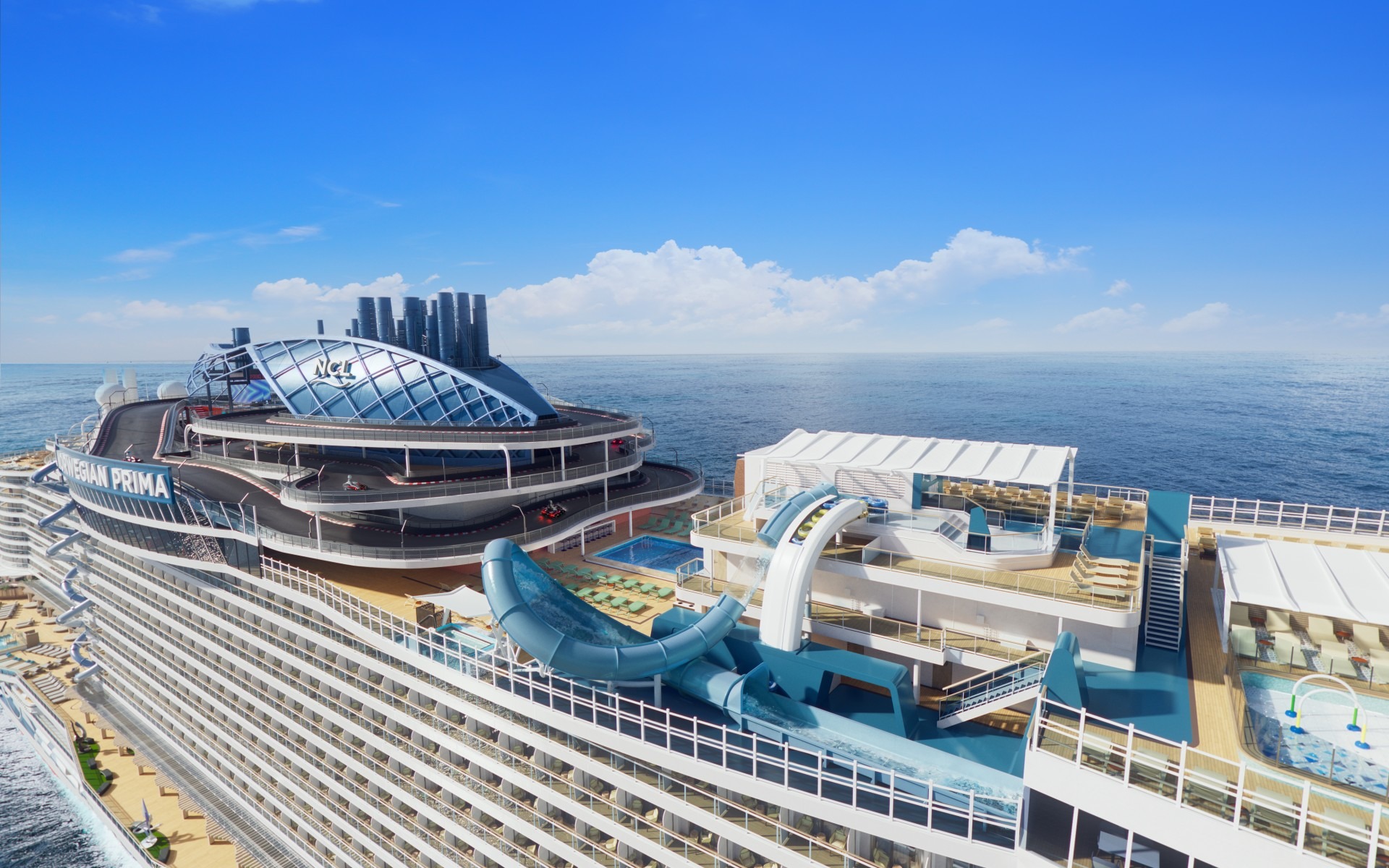 Another first for NCL is The Drop, the world’s first freefall dry slide where users will experience a 10-story plunge reaching the highest G-forces of any cruise line! The ship will have two other dry slides called The Rush where guests can race against each other. 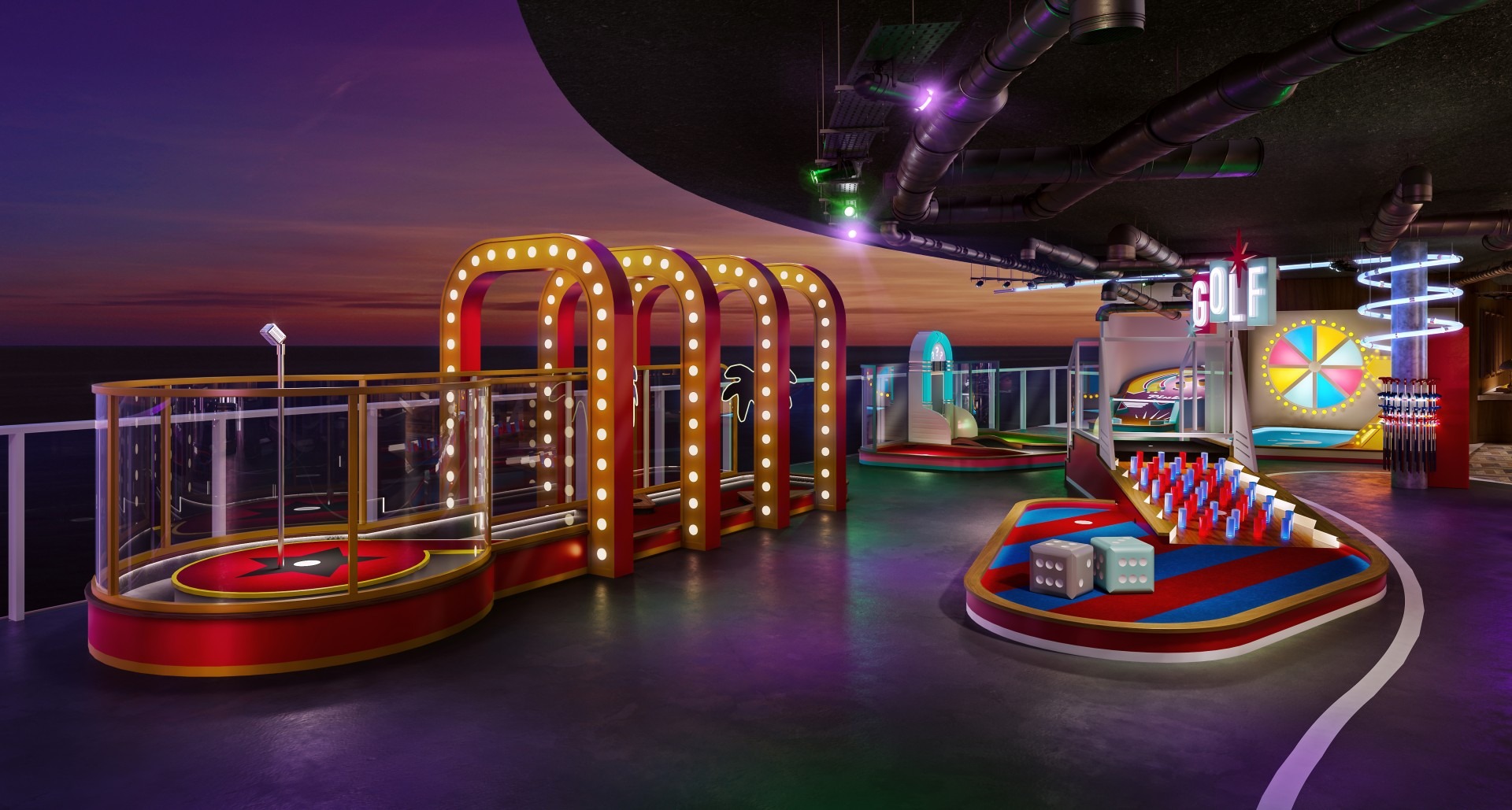 Are you planning on sailing when Norwegian Prima comes out? Let us know in the comments!