Mysteries of the Sea: The best parts of a cruise can’t be planned – only enjoyed as they happen. 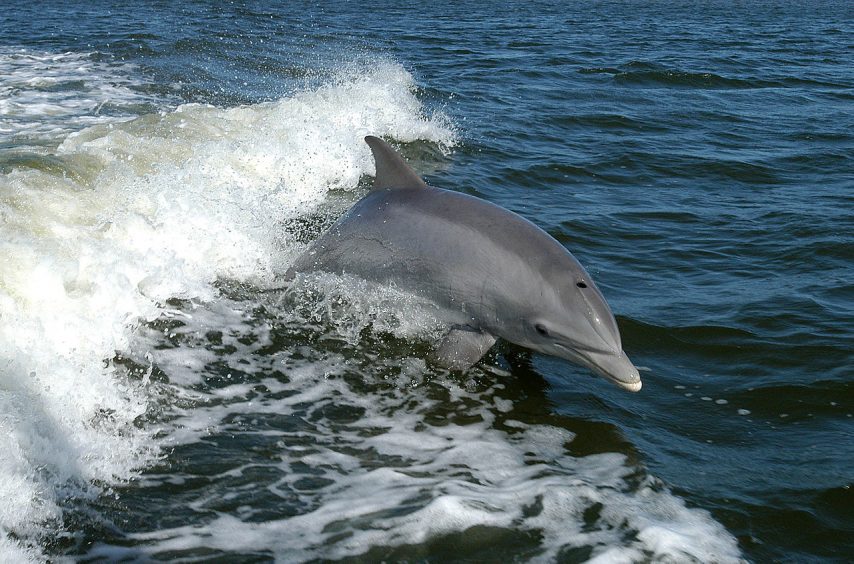 Mysteries of the Sea

The best parts of a cruise can’t be planned – only enjoyed as they happen.

If I had to pick the most magical moment of my nearly 40 years of cruising, it would have nothing to do with a meal, a dessert, a port or entertainment (although that Roger Daltrey concert during last year’s Moody Blues Cruise was pretty darn spectacular).

Instead, it was something that happened one lazy day at sea when most guests were sunning themselves at the pool as I had been doing all morning. A bit sunburnt, I returned to my cabin and, after cooling down a bit, decided to slip out on to my balcony. Leaning against the rail, gazing out on the glass-like surface of the sea, the water before me suddenly churned…and then all hell broke loose.

Directly beneath me were dolphins. A lot of dolphins and it was as though they just figured “This chick looks bored. Let’s dazzle her.” And dazzle me they did.

With a mixture of wonder and delight, I watched as eight dolphins swam and circled right there. They leaped singularly and in pairs, gliding alongside the ship for minutes, seemingly intent to stay abreast of me and Cabin 804’s balcony.

I remember thinking my face felt weird and I realized was smiling. I thought that I should really, really go in and get my camera but I simply couldn’t turn away from the spectacle. I expected to hear an announcement from the bridge alerting everyone to the little Sea World outpost that was in our midst. At the very least, I expected to see others leaning over the rails of their own balconies craning their necks to watch what I had a front-row seat for.

I’d never been close to such magnificent sea life before. My first cruise to Alaska was completely devoid of wildlife sightings (although they did try to con us into believing that what I swear was a boulder about a mile away was really a bear). And while my second Alaska sailing more than compensated for the first, the whales, otters and eagles I saw were things I shared with everyone and not the private performance that these dolphins gave me on that sunny day at sea.

Sometimes we expect to have the time of our lives (think EVERY New Year’s Eve) and instead find nothing but disappointment. Other times, when we least expect it, the water starts to churn and suddenly, out of nowhere, we find magic.