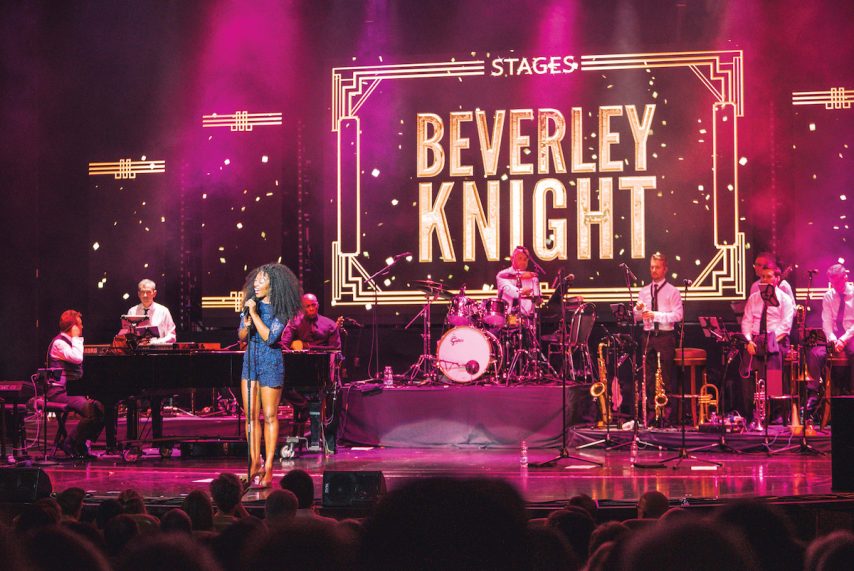 Two ladies wearing black dresses and Mardi Gras masks adorned with peacock feathers glide over and catch my attention. We form a little dance circle, and several others join in as the energy rises at the masquerade ball.

It’s close to midnight. But instead of winding down, things are just getting started on Royal Caribbean’s Navigator of the Seas. We’re having a blast, and I quickly realize the two rules for this theme cruise:

This masquerade ball is one of several options available, as bars, lounges and theaters are filled with cruisers determined to ensure the fun never ends on this night.

It’s the second leg of my back-to-back Floating Festivals theme cruises — 3- and 4-day sailings — that span a week and sail roundtrip from Southampton. These music theme cruises are unlike anything I have experienced on a cruise ship.

During my week aboard, I join thousands of people — most of them Brits and most on their very first cruise — who are here because of a shared passion for their favorite styles of entertainment. Our first sailing visits Bruges, Belgium, while celebrating 1980s British pop and rock music. The second voyage stops in Amsterdam and carries aficionados of musical theater.

Blackburn International, an entertainment agency from the UK, launched its Floating Festivals events in 2018 as it noted a rising enthusiasm for theme cruises.

During Throwback: The 80s Festival at Sea, I was partying all day long and into the night (OK, I was doing my best to keep up) with nearly 3,000 young-at-heart wannabe rockers seeking to rekindle memories of our youth.

The lineup included Brit synth-pop and rock ex-sensations — yet enduring music personalities — from what my fellow Gen Xers and I proudly call the best decade. The entire ship pulsed with energy as ‘80s music filled every space.

RELATED: Music Cruise: On the Blue and Feelin’ Groovy

Human League kicked things off on opening night as we set off from Southampton. The crowd in Metropolis Theater swayed to hits like “Fascination” and “Don’t You Want Me.”

Navigator of the Seas, of course, was gently rocking, too, as cruise ships do while they’re underway.

“Whoa!” exclaimed one nearby newbie cruiser, surprised at feeling the motion of the ocean for the first time. She turned to me and asked whether I could also feel the movement as we enjoyed the concert in the Metropolis Theater.

“Or, maybe I’ve had a few too many of these,” she said, smiling and holding up a fruity cocktail. Yes, passengers were taking advantage of their drinks packages.

The energy changed from raucous to more refined on the Stages sailing that lured theater aficionados. Musical stars such as Beverley Knight, John Owen-Jones, Michael Ball, Lee Mead, and Collabro (winners of Britain’s Got Talent) performed in venues and held meet-and-greet sessions throughout the ship during the 4-day sailing. In fact, a few dozen cruisers who had only planned to be on for the ‘80s-themed voyage were having….