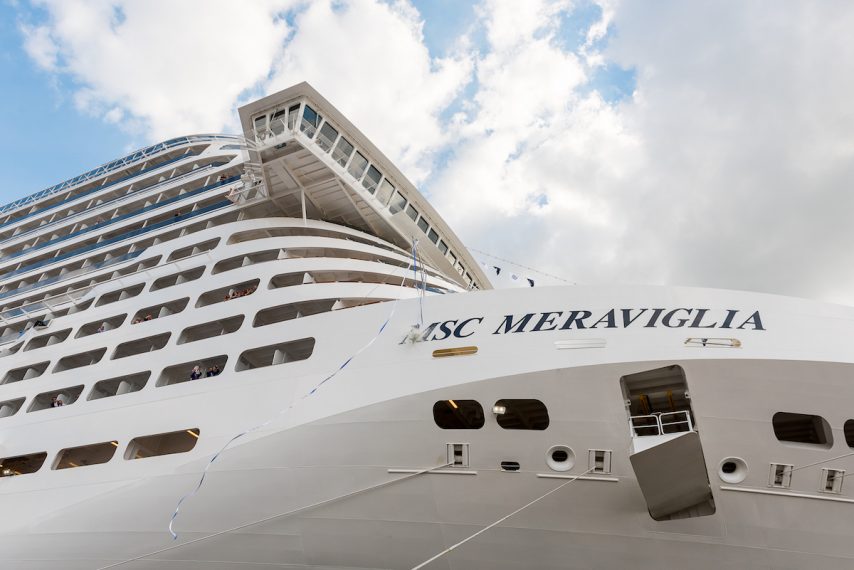 Today at the STX France shipyard in Saint-Nazaire, France, MSC Cruises officially took delivery of MSC Meraviglia, the 13th cruise ship to join the fleet since its inception in 2003.

During the ship’s flag ceremony, a centuries-old maritime tradition, the company’s newest flagship received her official flag and blessings for good fortune. The flag ceremony was attended by Emmanuel Macron, president of France, as well as other high-level dignitaries from the French government.

At 171,598 grt and with guest capacity of 5,714 (4,488 at double occupancy), MSC Meraviglia is both the biggest ship to ever be built by a European ship owner — MSC Cruises — and the biggest to come into service in 2017. She is also one of the six new ships due to come into service between 2017 and 2020 under the company’s unprecedented $10.2 billion investment plan.

During the flag ceremony, the shipyard’s pennant and the French flag were lowered, accompanied by the French national anthem, before Laurent Castaing, CEO of STX France, formally handed the ship over to MSC Cruises’ owner Gianluigi Aponte, wh 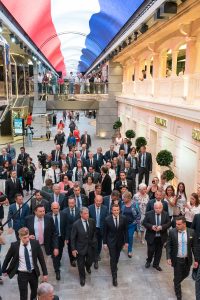 o then gave command of MSC Meraviglia to Master Raffaele Pontecorvo before the ship’s flag and MSC Cruises’ pennant were raised.

The honor of cutting the ribbon fell to the ceremony’s godmother, Zoe Africa Vago, daughter of MSC Cruises’ executive chairman, and Alexa Aponte-Vago, MSC Group’s CFO. After the traditional breaking of the bottle of Champagne, three blasts from the ship’s siren signaled the end of the ceremony.

Following the closing of the flag ceremony, MSC Meraviglia will sail toward the port of Le Havre for her christening ceremony on June 3, followed by her inaugural season sailing the Western Mediterranean.

The vessels will be part of a new “World Class,” with next-generation LNG engines and wastewater treatment systems, as well as a futuristic “Y” structure to allow panoramic sea views and increase the proportion of balcony cabins. The ships’ “G” bow, vertically positioned at a 90-degree angle, will improve stability, hydrodynamics, and guest comfort. Other innovations include family-friendly villages, a panoramic aft, and a glass pool lounge. 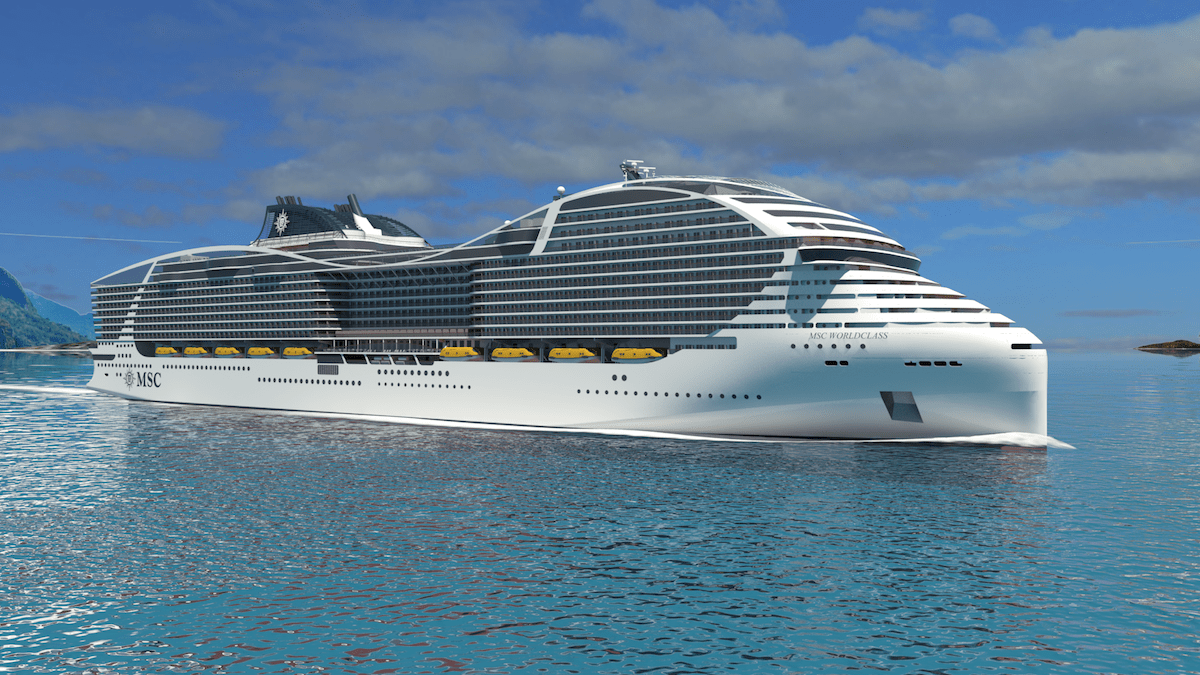