Show me the way. Sometimes, it’s not the destination, but the guide who really makes the journey. 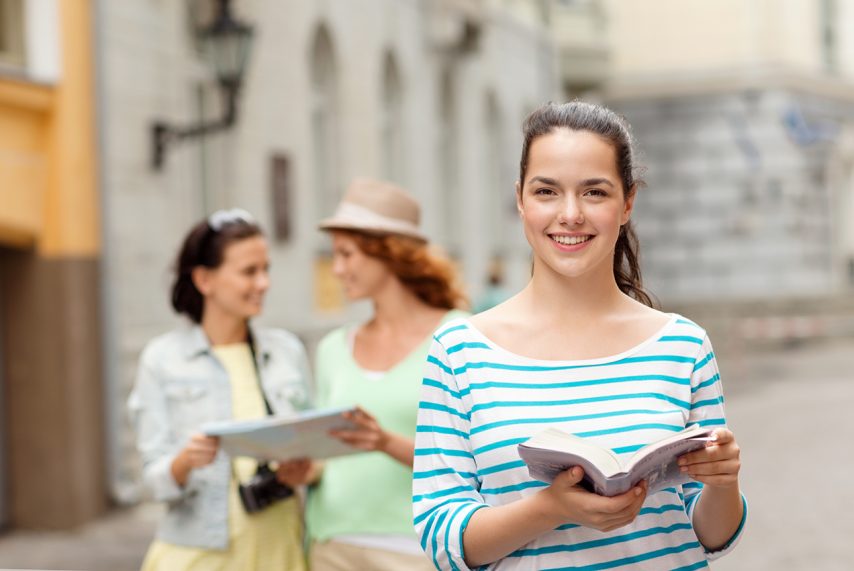 Show me the way

Sometimes, it’s not the destination, but the guide who really makes the journey.

The cruise lines have this whole shore excursion thing all wrong. I already know that places like The Vatican, The Louvre, and The Tower of London will be fascinating so let’s skip the little write-ups on what we’ll see and, instead, let us size up who’ll be taking us there.

When you get down to it, a shore excursion isn’t much different than a blind date. You agree to meet someone at a specific time and spend hours together yet you don’t know whether that person will be fun and knowledgeable or dull as dirt with a voice that sounds like they’ve inhaled helium. It all comes down to luck.

Luck was with me at The Galleria dell’Accademia in Florence when I first viewed Michelangelo’s David. Carlo, an American tour guide living in Italy, was also an art historian whose passion and knowledge brought so much life to the masterpiece that we half expected David to leap off his pedestal, throw on a pair of boxers, and join us for lunch. While David ended up staying put, Carlo guided us not to a touristy lunch spot but down side streets and through alleys to a quaint little restaurant where an adorable little grandmother fed us like it was Christmas Eve.

Luck also delivered me to Jean-Claude, an Ile de Re’ local, who introduced a group of us to his jewel-like island. Movie star handsome and wildly charismatic, his expert knowledge of the island’s tumultuous history—not to mention his really nice butt—dazzled the ladies (and some of the men) in the group. After the tour, Jean-Claude accompanied us to a seaside café where we sipped pineau, an apertif that is a potent combination of fortified wine and cognac. There, Jean-Claude discussed the island’s salt marshes and the vital role salt played in the local economy. Only Jean-Claude could make salt marshes sexy. Hell, one more glass of pineau and I probably would have gone home with him.

Sadly, for every Carlo and Jean-Claude, there is a Maria and a Franz. Maria, who — oops! — forgot to alert the bus to the time of our Aix-en-Provence tour departure, left our group standing in the Provencal sun for 40 minutes as she made phone calls trying to locate a driver. For about five minutes, all her “S’l vous plaits” sounded charmingly French but as the time ticked by I wanted to hear more urgency in her voice and regretted my inability to say “Get your French ass down here now or I’ll wipe the streets with you” in the local language. Meanwhile, in Berlin, Franz assaulted us with 13-hours of non-stop, rapid-fire narrative that felt like a machine gun assault and made me wonder if, perhaps, he was being paid by the word. I believe Franz was speaking English, but to this day, I’m not completely sure.

The world is filled with a lot of extraordinary tour guides, people who have a magical ability to make history come alive and immerse you in a region’s culture. Unfortunately, these extraordinary guides don’t conduct every tour I book.

Let us know your comments!
#destinations#excursions

One of the world's foremost luxury cruise lines is giving their guests the confidence to book a cruise vacation with an updated booking confidence program. Crystal Cruises…