Cultured Cruisers – This expedition cruise ain’t no ship of fools. 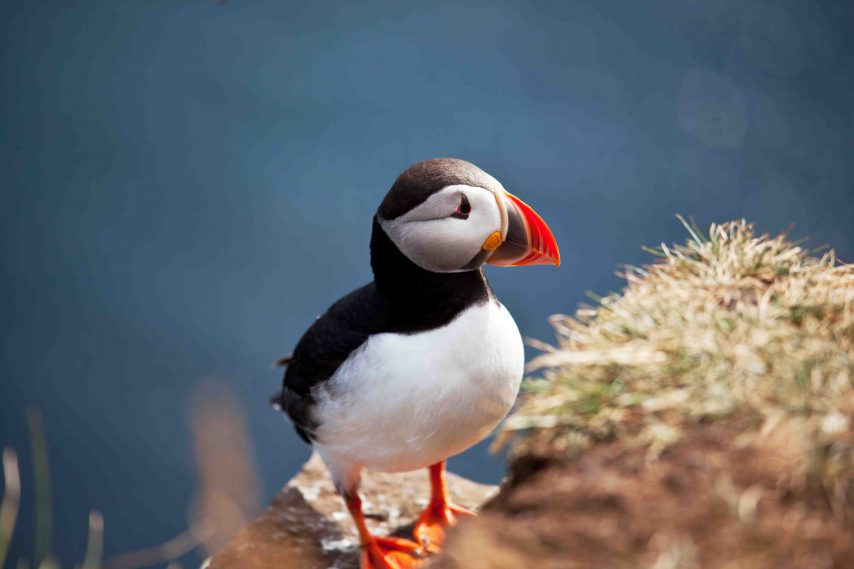 This expedition cruise ain’t no ship of fools.

Who would think an SPF-toting, rum punch–slugging, limbo-dancin’ gal like me would love an expedition ship?

Unlike the traditional cruise ship that attracts all sorts of people, expedition ships attract smart people. Very, very smart people. Clearly, people much smarter than I am.

Look around on deck of an expedition ship and you might find someone reading a book on Einstein’s theory of relativity. For pleasure. Another may be wired into his iPod but he isn’t grooving to classic rock — instead, he may be listening to a recorded lecture on geothermal power. At the rail, you’ll find an internationally recognized ornithologist, binoculars trained on the surrounding cliffs hoping for a sighting of the area’s rare avifauna (that means “birds” to me and you).

Just between us? Whatever you do, DO NOT tell the internationally recognized ornithologist that you think the puffin “sorta looks like the Froot Loops bird.” Just don’t.

My first expedition was a circumnavigation of Iceland, a magical place that brought me, in the span of nine days, from the northern city of Akureyri and its picturesque fjords to the fishing village of Húsakvik and the world’s only penis museum (otherwise known as the Icelandic Phallological Museum).

From there, we sailed to the strange rock formations of the moonlike Djúpalónssandur, past the island of Surtsey (formed in 1963 from volcanic eruptions) and on to the private Vigur Island and its abundant bird life. We hiked Heimaey, a volcano that erupted 40 years ago yet remains so hot that, on the anniversary of the eruption, locals bake bread by wrapping raw dough in aluminum foil and dropping the package down the volcano’s craters (which means that the volcano’s temperature is a heck of a lot more predictable than my oven at home). We ended up in Reykjavik, a semi-bustling city with a cool vibe that is a short hop away from the Blue Lagoon, a steaming spa with mineral-rich waters that even the biggest germophobe will gleefully immerse themselves in.

I didn’t do any shopping during my Iceland expedition and I didn’t get a tan. Instead, I experienced a different, mind-expanding approach to cruising that, thanks to the fascinating destination, offered even more of the camaraderie that makes any cruise so enjoyable.

And though my shipmates were highly educated, extremely knowledgeable, and used big words, I felt like I fit right in.

Except, of course, for that Froot Loops bird comment.