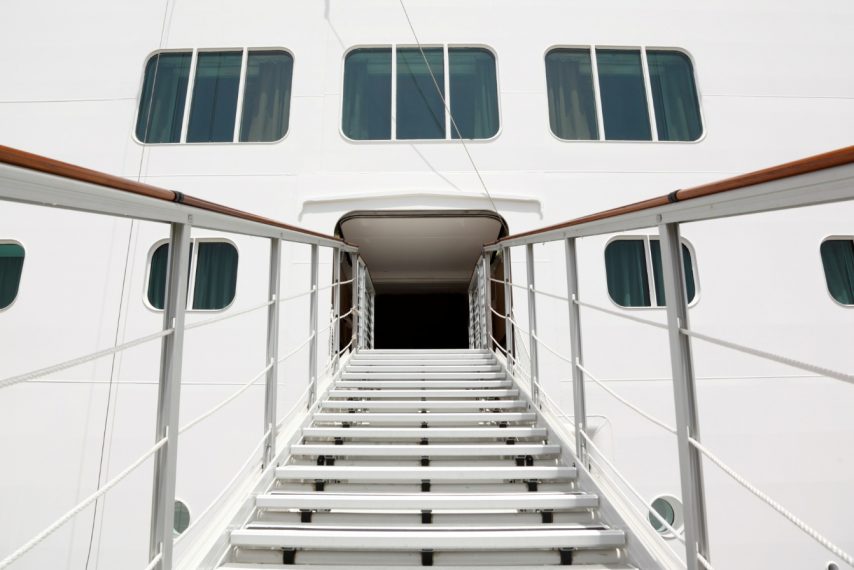 Suitcase ready, passport ready, now get me on the ship!

Before days of lazing in a deck chair beneath sunny skies, before sumptuous meals in enchanting dining rooms, before glorious sunsets and exotic ports, there is embarkation.

Embarkation is a cruise ship ritual that affords guests an opportunity to check out who they’ll be sailing with and count the screaming children who’ll monopolize the pool on sea days. It is the means by which you may register the credit card where every dime you spend on board will be applied and where your security ID photo (always horrifying, but more so if you’ve just arrived after a long flight) will be snapped.

Embarkation can range from a stress-free stroll up the gangway on the smallest ships to something that resembles a mid-recession job fair on the largest, with the only difference being that you approach the desk with your passport instead of your resume.

My oddest embarkation occurred years ago in Southampton, England, where, as a freelance travel writer, I was to review an inaugural sailing of a new ship launched by a line little known in the United States. My travel companion and I joined the queue (hey…this was England…) and, when it was my turn to present my passport, the official gasped, alerted several others, and urgently whispered “VIP! VIP!”

My friend and I were greeted warmly, told that our embarkation would be separate from the general one, and were lead to a doorway where we descended a rickety metal staircase, walked the equivalent of a city block in the rain, and ascended a second rickety metal staircase before emerging into the corridor of the ship — exactly where the “general group” was assembled.

With its often long lines and waiting times, security checks and unflattering ID photos, embarkation is no one’s favorite part of a cruise.

But it sure beats disembarkation, every time.