Cabin Fever – Cruising can push the buddy system past the breaking point. 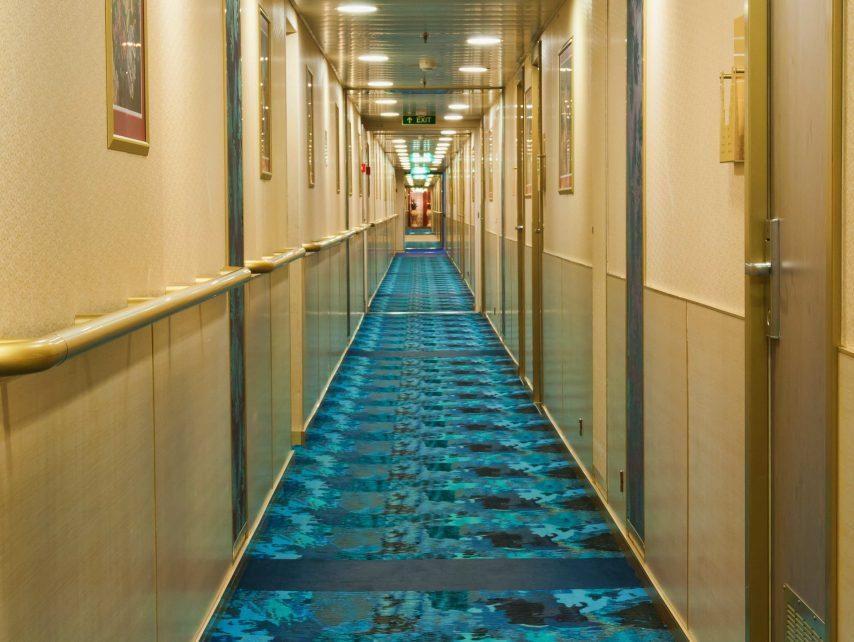 Cruising can push the buddy system past the breaking point.

“Now, for the first problem. Which bed do you want?”

That was my first clue that the friend I would be cruising with would not be the ideal travel companion. We were on the phone planning our 7-day Caribbean sailing when the question was posed. Up until that moment, I always believed that bed selection was determined by who dumped what hand luggage where when first entering the cabin. She, obviously, didn’t share that belief. And, after a week of her and her domineering ways, it was abundantly clear that she wouldn’t share my cabin again either.

My cruise companions over the years have often been a challenge, with quirks that ranged from simple eye-opening peculiarities to outright future-cruise deal breakers. There was one who used a new bar of soap for every shower and when asked why, explained that the previous bar had fallen to the shower floor so it was dirty. Another was such a downer that I disembarked the cruise three days early just to escape her whining and listlessness. And, of course, there was the single friend looking … desperately … for a husband and auditioning quite a few of them throughout the sailing.

I thought cruising with mom would be safe until the evening when she told a group of our shipmates that I had had diarrhea all week and was getting my period soon. And, of course, there’s my husband who I can pretty much count on for one — luckily only one — sloppy drunk evening where he knocks silverware off the table and makes loud, authoritative declarations that sound like “Ah zha da boo dah.”

You might be wondering if I’m such an ideal cruise companion myself. I’d like to think I am. But I’ll admit that a few times each cruise I’ll misplace my key card, which triggers a tantrum bordering on the irrational. And I like the temperature of the cabin to be around 60 degrees. And I like to go to the ship’s gym early each morning, which wouldn’t be so bad except for the fact that I can never find my workout gear. And I’ve been told that I open and slam drawers in search of it and leave cabinet doors open, which swing and squeak with the motion of the ship after I leave. Once, after a few days of this, a friend complained that she was actually able to sleep later when she was home and working than she could when traveling with me.

So I guess when it comes to cabinmates, no one’s perfect.

And that’s why one can only hope that cruise lines’ single supplements go the way of steamer trunks.