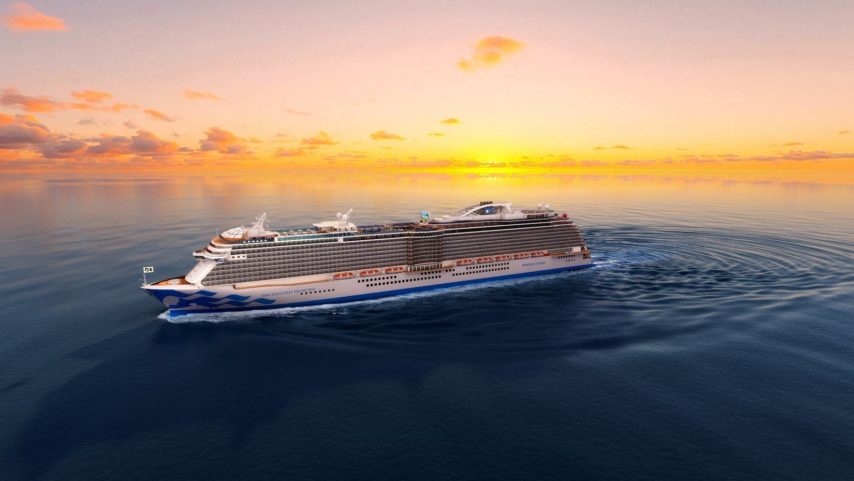 Fleet expansion is all part of the plan for Princess Cruises, who announced the name of their latest build scheduled to launch in 2020. Enchanted Princess, as the ship will be known, is the fifth ship in Princess Cruises’ Royal-Class vessels.

Why the name Enchanted Princess?

Jan Swartz, president of Princess Cruises, explained why “Enchanted” was the right choice for this ship.

“The name Enchanted Princess is captivating and conveys the elegance and grace of our new ship which will introduce more travelers to the pleasures and value of cruising,” she said. “We are certain Enchanted Princess will exceed the expectations of our guests, ensuring they have the most memorable cruise vacation.”

The ship is the 4th new build for Princess Cruises in recent years and the cruise line has no plans of slowing down anytime soon. There are several more new ships on the horizon, some which are set to be powered by natural gas instead of traditional diesel fuel. The arrival of Enchanted Princess will be followed by the debut of the sixth Royal-Class vessel for Princess Cruises in 2022.

Construction on the 143,700-ton, 3,660-passenger Enchanted Princess is in the hands of famed Italian builder Fincantieri Monfalcone shipyard. Enchanted Princess feature an evolution of the design platform used for the cruise line’s previous Royal-Class ships.

Princess Cruises plans to launch Enchanted Princess on her maiden voyage on June 15, 2020 with an inaugural cruise around Europe. Bookings for the journey open in November of this year.