Meet the Man Who Calls a Cruise Ship Home 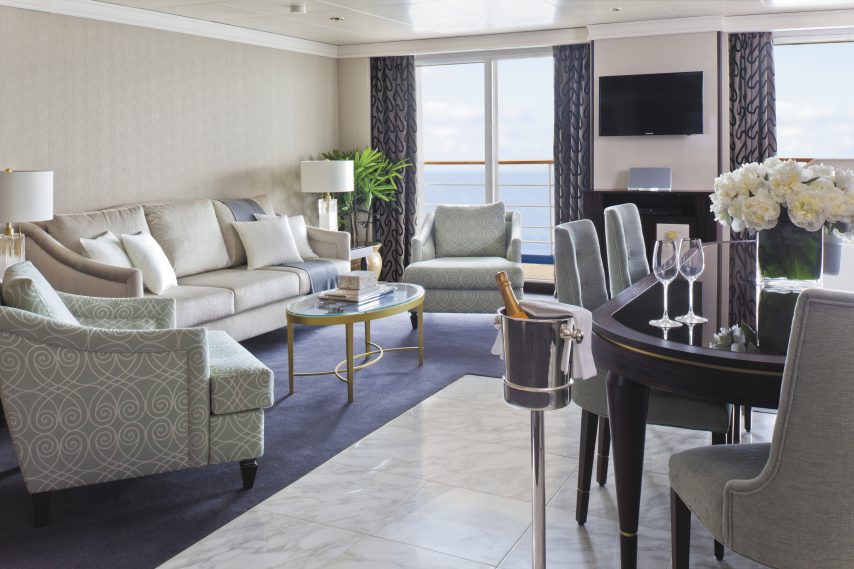 Imagine waking each morning to the incandescent glow of the vibrant sun, the tranquil sound of the sea, and the fresh scent of the ocean air wafting across your bed. The breeze playfully blows back the translucent curtains as you shower and dress, preparing for the delightfully displayed breakfast feast that awaits you. You begin your day mindful that high tea is at 4 p.m. and you’ll enjoy fresh fish for dinner at 6 p.m.

Sounds like a fantasy, but for Morton Jablin, it is a reality. The charming 96-year-old retiree has called Regent Seven Sea Cruises’ Seven Seas Navigator home for the past 15 years. His long tenure on the ship has earned him the affectionate moniker “Captain” from the crew, whom he considers family.

Jablin isn’t cruising’s only resident. There’s Mama Lee Wachtstetter, author of I May Be Homeless But You Should See My Yacht who has lived on Crystal Serenity the past 10 years. And “Super Mario” Salcedo, who spends most of the year on Freedom of the Seas and the rest on what he calls his “week off” or “vacation week.”

I once spent 100 days living on a ship traveling throughout Europe. Still, I often fantasize what it would be like to trade in my modest Big Apple crib for an even smaller living space on an even longer voyage. When I learned that I would be traveling with Jablin during a recent New England/Canada cruise, I was determined to find the retiree-turned-full-time-cruise-ship-resident. I mean, just imagine being lulled to sleep by the soothing sounds of the ocean and gentle swaying of the ship every night … and being awakened by some exotic location’s sunlight pouring into your cabin each morning?