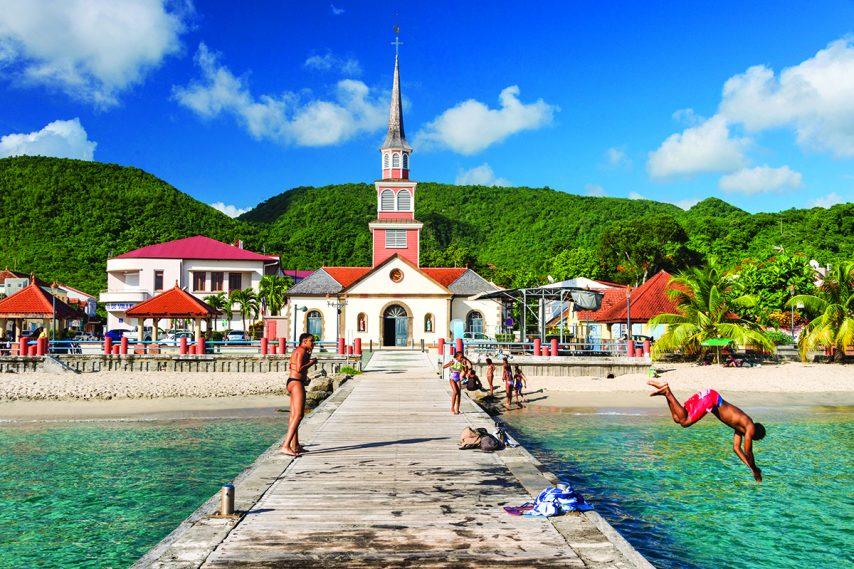 You feel it in the boutiques of Trois-Îlets, in the ruins of Saint-Pierre, in the shade of Fort-de-France’s Parisian buildings, and in the countryside’s rum tasting rooms. Martinique is an island on the upswing.

Cruise visitors have increased ten-fold in the past seven years and are rediscovering this stalwart of the southern Caribbean. What they find is a playful mix of French chic, Caribbean hospitality, and volcanic history. Down here, 1,500 miles southeast of Miami and nestled between St. Lucia and Dominica, Paris meet Pompeii among the palms.

Martinique is undeniably and joyously French. As a territorial collectivity of France, Martinique flies the French Tricolore and residents vote in French elections. While the soft melodies of the French tongue serve as a soothing undercurrent to the Antillean Creole patois of the island, English is well understood, especially in areas that cater to cruise visitors.

In the capital of Fort-de-France, the Parisian influence is evident. Bibliothèque Schoelcher, an ornate library named after revered French abolitionist and writer Victor Schoelcher who died in 1893, was built in France in 1889 as a pavilion for the Paris World’s Fair. It was later dismantled and shipped to Martinique.

The Cathédrale Saint-Louis, designed by a contemporary of Gustave Eiffel, Pierre-Henri Picq, in 1895, features a distinct iron frame that has earned it the nickname the “Iron Cathedral.” Down the street, the sleek glass front of the Grand Marché hides an….