Luck, Be a Cruiser Tonight! – Hot streaks happen — whether we want them or not. 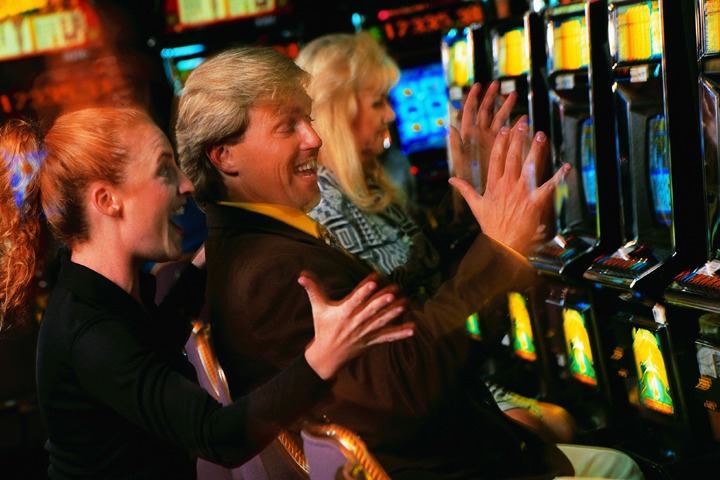 Luck, Be a Cruiser Tonight!

Hot streaks happen — whether we want them or not.

“Wait! I’ll go with you! Just let me get rid of this,” I say to Rosemary as she’s headed for the ship’s piano bar.

What I’m looking to “get rid of” are the credits I’ve amassed at a slot machine aboard ms Veendam. And, darn it, I keep winning. My original 80 quarters is now up to 200 and I really want to leave so I’m getting a little annoyed at how long my $20 bill has lasted. Oddly, I’m just as annoyed as I am when I fly through $20 without one winning spin — not even the cherries that award a pathetic two-coin payback.

The truth is I’m not much of a gambler. Atlantic City is my idea of the seventh circle of hell and on my one trip to Las Vegas at Christmas three years ago, my husband and I changed our flight to come home two days early. We were desperate to escape the noise and the crowds of Sin City (and we’re from New York) and elated that we’d be spending New Year’s Eve in Queens instead.

Despite my aversion to casinos, there’s something that draws me to the slot machines when I’m at sea. Maybe it’s because I did win big once — $1,253 dollars — during the Carter administration, I think it was. There was major fanfare: Sirens went off and for a minute I thought we had to abandon ship until I realized the deafening shriek was coming from my slot machine and the little animated rabbit was dancing around on the screen atop the machine and vomiting dollar signs in celebration of my win.

I remember turning gleefully to those around me expecting hugs and smiles. After all, I had proven that it was indeed possible to confront the one-armed bandit and emerge victorious. But that wasn’t the case. Instead, one by one, they cashed out and moved to another section of the casino as though I had contaminated the area or had B.O. One woman snipped that it was HER money I had won, since she had been playing my machine, left to go to the ladies room, and came back to find me in her place.

I suspect I’m ignorant to the proper etiquette of casino gamblers. The point is to actually win, so being rather vocal about trying to exhaust the credits in this darn slot machine and go somewhere else is attracting hostile looks from other players. I shudder to think what would happen if I actually hit the jackpot.

But that ship has sailed. My money’s gone and I’m off to the Piano Bar. But will I be back at the casino tomorrow night? You can bet on it.

Have you had a big casino win – or loss? Tell us about it in the comments below!