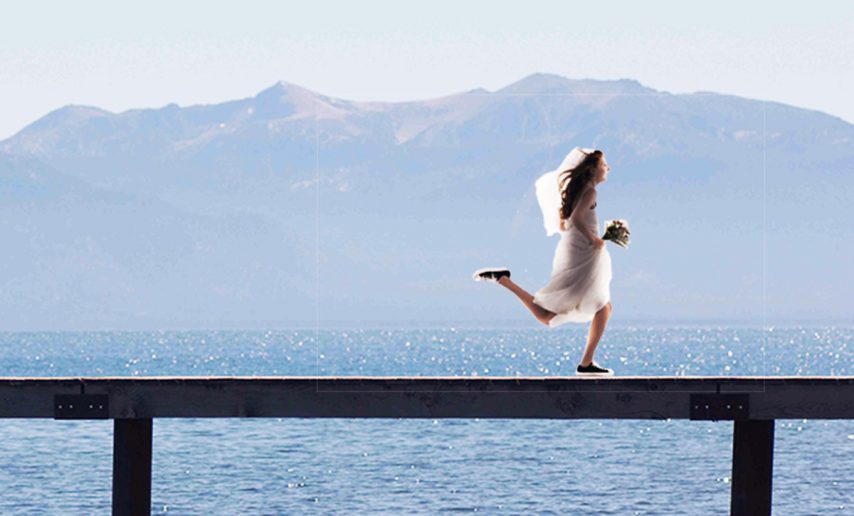 They say you can’t run away from problems … but you can sail away from them. In fact, that’s how I ended up on my only Atlantic crossing.

I was 23 years old and engaged, something I soon realized wasn’t the result of any desire on my part — and maybe even his— but simply a by-product of having a circle of friends that one by one were dropping — nuptially speaking — like flies. Discussion of stuff like china patterns, cakes, favors, and flowers dominated every social occasion and under the relentless pressure, I and my boyfriend caved.

Suddenly, I was wearing a diamond ring and had a wedding date despite doubts that were triggered by our significant cultural differences, his domineering manner and his obsession with money (read “cheap”). Equally concerning was his insistence that we honeymoon not on a cruise but in Niagara Falls.

That clinched it. He had to go.

In no time, the ring was off and we were faced with the awkward task of returning engagement gifts. (I suggested we tell everyone his car was broken into and they were all stolen, but he wouldn’t go for it.) And instead of visiting bridal salons, I found myself at a travel agent desperate to escape not my ex-fiancé so much as the friends and family who seemed highly offended that I pulled the plug on the big party they were expecting to attend. I walked out of the agent’s office with documents that confirmed I’d be sailing that weekend to Southampton aboard QE2 — the Atlantic Ocean offering the dramatic separation I was after. I’m all about drama.

I’ll admit the 23-year-old me was a bit apprehensive about crossing the Atlantic (though when I saw the age of my shipmates I felt pretty safe, since I’d fall firmly into both categories of that “women and children first” thing). On my previous sailings, you couldn’t swing a cat without hitting another port of call and now I’d have five uninterrupted sea days before we’d glimpse land. Adding to my concern was hearing everyone refer to our sailing as “The End of the World” cruise, a term I found a bit ominous in my fragile emotional state. It was several days before I realized that the crossing was the final segment of the ship’s world cruise and it wasn’t as if Cunard had some scoop on an impending Armageddon.

As it turned out, the crossing was relaxing and my first-ever week in London, invigorating. Best of all, I returned home to find the shock and awe that surrounded my wedding plans, or lack thereof, had dissipated. I still saw my ex occasionally and remain friends with him to this day. He’s never been on a cruise and has no desire to try one, which just confirms what I believed all those years ago: Our marriage would never have lasted.