Look Past the Tourist Trap: Miami 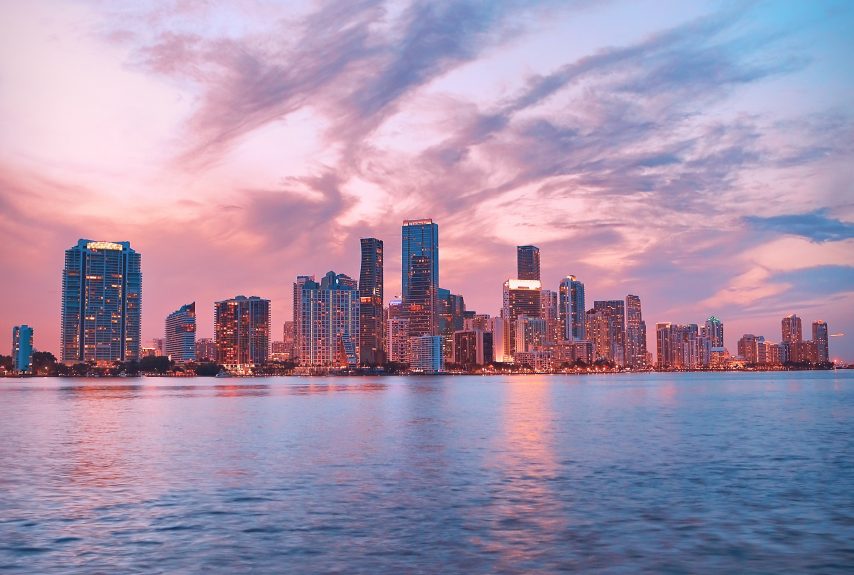 The city of Miami is home to a picture-perfect beach and raucous South Beach nightlife, but there’s a whole lot more to this place than meets the eye. From stellar restaurants to historical places, most don’t realize that Miami has something for everyone. On top of being a premier vacation destination, Miami also boasts one of the busiest cruise ports in the world, so if you’re a tourist, here are some can’t miss spots for your next vacation in the Magic City! 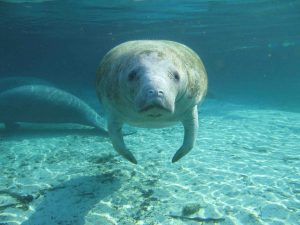 Miami is home to plenty of fun critters of the land, sea and sky, but few as unique as the Manatee. These floating behemoths stick to the shallow brackish waters of the intracoastal which snakes its way through South Florida. Those looking to spot one of these gigantic sea cows should head north of downtown to Manatee Bend Park in Miami’s Little River district. Once an endangered species, manatees were often mistaken for mermaids among weary sailors after a long voyage. They can grow to 13 feet long and weigh well over 1,000 pounds, so they’re hard to miss!

The park has a seawall that makes peering into the shallow water for a glimpse at these cool animals easy for all ages. The park is conveniently located near the John F. Kennedy Causeway, so it’s only a quick ride for those staying in north Miami hotels like the Hampton Inn & Suites Miami Midtown. 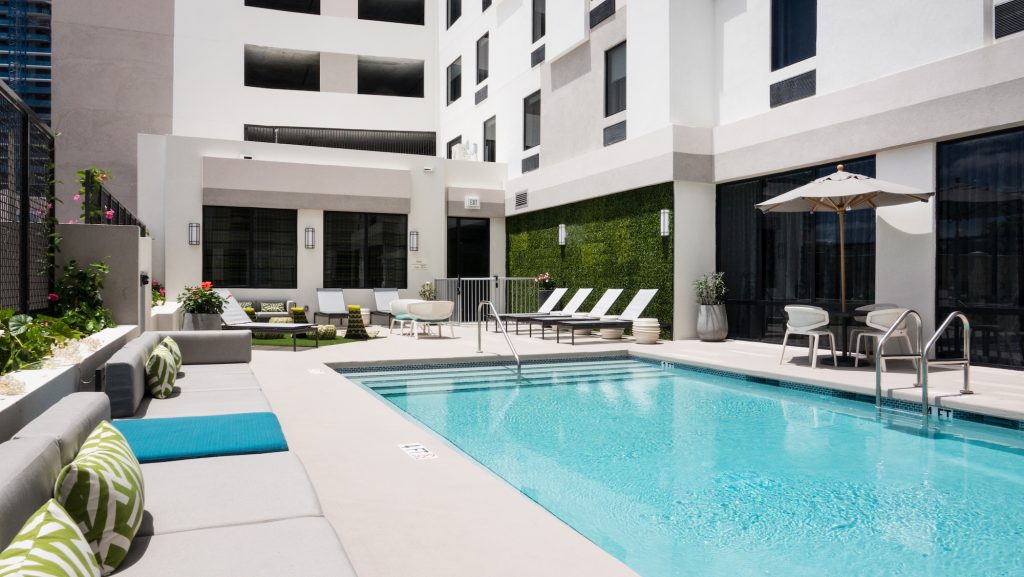 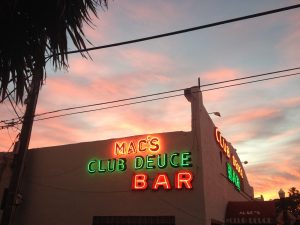 We get it, when you come to South Beach you want to cut loose and enjoy a city known for its stellar nightlife and club scene. The allure of hotspot nightclubs like LIV, Soho Beach House or Story is obvious, but it’s Mac’s Club Deuce where Miami nightlife got its start way back in 1964. The oldest bar on Miami Beach, Mac’s is a dive where the price is right, the pool tables are waiting and the crowd is friendly. Chef, author and travel savant Anthony Bourdain was a fan, once telling Food & Wine magazine, “Even if you hate South Beach, this place singlehandedly makes a good argument for drinking in South Beach.”

Tucked on a side street between Ocean Drive and Washington Ave in the heart of South Beach, Mac’s is a great place to kick off your night or as a last stop as your evening comes to a close. The central location makes it an easy find for those staying at nearby South Beach hotels like the Hilton Bentley Miami/South Beach. 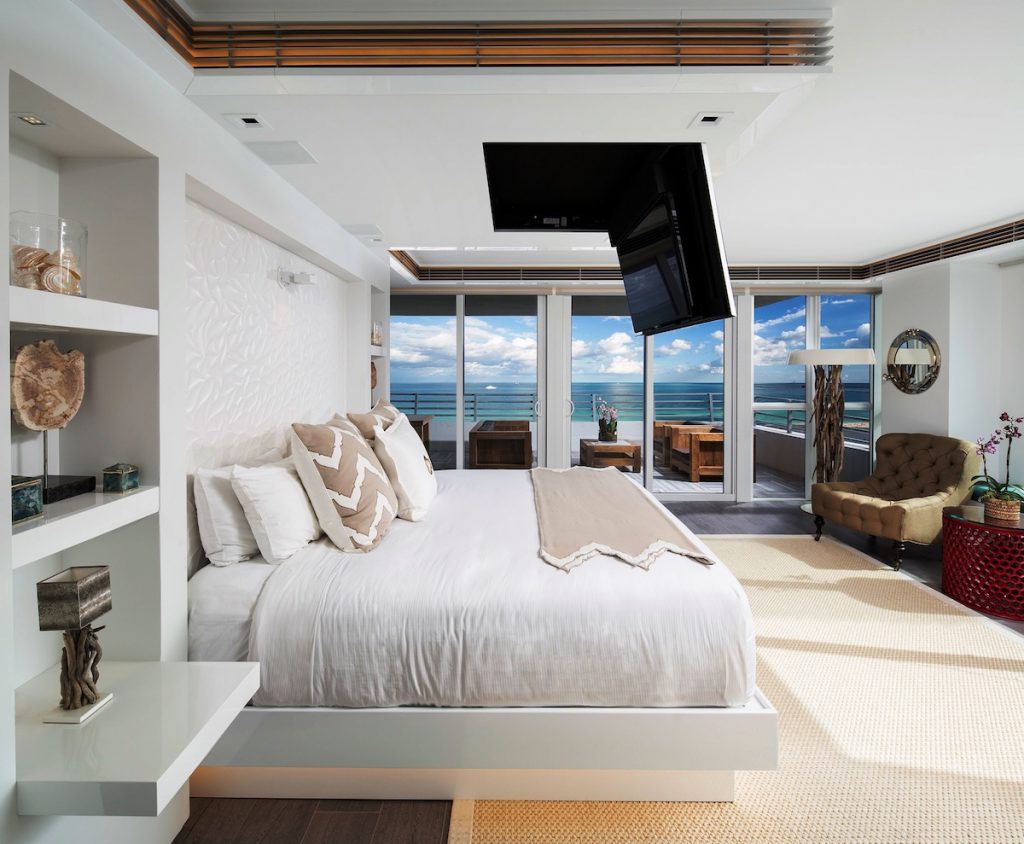 With its neon glow and nightclubs that never close, South Beach has a reputation for glitz and glamour. However, once you leave Ocean Drive behind, Miami’s historical past comes into focus. Long before the “Mother of Miami” Julia Tuttle moved to the Sunshine State at the turn of the 20th Century, it was the Tequesta Indians who called the region home. The Miami Circle National Landmark is an archeological site uncovered in 1998 which dates back around 2,000 years. The site is a perfect circle with evidence of a structure built on the site, which archeologists say could point to religious or ceremonial significance.

Located along the mouth of the Miami River, the site offers fantastic views of the Miami River and the channel which heads out to sea. There’s also plenty of green space to spread out and enjoy an afternoon away from the hustle and bustle of the Magic City. Guests staying at downtown hotels like the Hampton Inn & Suites by Hilton Miami Brickell Downtown can head just a few blocks north to follow the River Walk Trail to the Miami Circle National Landmark site. 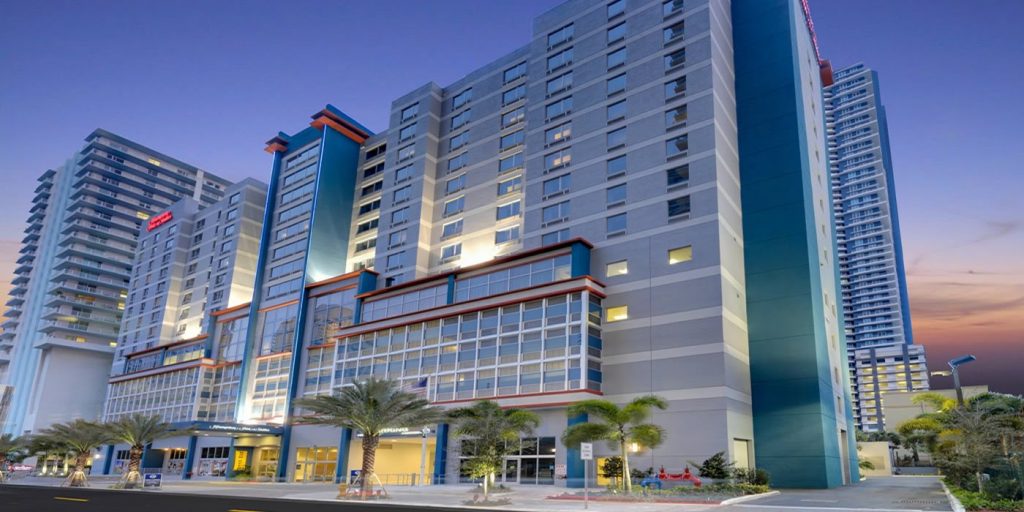 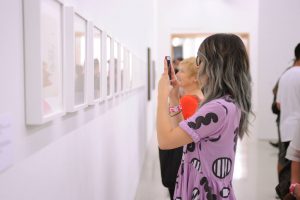 What’s the point of coming to a tropical paradise if you aren’t going to make your friends and family back home jealous? Your pictures of palm trees and crystal blue water are social media worthy, no doubt, but the Pérez Art Museum Miami is the place to check out for truly inspiring views. PAMM, as it’s called, features contemporary art inspired by the multinational city in which it resides. Exhibits rotate throughout the year and include everything from paintings and sculptures to music and performance art of all varieties. It’s location near popular downtown hotels near Port Miami like the Hilton Miami Downtown makes it a convenient stop for those heading to a waterfront dinner at one of the many restaurants dotting the Miami River district. 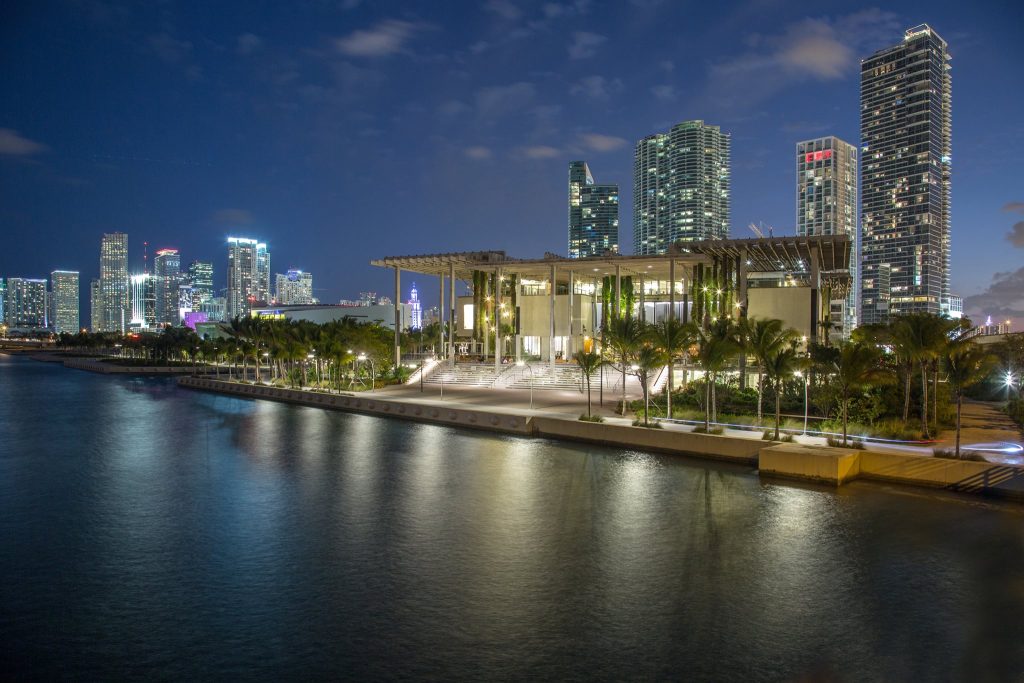 When it comes to food, Miami is no slouch. While most are right to believe the Latin American influence has led to some great restaurants, Miami is a melting pot of culture from all over the world. At Rouge in North Beach, a blend of French and Moroccan cuisine comes complete with live jazz and gorgeous al fresco dining for an experience food-lovers will rave about. If all you know about Moroccan food is couscous, then Rouge is the perfect place to expand your culinary horizons. The restaurant feels like a set from the movie Casablanca with its intimate ambiance and authentic Moroccan sights, tastes and sounds. If you’re looking for romantic evening to start or end the perfect Miami vacation, Rouge should be at the top of your list. 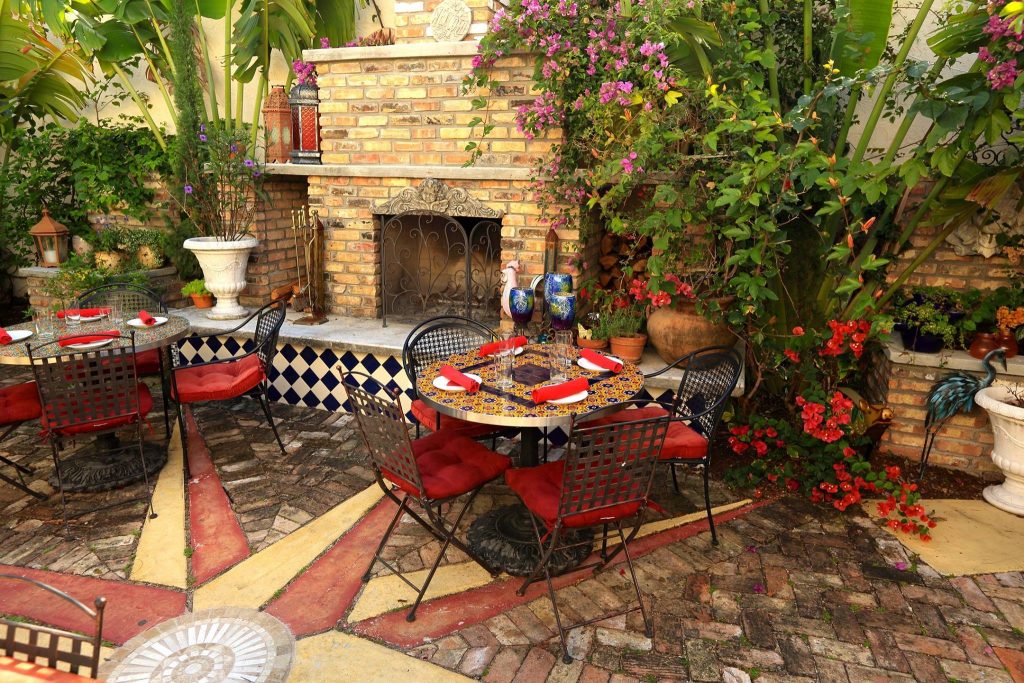 Like every city, Miami has it’s tourists traps. But stick to the spots above and you’ll get a sense of what living in the Sunshine State is really all about!