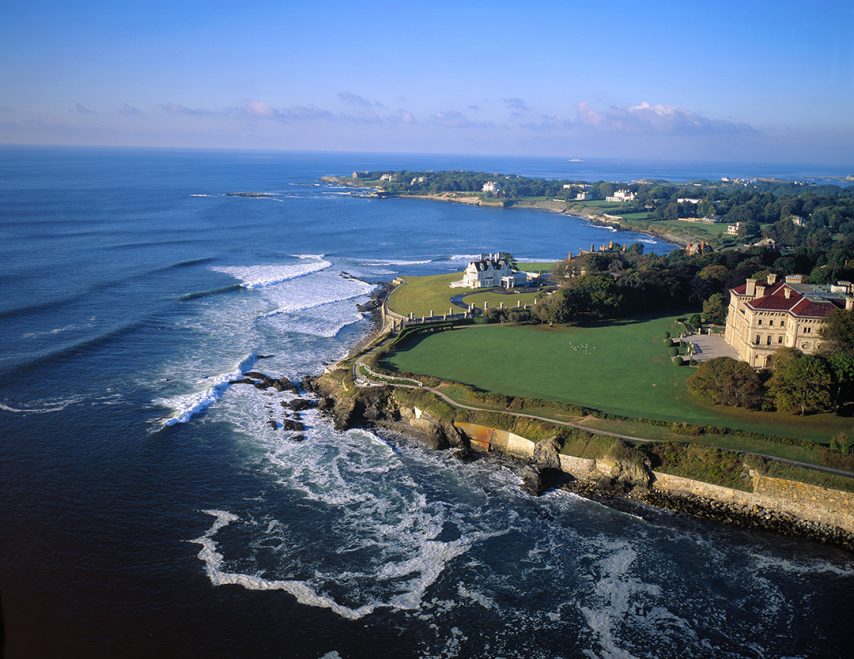 City by the Sea

As an 11th-generation Newporter, I’ve lived in the area nearly my entire life — and am still amazed by it. Nestled on Narragansett Bay in southern Rhode Island, this City by the Sea is known for its yachting, Gilded Age mansions, and 376-year history. All of that is accessible to visitors, and is especially beautiful in the fall when stunning foliage makes the perfect backdrop. I get to cover all of this as editor of Newport Life magazine, so I have a few tips for experiencing the best of Newport.

Nearly one million people visit Newport’s mansions each year to see where barons of the industrial revolution entertained each summer. Featuring the era’s best architects; the most expensive marble, velvet, and gold; and portraits by the greatest artists, the mansions should not be missed. The Breakers is the biggest and most impressive, with a worthwhile audio tour. For a more modern view, visit Rough Point, home to heiress Doris Duke and her pet camels that grazed on the lawn.

Hop the Jamestown Newport Ferry for a quick trip across the bay, where the third-oldest lighthouse in the country, Beavertail Lighthouse and Museum, boasts an idyllic bird’s-eye view from the tower.

The city’s most popular attraction is conveniently free. Cliff Walk, a 3.5-mile trail along the rocky coast abutting Easton’s Beach, has views into the mansions’ backyards. Forged by servants in the early 1900s, the mixed-surface path winds around, down, and up, so grab a map in advance to navigate properly, and don’t stray down the cliff.

While wandering is fun for the soul, standing with a map blocking the sidewalk is a hindrance for locals going to work. Use your phone’s GPS to make it easier for everyone to enjoy Newport’s historic streets. And watch out for the cobblestones!

Eat Around the Town

It’s no surprise that seafood is our favorite dish — it’s the Ocean State after all. Rhode Island fishermen bring in the most squid in the nation, and while much of it is exported, fried calamari is on the menu at most area restaurants. It’s better grilled or sautéed, so ask your server. Clam chowder is another staple — the lighter Rhode Island–style broth has chunks of clam and potato. Try it at The Brick Alley Pub’s buffet, where you’ll find the history of Newport on the walls and in locals’ table conversations.

The city is part of Aquidneck Island, named for an Indian chief, and was originally called Rhode Island when first founded. The State of Rhode Island and Providence Plantations is the oldest state name in the country, too, for the smallest state, no doubt. You don’t have to regale us with your historic knowledge, but knowing that you’re on an island is pretty handy.

The Best $10 You’ll Ever Spend

Newport is a walkable city, especially the downtown wharves area where you can easily spend a day wandering into boutiques and restaurants. To get further afield, buy a $6 day pass and quaint trolleys will shuttle you to a Bellevue Avenue mansion, Newport Vineyards for a wine tasting, and to Easton’s Beach for….