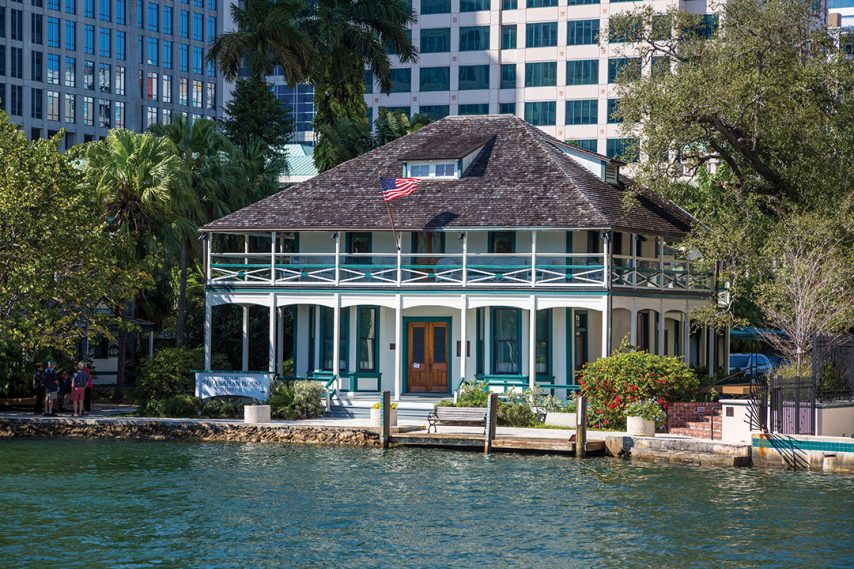 Fort Lauderdale’s famous canals have earned it the moniker of “The Venice of America.” Year-round, on any given morning, you can see the fortunate who get to live and visit here out on their paddleboards, Jet-skis, yachts, and whalers. Then there is the city’s Spring Break alter ego — Fort Liquordale — which is built on a reputation of bikinis, bleach blond hair, buff bods, and a whole lot of partying, most likely due to the 1960 coming-of-age film, Where the Boys Are.

When I moved here nearly 7 years ago, it was the latter I had imagined. However, what I discovered was a city with a rich history, a strong connection to the water, and a growing arts and tech community. There probably hasn’t been a better time to be in Fort Lauderdale.

Tourist Tips
There are two major “Don’ts” for tourists here: 1.) Don’t forget to put on sunscreen, even if it’s cloudy. Trust me. 2.) Don’t be afraid to wander off the touristy trail that is Las Olas Boulevard, which is home to some great shops and restaurants. It will also take you directly to the beach, but it’s worth exploring further as well.

If It’s Free, It’s For Me
Lingering on the warm sand and splashing in the salty Atlantic is a major reason people come to Fort Lauderdale. Certainly, this natural attraction is one of the best free things to do, but there are other happenings throughout the year that won’t cost you a dime.

For example, visit between May and October, and you’ll find yourself right in the middle of turtle season. The nests are marked to track and protect the unhatched sea turtles. Once it gets dark, go a little north or south of Fort Lauderdale Beach proper to camp out for a chance to see a nest breaking. You can sign up for a guided sea turtle watch or take your chances on your own. If you’re lucky enough to catch this miraculous event, remember not to pick them up and never use a flashlight or your camera as it might disorient the turtles during their race to the sea.

If art is more your thing, Flagler Arts and Technology Village (otherwise known as FATVillage) hosts an art walk on the last Saturday of every month. The warehouses, offices, and shops nestled between Andrews Avenue and Sistrunk Boulevard open their doors to become a public gallery and art space. Each month features different artists, live performances, and food trucks to get your grub on. For the tourist, it’s an opportunity to experience a vibrant part of Fort Lauderdale that’s undergoing a period of rebirth. For the art lover, it’s a chance to check out the local art scene and find that souvenir that’s a step above a postcard.

How Not to Look Like a Tourist
Fort Lauderdale is one of the few places where you can sport a typical touristy look without sticking out like a sore thumb. Khakis, Polo shirts, baseball caps, and sandals are all welcome here. Although it does show up here and there, you won’t find as much Miami flash; Fort Lauderdale is more relaxed. Fashion tends toward preppy, relaxed beach chic, or elegant resort wear. Just keep in mind that socks and sandals don’t pair well together no matter where you are.

Eat Around the Town
Like any coastal city, Fort Lauderdale specializes in seafood. There are tried-and-true gastronomic landmarks such as the New England lobster at Kelly’s Landing or the blackened dolphin sandwich at Southport Raw Bar. Other hidden gems are making their mark as well. The Fish and Chips at Foxy Brown are the best….