The crossroads of Europe and Asia has never been more inviting for travelers. 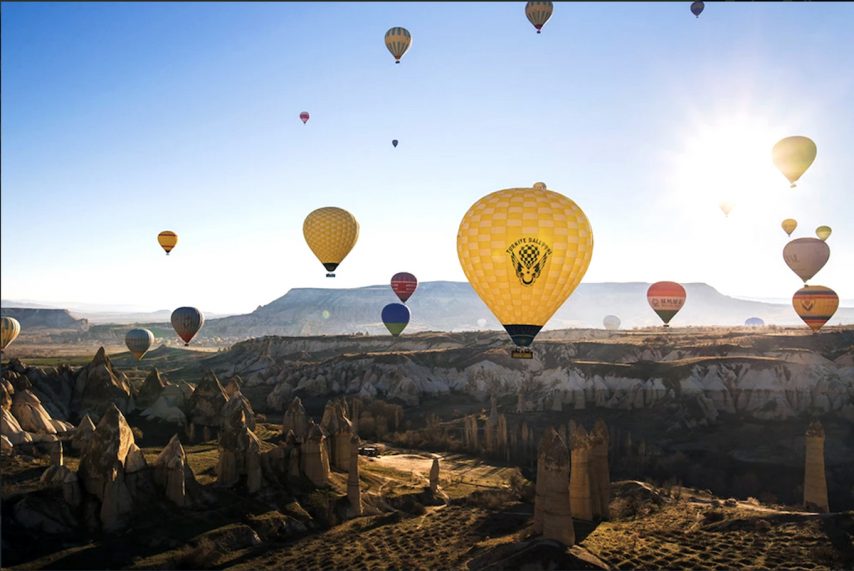 I love to cook up spirited itineraries for my nomadic travels and Turkey provides delectable key ingredients: ancient history, intriguing culture, and fabulous food. Together, they create the perfect recipe for an engaging Middle Eastern adventure. Over the course of centuries, the capital of Istanbul (once Constantinople) has earned its regional and historical influence. While this city of cities could never be considered a new cruise port, fresh initiatives have contributed to a reemergence of Istanbul as a sought-after destination.

Arriving by cruise ship is always a bonus, but extra days visiting a trio of land-based destinations provide a deeper experience of this fascinating country, perfect for pre- or post-cruise alternatives. My long-held hopes for a visit were conveniently facilitated by a Turkish Airlines non-stop flight from Miami; waking up on arrival in Istanbul was a virtual and literal eye opener, thanks to a restful night’s sleep on the airline’s business-class, flat-bed seat.

With things to see, food to eat, and culture to experience, I hit the ground running and turned to Tura Tourism, one of the largest inbound tour operators serving individuals as well as a majority of cruise guests from visiting ships. What impressed me the most was the guest-centric attitude of the personnel. From the driver to the smiling personality of the private guide, every moment provides the feeling of warm hospitality and expert knowledge. As a general rule, securing this type of elevated service is only available by private arrangement; however, Tura Tourism’s association with many cruise lines provides visitors with top-quality tour alternatives in a secure environment.

The Intrigue of Istanbul

The single most iconic presence in Istanbul is undoubtedly the Sultan Ahmed Mosque, popularly known as the Blue Mosque. Constructed in the early 1600s, the interior walls are adorned with 20,000 hand painted Isnik tiles while the exterior is capped off by five main domes, eight secondary domes and six minarets. Bathed in blue lights at night, the mosque creates an absolutely stunning skyline spectacle.

The nearby Hagia Sophia with its Byzantine architecture supporting its massive dome also demands attention. Originally constructed in 537 C.E. as an Eastern Orthodox church, later transformed to a Roman Catholic basilica, and then an Ottoman mosque, it was the world’s largest cathedral for close to one thousand years. Today, it is officially a museum visited by over 3 million people per year.

My addiction to anything cruise-related is satisfied by a 3-hour private cruise up the Bosphorus Strait. This essential waterway is lined with Ottoman-style homes that serve as lifestyle retreats for the city’s affluent sector.

No visit to Istanbul would be complete without experiencing the entertaining drama of the vendors of the famed Grand Bazaar, where bargaining is not only accepted but expected. A heated session in one of the nearby hammams, or Turkish bath houses, is another journey into authenticity — as is a venture through the Topkapı Palace complex, the 15th-century headquarters of the Ottoman Empire.

World-class dining is available throughout the city, but for me the local engagement of eating meze selections is the way to go. These mini-meals consist of an assortment of hot and cold dishes brought out on a tray for diners to choose from. If seafood is your cup of tea, nothing beats the bounty of the Bosporus, with restaurants across the city serving up freshly caught fish.

Well-preserved ruins of biblical proportions can be reached in a brief pilgrimage to Ephesus, a short drive from the coastal resort city of Kusadasi. Regardless of religious persuasion, this is an intriguing site, offering insights into the ancient conversion of the Roman Empire and the beginnings of Christianity. All eyes gravitate to the iconic ruins of the Library of Celsus as you creep along the marble and cobblestone streets, which terminate near the Ephesus Theatre, an ancient amphitheater capable of….