The elegance of this Regent Seven Seas hallmark will have you in good spirits. 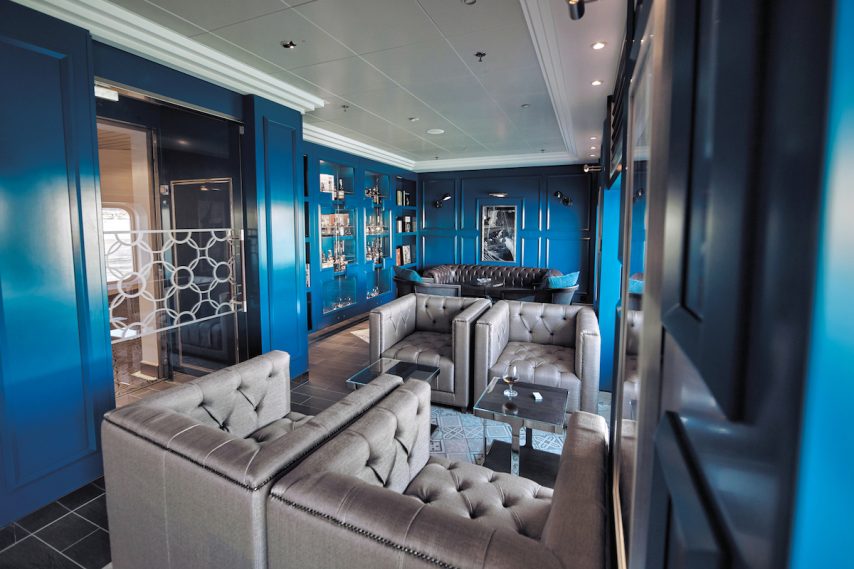 The Place — Connoisseur Club on board Regent Seven Seas

Standout Feature — Deep blue walls and oversized leather armchairs outfit this elegant hideaway where you’re sure to find yourself mingling with other bon vivants. Get lost in a stimulating conversation over a fine cigar and rare vintage cognac — both available for purchase, of course.

On The Menu — True to its name, the club is known for its Connoisseur tasting events that sample high-grade spirits including Beluga vodka from Russia and Louis XIII cognac from the Grande Champagne region in France. The club also offers an extensive wine list curated from around the world from Burgundy and Bordeaux to New World wines. The resident sommeliers will guide you through the ever-changing selection.

One of the world’s foremost luxury cruise lines, Regent Seven Seas is owned and operated by Norwegian Cruise Line Holdings. The cruise line specializes in small ship cruise itineraries to more than 300 ports around the world. Regent Seven Seas currently operates four ships with a fifth, Seven Seas Splendor, coming in February of 2020. It will be the second of Regent Seven Seas’ explorer-class ships and is expected to cruise the Caribbean and Mediterranean once launched.