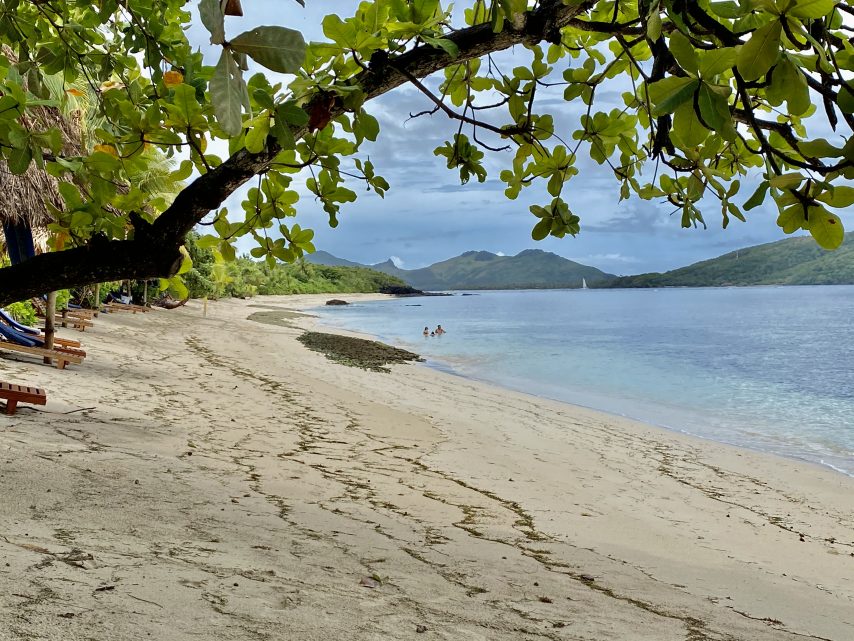 If there is one thing the people of Fiji do exceptionally well, it’s knowing how to kick back, oftentimes facilitated by the traditional national drink, kava. Despite the organic beverage’s calming effects, partaking by way of a traditional ceremony is pure cultural engagement.

Purposely marooned at the secluded Blue Lagoon Beach Resort on Nacula Island in Fiji, afternoons can idly be spent soaking up the beauty of this South Seas paradise, but come evening it’s time for a little taste of Fijian tradition. The popularity of kava as a mild narcotic with sedative properties may be linked to why the entire country seems so happy and stress free.

Chillin’ With The Boys In The Band 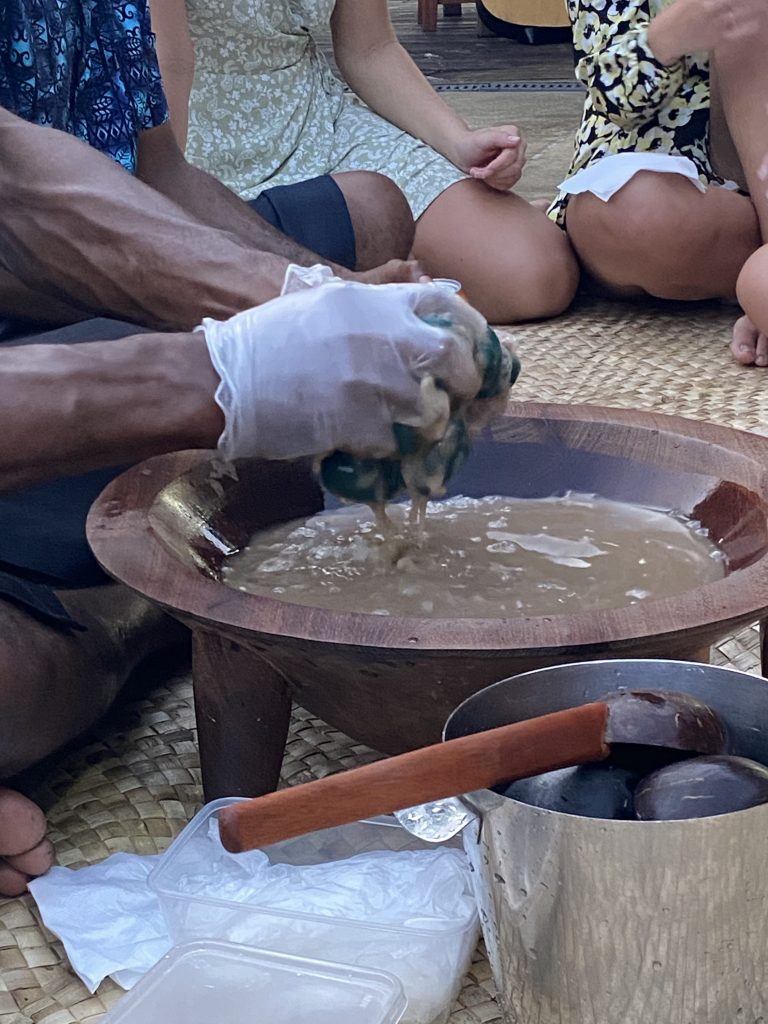 Seated on a bamboo mat huddled around the resort’s three musicians, the communal affair starts with an introduction of each other as Joe, the de facto leader of the village starts potion preparation. He spoons the dried, pounded and powdered root of the Yaqona plant into a silk bag, placing it in water in the ceremonial bowl called a tenoa. As he soaks and squeezes the cloth, the beverage takes on not only the look of muddy water, but somewhat the taste as well. Slightly bitter, I’d say it most likely is an acquired taste!

Before being consumed individually by guests, the first drink is offered to the chief of the village. Spooned into coconut shells, the drink is passed to each guest one at a time. Before accepting the cup, a clap with cupped hands is given followed by belting out a gutsy “Bula”. You can ask for a low tide (half cup) or a high tide (full cup) but the ritual demands that you drink it all in one go, no sipping. After finishing your cup, three more hollowed hand claps are given and the process moves on to the next person.

When asked if he drinks kava everyday, Frazier a quiet local villager says “I used to, but I’ve taken a three month break. I just wasn’t getting much work done”.  It would be safe to say that observing him consume kava over the course of three nights he is back to the habit!

After everyone has taken a “high tide”, a short break is taken to allow for some idle conversation. After the second round of clapping, drinking, loud bulas and even more clapping, relaxation sets in and the conversation quiets down. Unlike alcohol, the more kava you drink the quieter you become. “After eight or ten rounds you can pretty much be assured that you will spend the night in a deep sleep”, says Micale. “ Maybe even the next morning.”  Belonging to the family of pepper plants, the drink will leave a slight numbing feeling on the tongue and after two or three servings the brain may numb down and settles into a subtle stupor as well.

The tradition of kava runs deep in Fiji and when visiting any village it is customary to present a ribbon tied bunch of Yaqona to the village chief or elder as a gift. Women should always wear a sulu (sarong) and men should dress respectful as well. No hats should be worn and everyone remains seated during the ceremony.

Although the inclination may be to simply relax, there is plenty of action thrills that Fiji can offer to visitors. Surfing, paddle boarding, hiking, and fishing fill in leisure time but a couple of drinks of kava along with the “bula” spirit of smiles and hospitality provide an island time license to chill.