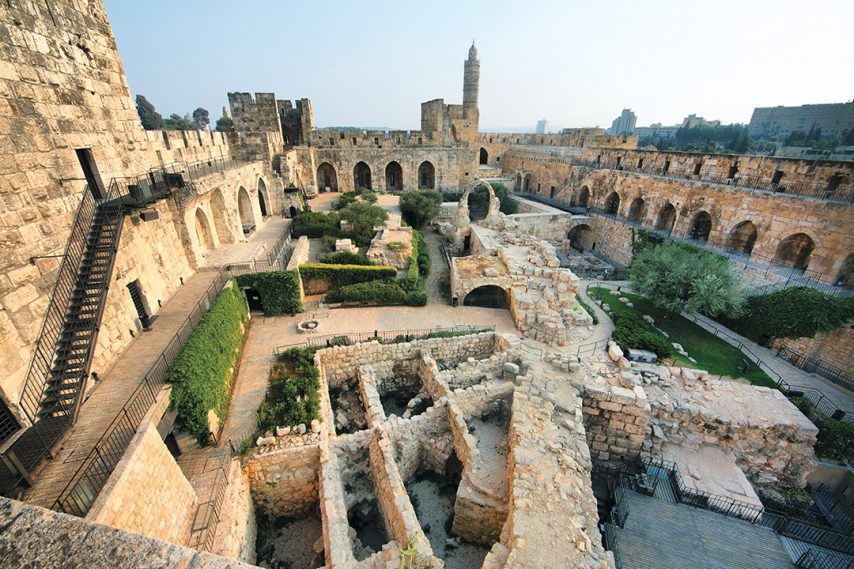 Explore more before or after your Holy Land cruise.

It takes less than five hours to drive from Haifa in the north to Eilat in the south, but that road will take you through dozens of cultures and thousands of years of history. Whether you’re exploring the north, south, east, or west of Israel, there are sights you really must see.

New York City is to America as Tel Aviv is to Israel — a city packed with don’t-miss sights. The Old Railway Station (Ha Tachana) is a pedestrian-friendly zone that was once the terminal for the Jaffa-Jerusalem railway. Today, artsy boutiques and market stalls line wooden pathways laid between the old rails.
Carmel Market (Shuk Ha Carmel) is the best spot in the city to buy fresh produce, flowers, cheeses, blue jeans, sunglasses, falafel, paintings, and more. The Neve Tzedek District, the first Jewish neighborhood built outside the old port city of Jaffa, is ideal for evening strolls to admire the modern architecture, ice cream shops, street art, and sublime restaurants.
Herod the Great rebuilt Caesarea between 25 and 13 B.C., but it was an ancient port even then. Today, just a short drive north of Tel Aviv, excavated buildings have been majestically restored including the Roman Theatre, which has served as a venue for artists from Shlomo Artzi to Deep Purple. The town is also home to Israel’s only full-sized golf course.

Jerusalem is the most historical city in the Holy Land, a religious center for Jews, Christians, and Muslims alike. Visitors shouldn’t miss the Western Wall, which is all that remains of the Temple King Solomon built. Underneath it lie 1,600 feet of arched stone passages that once connected…