It appears all that and more will be on display with the new Jurassic World ride set to open in 2019 at Universal Studios Hollywood.

With the release of the latest movie in the Jurassic Park franchise, Jurassic World: Fallen Kingdom, set for June 22, dino-fever is at an all time high. 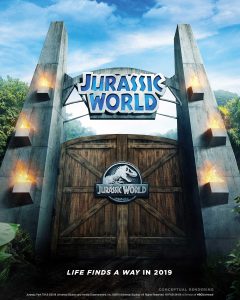 The theme park’s first three Jurassic Park rides opened in 1996 at Universal Studios Hollywood, Orlando and Japan following the release of Steven Spielberg’s breakthrough first movie based on the novel of the same name by writer Michael Crichton.

You can check out the video released by Universal Studios today for a preview of what’s to come!