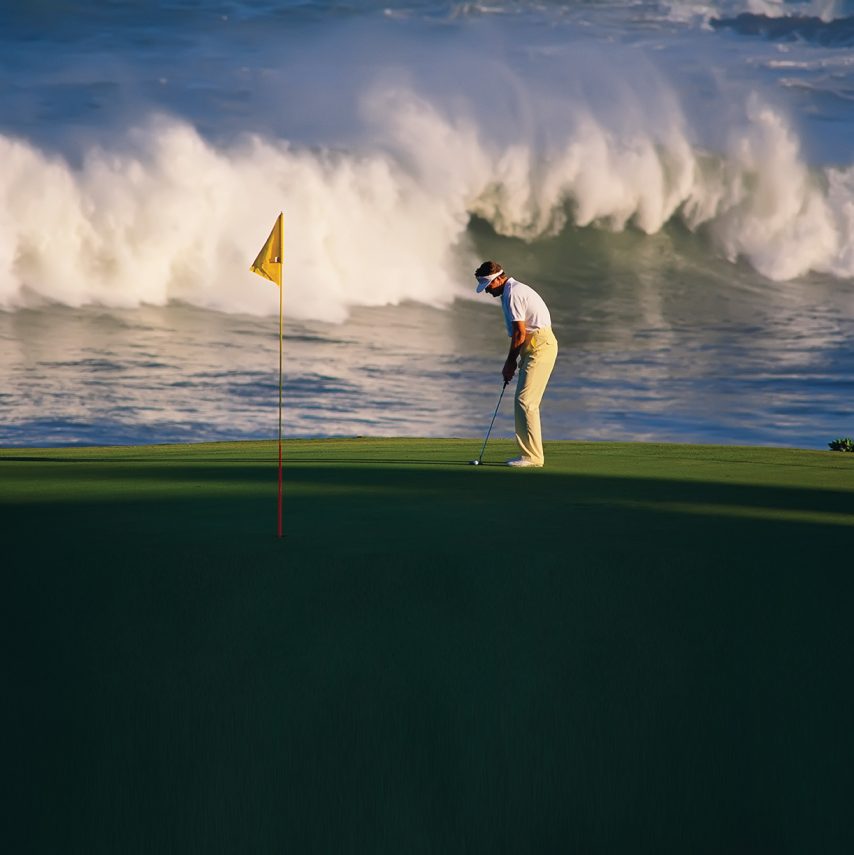 Sky of Blue, Sea of Green

On a golf theme cruise, passengers don’t just join the club — they swing it.

They’d love to score some birdies and eagles, but they aren’t birders.

If they grumble about a slice from hell, they aren’t talking burned pizza.

And when they dream of assorted links and greens, they aren’t hankering for sausages and salad.

They are, of course, golfers, a generally affluent and often fanatical group, which a number of cruise lines have been courting with features like golf simulators, practice cages, and putting greens. Some cruise lines including Norwegian Cruise Line, Hapag-Lloyd Cruises, Azamara Club Cruises, Crystal Cruises, Avalon Waterways, and SeaDream Yacht Club offer golf cruises and packages that transport players to courses around the world and sometimes even bring a pro or golf celebrity aboard.

But it’s a tricky business: Golf takes time to play and port calls aren’t always long enough to get in 18 holes without having to rush. Enter one of the pioneers in the field of golf theme cruises: Kalos Golf Cruises. Based in Chapel Hill, North Carolina, Kalos has solved this problem and has come close to perfecting the art. (Nothing associated with golf is ever perfect.)

At Kalos, golf and cruising go together like the 19th hole and a cold beer. Itineraries are built around the golf, rather than trying to shoehorn the golf into the itineraries. Ten-hour port stops are the rule, not the exception.

“There’s a lot of golf in this world, and there’s a whole lot of golf near water,” says Jim Lamont, Kalos’ founder and owner. “It’s turned out to be a great little niche for us.”

Lamont still sounds a little surprised by his success. In 1994 — when he was running cultural, archaeological, and historical-themed cruises in the eastern Mediterranean — a ship owner suggested he put together a golf cruise on the Danube.

“I thought it was a wild hare of an idea,” Lamont admits. “I thought, ‘Who would want to do that?’” But he did some scouting in Austria and Hungary and discovered enough nice golf courses along the Danube to give it a try. That first cruise sold out, and Lamont — who kept the company name Kalos, which means “beautiful” in ancient Greek — has been putting together both river and ocean golf cruises ever since. In 2015, Kalos will run its 200th chartered golf cruise, having visited….