Video Globetrotter debuts Friday at 7:30 AM ET/PT on Lifetime 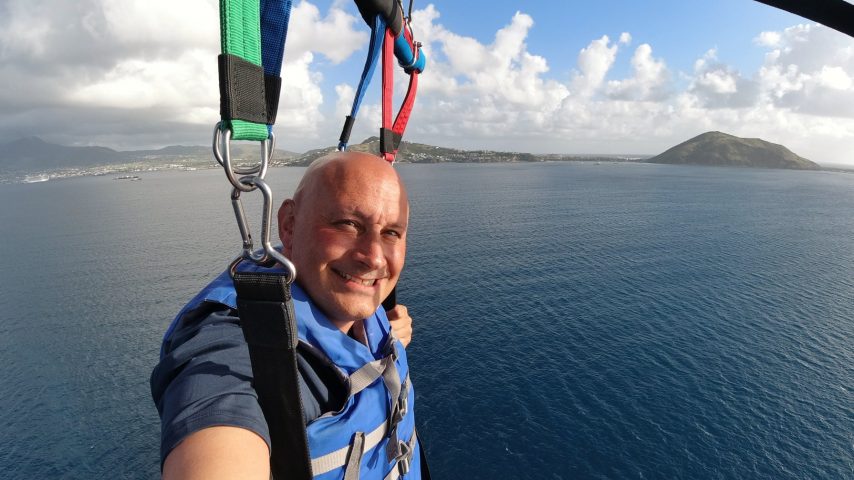 When it comes to traveling the world, few people log more miles than Scott Eddy. A veteran travel buff with more than 75 countries under his belt, Eddy is the star of a brand new show debuting this Friday on Lifetime TV called Video Globetrotter. He’s no stranger to cruising, having previously joined Porthole Cruise Magazine on a trip through the Caribbean with Windstar Cruises.

As a luxury travel aficionado, Eddy delights his 1.5 million social media followers with pictures and videos of his travels from all over the world. He joined Bill Panoff, editor-in-chief of Porthole Cruise Magazine, to talk about how he’s dealing with the inability to travel, his new show and what he envisions the travel industry looking like in a post-coronavirus world.

Travel will come back. Fiercely. And, you know, it is what it is until then.

This first episode of Video Globetrotter brings viewers to the island of Trinidad and focuses on the history and culture from Carnival and ziplining to tasting their iconic street food called “doubles.” Eddy continues into Antigua and interviews the CEO of Liat Airlines, Julie Reifer-Jones who outlined the history of the airline and how it became a leading inter-Caribbean airline. Scott ends the Caribbean exploration in Grenada, a location he has frequented in the past. Grenada expands the viewers palate with beautiful vistas, majestic resorts such as the Calabash Resort, and gorgeous beaches.

Eddy showed some frustration when asked if this was the longest he’d ever stayed put thanks to the COVID-19 travel restrictions and he let us know he’s been counting the days since he last stepped off a plane.

“It’s been, and I count it down every day, 68 days since I got off a plane. My last trip was St. Kitts and I am absolutely dying,” he said.

In what has to be one of the most unique problems ever, he was actually filming the interview from a hotel room because with all his trips, it doesn’t make sense to have permanent home.

A Passionate Defense of Cruising

When asked about his previous collaborations with Porthole Cruise Magazine and if he was excited to cruise again, Eddy delivered a passionate defense of the industry.

“I want to be one of the first ones on a cruise and I’ll tell you why. Because I hate the rap the cruise industry gets [in] the media. It really, really bothers me and they highlight, you know, the ships are there and they’re dirty and this and that. I got news for you. There were sanitizers on cruise ships since I remember cruising,” he said. “I’ve never seen a sanitizer in an airport. I’ve never seen a sanitizer, very rarely, in a hotel. I mean, I’ve felt cleaner on a cruise ship than any other travel experience that I’ve ever done. No matter how high end.”

IMPORTANT: As of January 26, 2021, the CDC requires all air travelers to have a negative COVID-19 test within 72 hours of boarding all airlines RETURNING TO THE…