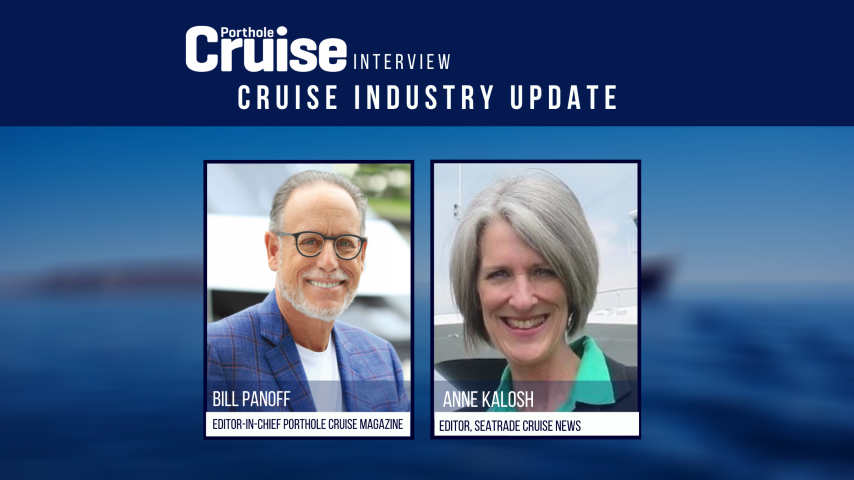 Back in October, the cruise industry came together for an event called Seatrade Cruise Virtual. The event provided a forum for cruise lines, executives, journalists and travel agents to asses the state of the industry and look towards the future.

Porthole Cruise Editor-in-Chief Bill Panoff hosted Anne for an interview about her views on the cruise industry and where she sees things going in the future. We asked Anne the questions cruisers want to know, like will cruising be more expensive for consumers with the new protocols and what will a cruise vacation look like with new standards for health and safety?

When asked if she thought cruising was a safe thing for people to do right now, Anne noted that cruise lines are doing everything possible to make it safe and certain aspects like testing for all passengers is something airlines aren’t even doing.

“I know of no other segment of the travel industry that requires a hundred percent COVID testing. You know, that’s really a major statement to say every cruise ship all over the world is going to do that,” she said.

She went on to note that she believes cruise ships were already very safe. The industry’s ability to control the highly contagious norovirus is just one example of the industry staying at the forefront of health and safety.

Will Cruising be More Expensive?

When asked if she thinks the cost of additional health and safety procedures would transfer to consumers, Anne believed that very well may be the case.

“There will be extra costs, no doubt about it. It’s unclear how much and if those would be passed along to consumers. It’s possible if a government agency requires particular health protocols that the cruise line itself cannot carry out, that a third party would have to do. Those extra costs would qualify as a government fee or expense that’s added to the ticket,” she said.

Don’t expect to pay way more for your cruise vacation however, as overall fares are some of the lowest we’ve ever seen. Many cruisers are taking advantage of those low fares and booking for 2022 and even 2023 when they see things getting back to normal.

When asked about cruise lines getting back to operation in the coming months, Anne believes that cruise lines will take a conservative approach in order to ensure all the CDC guidelines and protocols are met.

“Absolutely they’ll start slow. They’ll be very conservative. You see how they’ve started in Europe with one or two ships and initially sailings there were cruises to nowhere. Then they gradually started adding ports, some ships are only operating cruises within one country, like Italy, for example, and then gradually they expand to longer itineraries, more ports provided it’s safe and also the number of passengers carried has increased slightly provided things stay safe onboard,” she said.

She noted that some European cruise lines like AIDA started operation successfully and even expanded their ships and passengers, before having to pause once again due to travel restrictions back in effect across Europe. The situation is fluid for cruise lines, that much we do know.

Watch the whole interview with Anne Kalosh of Seatrade Cruise!