In the Mood for a Moody Blues Cruise? 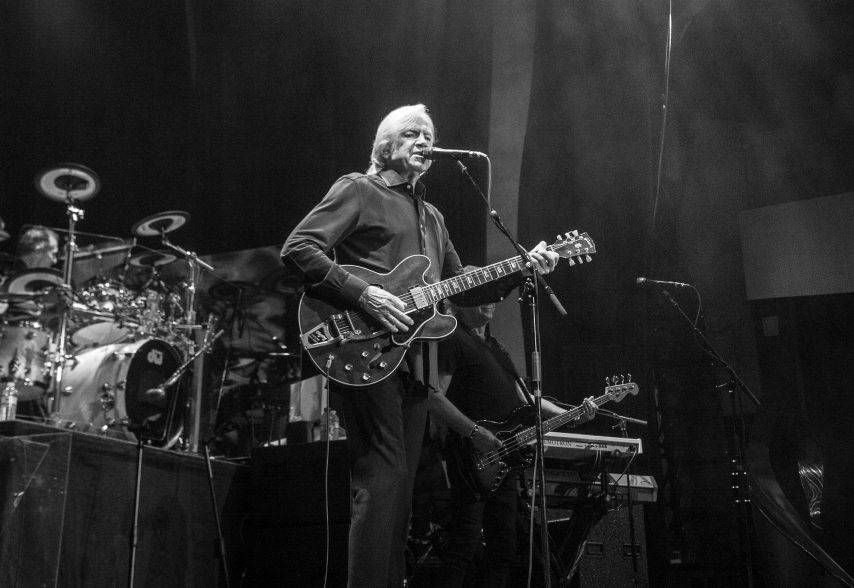 In the Mood for a Moody Blues Cruise?

This 50-something sure was!

I’m in the first row of MSC Divina’s Pantheon Theatre balcony and directly beneath me, Roger Daltrey of The Who is swinging a microphone over his head like a cowboy preparing to pitch a lasso. My friend Dorie and I aren’t seated. Like everyone else, we’re on our feet dancing and, though in our late 50s, passionately singing along with the 70-year-old superstar about a teenage wasteland.

This makes it official: Rock royalty has finally hit the high seas.

The Who frontman isn’t even the sailing’s headliner, but a “special guest” aboard the 2014 Moody Blues Cruise, an ocean-going rock ‘n’ roll fantasy that debuted in 2013 with an MSC Poesia sailing that attracted thousands of fans of the Nights in White Satin music legends. In 2014, Moody Blues Cruise promoters, On the Blue, turned up the heat, adding Daltrey to an impressive artist line-up that included The Zombies, The Orchestra (the current incarnation of The Electric Light Orchestra), Carl Palmer (of Emerson, Lake & Palmer), Shawn Phillips, Starship (previously Jefferson Starship), The Little River Band, Strawbs, Glass Hammer, and Lighthouse as well as artist Roger Dean, best known for his iconic album cover artwork. It was enough to make any fan of classic rock and the British Invasion kick up the heels of his or her go-go boots.

For me, a long-time cruise and rock fan, this was worlds colliding in the best possible way, and my reward for enduring decades of bad DJs, lousy house bands, and more versions of “Celebration” than I care to recall.

The PortMiami terminal had never seen such an embarkation: Baby boomers enthusiastically reliving their youth, dressed in….