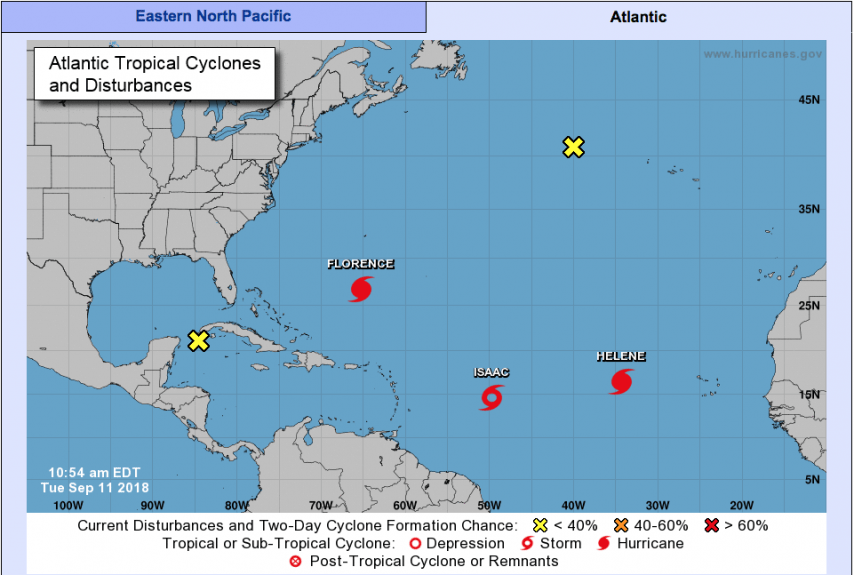 For those who get seasick when the ocean is calm, being on board a cruise ship during a hurricane sounds like an absolute nightmare. Though it’s been relatively quiet so far, hurricane season in the Atlantic Ocean looks like it’s ramping up with major storms in the forecast for the coming weeks. Hurricane Florence, which is threatening coastal mid-Atlantic states like the Carolinas, is already causing some cruise lines to reroute ships away from the howling winds, driving rains and rough seas brought by a major storm.

Several major cruise lines have rerouted their ships away from Bermuda and other ports of call in the path of Hurricane Florence including Royal Caribbean International, Carnival Cruise Line, Norwegian Cruise Line and others. Avoiding the storms is important for guests safety and well-being, but also for peace of mind as nobody wants to spend their hard-earned vacation worrying about a hurricane.

Cruise ships may seem like they move slowly, but they’re actually faster than most storms so getting to safer seas isn’t usually a problem. Advanced weather forecasting also helps cruise lines predict future storm movement and keep their ships out of harm’s way. Ships are all outfitted with advanced forecasting technology so they can make real-time decisions about how to avoid a hurricane.

More than One Hurricane

September is one of the busiest hurricane months of the season and that means more than one storm can develop at a time. We’re seeing that now with Hurricane Florence off the coast of the Carolinas all while Hurricane Isaac and Hurricane Helene grow in strength and move west towards the Caribbean and Florida. Both storms pose potential threats to cruise ships and southern states if they continue to grow in size and strength.