Home is Where the Ship is: John Heald 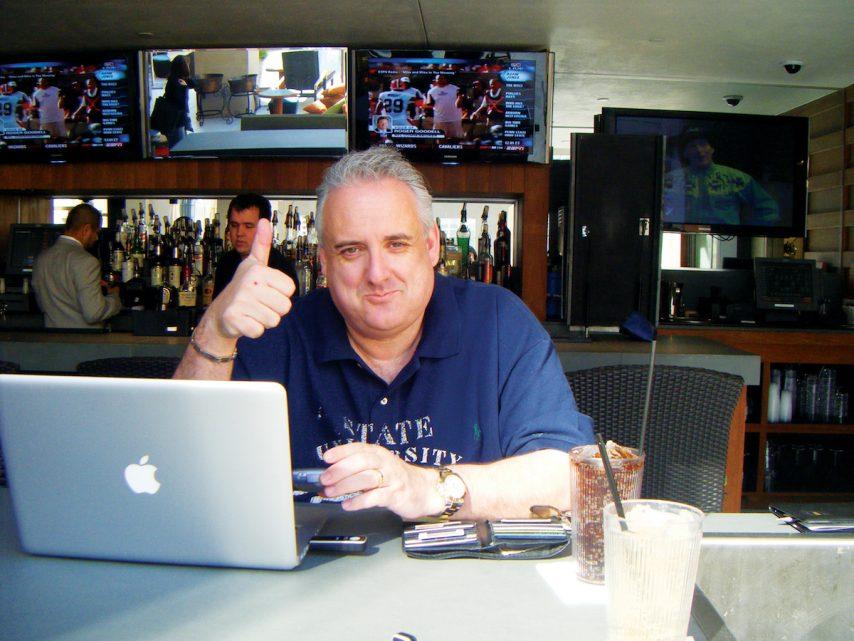 By Fran Golden
A cruise director is the public face of a ship, and the voice heard from above — over the PA system, that is. It’s a job that Carnival Cruise Line’s John Heald says brings great rewards.

“Every day is a fun day,” Heald says. “The guests make you laugh. The crew makes you laugh.”

Heald’s role includes introducing new ships — such as the upcoming Carnival Horizon — and hosting some fan cruises each year. But even in his new position, the cruise director personality remains. Only a few minutes into this interview, Heald already has made a poop joke.

Heald says the job of cruise director goes way beyond standing on stage and making people laugh, and is actually much harder than most people think. Yes, you have to be the life of the party, but you also have to be the ship’s trusted purveyor of information, in both good and stormy times. The job is like Julie McCoy on The Love Boat, only on overdrive.

“I’ve wanted to rap people on the head with a clipboard like Julie,” Heald laughs. “And I’ve had people come up to me many, many, many times and say ‘I’m on a cruise on my own. Could you hook me up with this person or that person.’”

And like Julie, Heald says he’s also doubled as a marriage counselor. “I’ve sat with countless numbers of couples who have had problems on board and want to talk about this or that,” he says.

Raised in the UK, where he still lives with his wife and young daughter, Heald didn’t set out to work on ships. Straight out of university he first took a job at the London Futures Exchange.

“Then one day I was on a commuter train and I couldn’t find a seat,” he recalls. “It was dark and it was raining and it was winter and I thought, ‘There’s got to be more to life than this.'”

So he answered a magazine advertisement for a bartender, exaggerated his one-week college experience working in a bar, and flew off to Miami to join a ship. Heald admits he was a terrible bar waiter, an equally bad wine steward, and later the “worst assistant bar manager in the world, ever.”

However, noticing his easy rapport with guests, higher-ups handed Heald a microphone and sent him out on stage. That microphone has been the vehicle for many jokes — and also some memorable moments over the years.

At Carnival, the role of cruise director involves being out among guests from 9 a.m. (and even earlier some days) until….