Ryndam will now be called Rotterdam when she's delivered in 2021 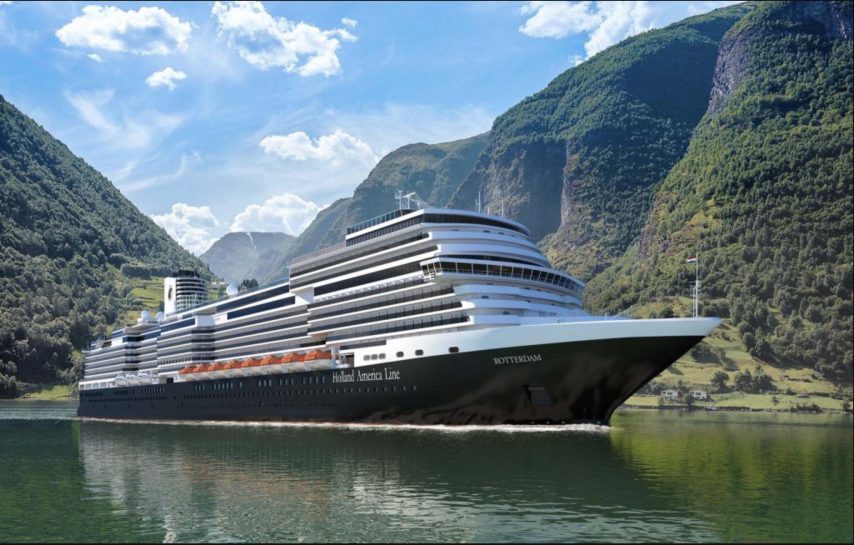 Holland America Line announced today that it is changing the name of its newbuild from Ryndam to Rotterdam and designating it the new flagship of the fleet. The ship will be the 7th in Holland America’s 150-year history to bear the name Rotterdam.

The cruise line also announced the ship’s delivery will be delayed until July 30, 2021. Guests and travel advisors with clients who were booked on the ship’s Premiere Voyage in May and itineraries through July 30 are being contacted with rebooking options.

“The first ship for Holland America Line was the original Rotterdam, the company was headquartered in the city of Rotterdam for many years, and the name has been a hallmark throughout our history since 1872 … so clearly the name is powerful and symbolic,” said Gus Antorcha, Holland America Line’s president. “With the current Rotterdam leaving the company, we knew we had a unique opportunity to embrace the name as our new flagship and carry on the tradition of having a Rotterdam in our fleet. Seven is a lucky number, and we know she’s going to bring a lot of joy to our guests as she travels across the globe.”

There was another Holland America Line Rotterdam until very recently when it was sold to Fred. Olsen Cruise Line earlier this month. The ship was renamed Borealis by its new operator.

The third in the Pinnacle Class series, Rotterdam will carry 2,668 guests, measure 99,500 tons and feature highly successful amenities and innovations introduced with her sister ships, including the 270-degree surround screen World Stage, Rudi’s Sel de Mer and Grand Dutch Café. Delivering the best of everything, Rotterdam celebrates live music with an exclusive collection of world-class performances each night – from Lincoln Center Stage and B.B. King’s Blues Club to Rolling Stone Rock Room and Billboard Onboard.

Just as HAL cruisers have come to expect, Rotterdam will feature exquisite cuisine guided by eight of the world’s leading chefs; gracious, award-winning service; and superbly appointed staterooms and suites, including family and single accommodations.

Where will Rotterdam Sail?

After Rotterdam is delivered from Fincantieri’s Marghera shipyard in Italy, she will spend the summer cruising Northern Europe and the Baltic on roundtrip cruises from Amsterdam.

To accommodate guests booked on cancelled itineraries of Ryndam from May through July, Nieuw Statendam cruise itineraries also will see some changes to match up as much as possible with former Ryndam sailings.

“Guests and travel advisors will be notified today of this news and coming changes to current itineraries,” said Antorcha. “We ask everyone, though, to please bear with us just a few weeks for all of the details as we rebuild itineraries and put the finishing touches on several desirable alternatives. We will follow up with specific details very soon so everyone knows their options.”

What do you think about the new name change?