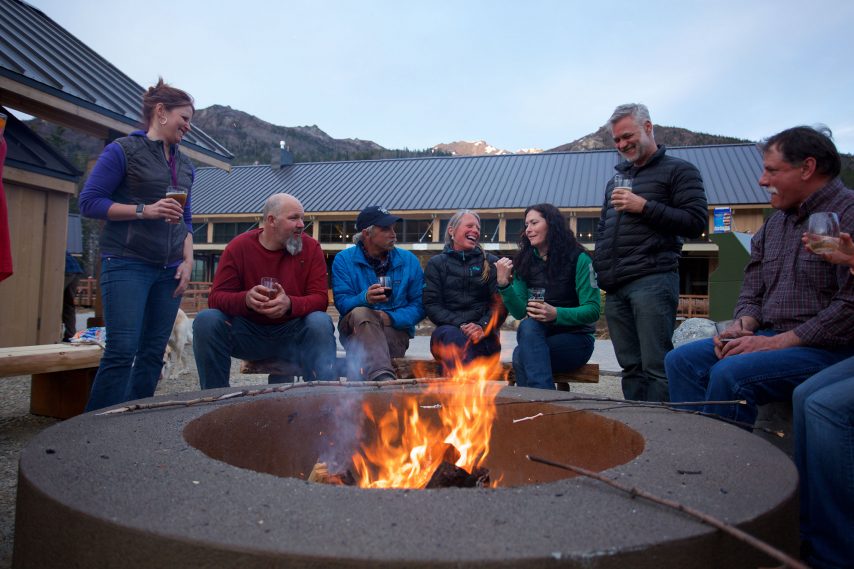 Guests on Holland America Line’s Alaska Land+Sea Journeys can now experience new dining, entertainment, and amenities at the brand-new Denali Square complex in the heart of the company’s McKinley Chalet Resort at the gates of Denali National Park.

“For nearly 70 years, Holland America Line has been at the forefront of Alaska exploration, and the opening of Denali Square is another exciting moment in our company’s history,” said Ashford, adding that Denali Square brings more of the region to guests by showcasing local cuisine, art, entertainment, and more.

The opening ceremony also included a performance by the local Tri-Valley High School choir from Healy, Alaska; husky dogs from the National Parks Service at Denali National Park; and a $20,000 check presentation to the Denali Borough School District from Holland America Line that will go toward modernizing interactive classroom technology.

Denali Square, which began construction last June, is centrally located between the main part of the property, which contains the reception hall, dining facilities, and guest rooms, and the riverfront guest rooms, which provide views of the Nenana River. It offers shopping, dining, entertainment and the arts, as well as scenic walking paths. The largest building in the complex is Karstens, the 7,000-square-foot two-story restaurant with mountain views and an outdoor deck with fire pits and seating. At the center of Denali Square is an amphitheater with a covered performance stage and bench seating for a variety of local shows, ranger talks, and demonstrations. For a drink and live music, there’s the Gold Nugget Saloon, home to the Music of Denali Dinner Theater.

Over the past three years, Holland America Line has been refining its 60-acre McKinley Chalet Resort, including an enhanced property layout and remodeled guest rooms. The new Denali Square is at the heart of the 60-acre resort, which provides accommodations for guests on Holland America Line’s Land+Sea Journeys — a combination of an Alaska cruise and an overland tour to Denali National Park and beyond.