Forget Space, there’s a place here on Earth that contains miles of unexplored terrain and countless undiscovered life forms. The Earth’s oceans cover 70% of the planet, yet we actually know very little about them and the mysteries they hold. What we do know, however, is that humans are polluting our oceans at an incredible rate.

Today, June 8th, is World Oceans Day and it’s time to come together to do something about plastics and other trash which threatens all manner of sea life and the livelihoods of those who rely on the ocean for survival. 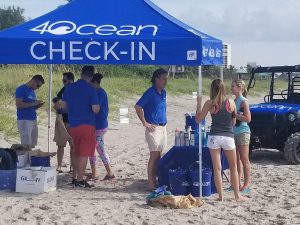 One of the most impactful companies dedicated to this cause is 4Ocean, a conservation company putting in the labor and spreading awareness all over the world.

4Ocean began two years ago when co-founders Andrew Cooper and Alex Schulze took a surf trip to Bali. The amount of trash they saw floating in the ocean was disturbing to say the least and it sparked both to take action when they returned to their native Florida.

4Ocean makes bracelets from recycled materials which helps fund their efforts. Each bracelet purchased contributes to one pound of plastic removed from our oceans. To date, 4Ocean has helped remove more than 788,000 pounds of plastic bottles, bags, straws and more from beaches and oceans across the world.

In Florida where 4Ocean is headquartered, the number of plastic bags in the ocean is a direct threat to an already dwindling sea turtle population. Turtles often mistake the bags for their primary food source, jellyfish, and the results are disastrous. Algae growing on the bags can make them taste natural to the turtles but they cannot digest the plastic after swallowing. 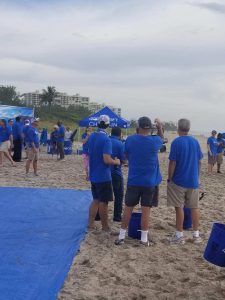 Ocean conservation is a group effort and 4Ocean encourages everyone to get involved. The best way to help both physically and informationally is to visit the 4Ocean Facebook page and view the events calendar to find the events nearest you.

Ocean conservation starts with you. It means always cleaning up after yourself and encouraging others to do the same. The easiest and most impactful ways to help include:

Stay classic with our classic Signature Blue bracelet. Every bracelet purchased removes 1 pound of trash from the ocean and coastlines. The purchase of the bracelet also helps make our daily cleanups as successful as they are! Get yours today at 4Ocean.com #4Ocean #PullAPound #JoinTheMovement