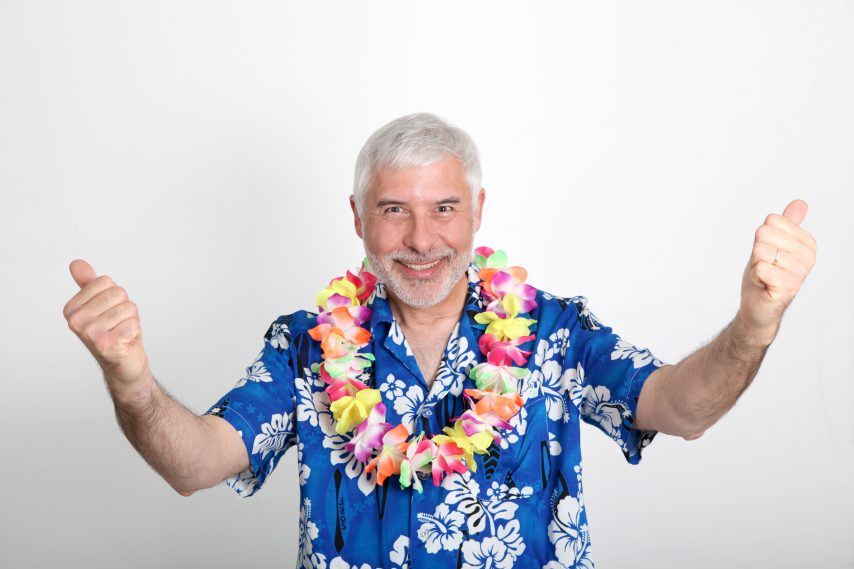 In a research study conducted on board cruise ships in 2019, researchers found that those owning Hawaiian shirts were far more likely to take first prize in the weekly lido deck limbo competitions found on board most cruise ships.

The number was even higher for those wearing a Hawaiian shirt at the time of the competition and if the competitor in question was named ‘Gary’. The results also showed a strong correlation between getting low and Crocs footwear.

Gary Worthington, 55, of Greenfield, OH took home first place on his sailing from Jacksonville last July and credited his victory to his diet and his favorite Hawaiian shirt.

“That morning I had Eggs Benedict but I switched out the ham for a sausage patty. That’s a veteran move for those of you at home,” he explained. “I also packed one of my favorite Hawaiian shirts specifically for the contest.”

The shirt in question, found at a Marshall’s in Cincinnati back in 2006, was purchased in size XL because he “enjoys the room”. Red, with large white flowers, Gary also credits the shirt with his 9th inning home run which won the Ohio Valley Insurance Brokers Softball League championship in 2012.

It’s been a staple of Gary’s cruisewear for years, much to his wife’s dismay, however it wasn’t just one wardrobe choice that made a difference that day. “Thankfully, I also wore my Crocs instead of flip flops to the lido deck that afternoon. I can’t get low without them,” Gary explained.

And get low, Gary did. He was able to sneak under the 32 inch bar after his opponent, a 10 year old gymnastics student from Potomac, MD, bumped the bar at 34 inches.

Gary was happy to share advice with future cruisers about what they can do to improve their odds at winning.

“Look, it’s about finding vacation mode. Once you achieve your inner beach, there’s no telling how low you can go,” he said with a long and wistful stare out the window.