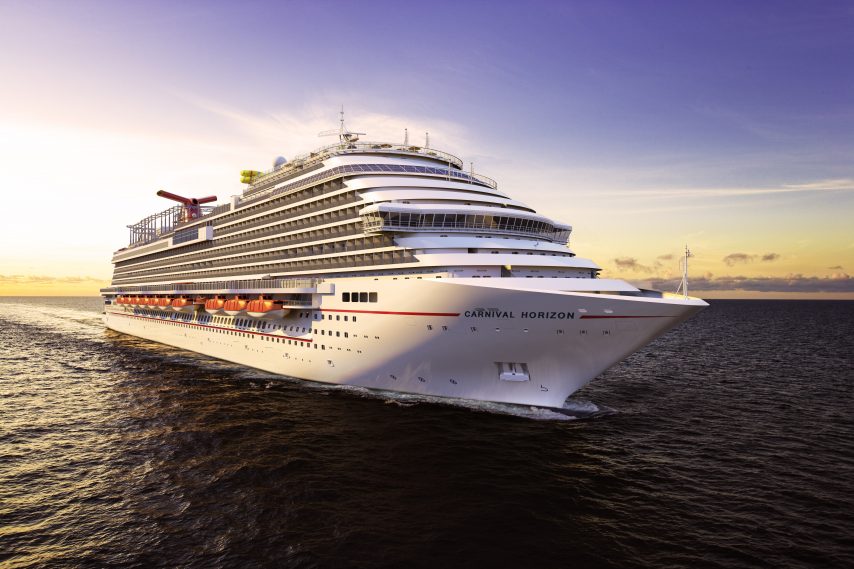 From Queen to Godmother on Carnival Horizon 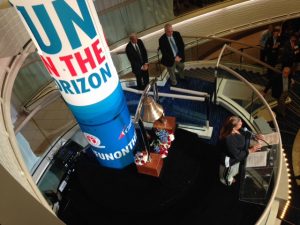 It’s a point of emphasis for most cruise lines to feature celebrity appearances at ship christenings, which feel more like a party these days than a formal event. Queen Latifah, know for her nearly 30 years in the entertainment industry, expressed her delight to the crowd.

“I’ve been a Queen for a long while but I never expected to be asked to serve as the godmother to a cruise ship,” she said. “It’s one of the coolest things I’ve ever been a part of”

One of the highlights was when Carnival CEO and President Arnold Donald and Duffy took the stage for a lip sync battle where they belted out “Uptown Funk” by Bruno Mars and “I Got a Feeling” by the Black Eyed Peas. 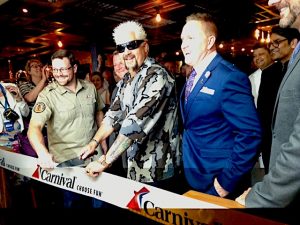 Following the ship christening, people gathered on deck outside of Guy Fieri’s new restaurant, Guy’s Pig & Anchor Smokehouse | Brewhouse for a formal ribbon cutting. The ceremony also featured Carnival Cruise Line brewmaster Colin Presby, whose line of craft beers brewed right on board the ship will be exclusive to Carnival and their passengers. For the inaugural sail from New York, Colin brewed a special Parched Pig Big Apple Pie brew with a special ingredient; cinnamon!

Helping a Good Cause

Amid all the fun and excitement, Carnival’s most important gesture was easy to overlook. Prior to the ceremony, Duffy and Heald presented St. Jude Children’s Hospital with a check for $100,000 in the hope that their research will help cure find a cure for juvenile cancer.

On hand to accept the check was Victoria, age 11, whose courageous fight against a brain tumor was successful thanks her unwavering perseverance and the dedication of the men and women at St. Jude’s.

Carnival Horizon, is the 26th ship in the Carnival Cruise Line fleet and will have a homeport of Miami for future cruises.