There’s something in the water … and it’s powering Hurtigruten’s new hybrid ships. 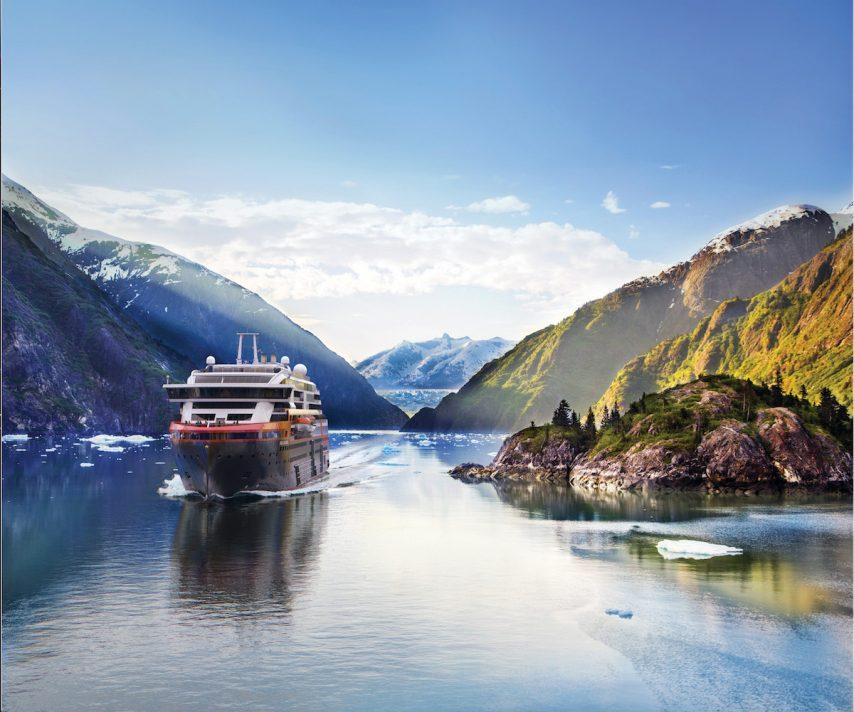 Since its inception in 1893, Hurtigruten has paved the way for expedition cruising with an ever-expanding roster of destinations. After 125 years, the company is entering new waters with MS Roald Amundsen, the first of Hurtigruten’s three hybrid-powdered ships that will be making milestones in more ways than one.

The initial draw of being the only ship in the world to run partly on electricity would be enough to claim a sustainability victory for the cruise industry. MS Roald Amundsen has fully electric propulsion for up to 30 minutes. But even when the ship does use gas, it’s running on a renewable source of fuel that’s aptly abundant — dead fish.

Liquefied Biogas (LBG) is fossil-free and produced from dead fish and other organic waste. With large fishery and forestry divisions, Northern Europe and Norway have a unique advantage in leading LBG production and have already put the fuel to use in smaller areas of transport like buses. This is the first time it will be used to power a cruise ship.

“Our ships will literally be powered by nature,” says Hurtigruten CEO Daniel Skjeldam, “Biogas is the greenest fuel in shipping, and will be a huge advantage for the environment.” Indeed, the departure from traditional fuel propulsion will reduce bad emissions by nearly 20 percent.

RELATED: Chills and Thrills with Hurtigruten

MS Roald Amundsen was consciously designed for Norwegian coastal and polar expedition cruises and its eco-friendly functionality is only the tip of a very innovative iceberg. The 600-passenger vessel also features a high-tech Science Center, a top-deck infinity pool, and the tallest LED screen at sea that magnifies the passing beauty of the ship’s surroundings.

With approximately $33 million spent on this vessel alone, Hurtigruten is fully invested in being the world’s greenest cruise company. By 2021, at least six of their ships will operate on a combination of LBG, LNG, and large battery packs.