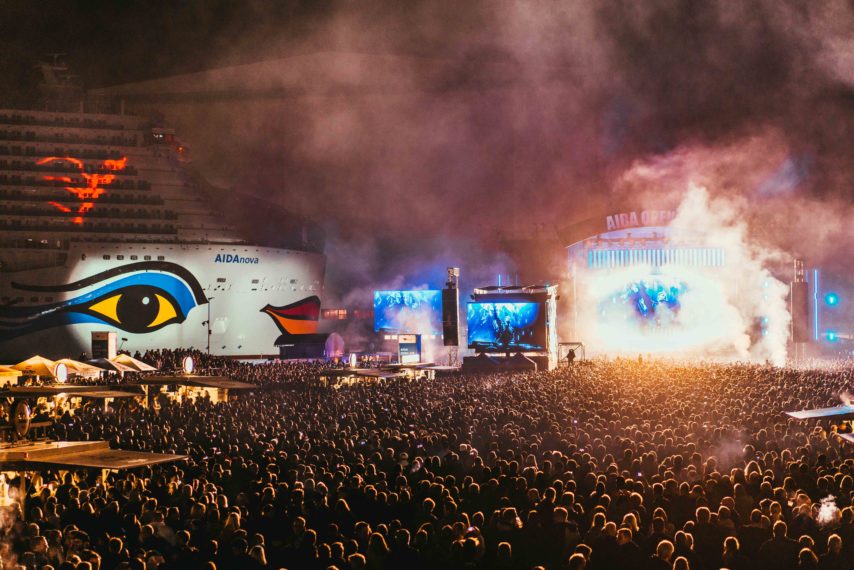 Guests at the naming ceremony for Carnival Cruise Line’s newest ship AIDAnova on September 3 were in store for quite the party as the event featured a performance by famed French DJ David Guetta. Upon her launch, AIDAnova became biggest ship in the Carnival fleet and will feature innovative guest experiences and will be the world’s first cruise vessel to be powered at sea and in port by liquefied natural gas, a very clean-burning fossil fuel compared to traditional diesel. 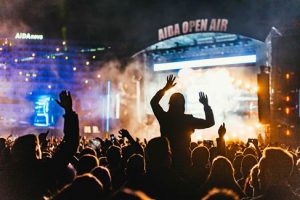 The vessel was named by the Mirza family from Germany who were selected from a large pool of applicants. The naming ceremony included an open air concert with a light show, fireworks display and live musical performance by Grammy-winning “grandfather of EDM” DJ David Guetta before a sold-out crowd of more than 25,000, with even more watching the livestream online.

Roger Frizzell, chief communications officer for Carnival Corporation, explained how the newest ship is a step toward the future of cruising.

“We are excited to introduce AIDAnova, the first ship of a new generation of vessels for AIDA Cruises that will help us further establish our position as a leader and pioneer in the cruise industry,” he said. “AIDAnova will provide our guests with among the best in culture, entertainment, sports, wellness and culinary delights, while helping maintain the popularity and growth of AIDA Cruises as the most popular cruise line in Germany.”

AIDA President Felix Eichhorn thanked the shipyard and the people who made the event possible.

“AIDAnova’s naming ceremony was a special event in a special place: We are delighted that we were able to stage the AIDA Open Air in Papenburg at the Meyer Werft shipyard, so that we could share our enthusiasm about our new ship with so many people. At the same time, this event was a thank-you to our partners, to the Meyer Werft shipyard, and to the many thousands of people who have helped make AIDAnova what is already the eighth AIDA cruise ship to be built on the Ems,” he said.

AIDAnova is scheduled to take her maiden voyage in fall of 2018.