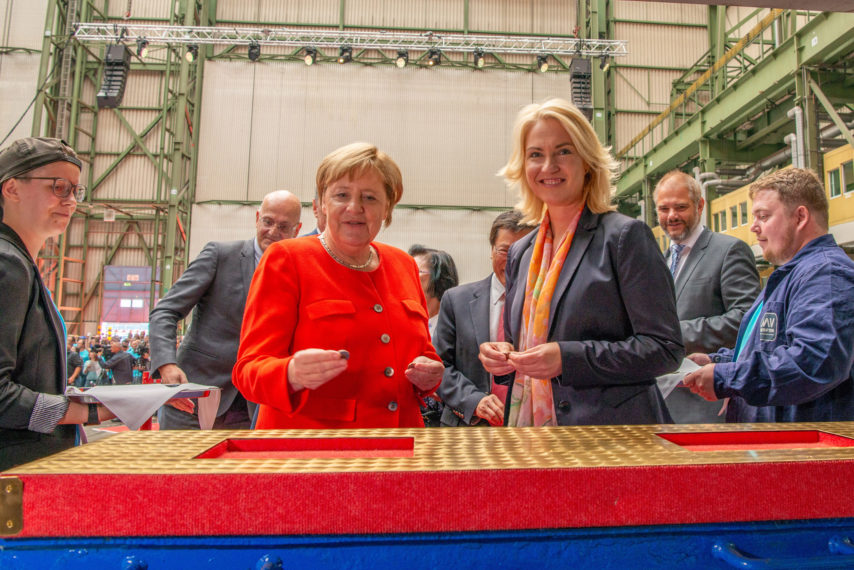 At MV Werften, maritime tradition is taken very seriously. Those at the shipyard celebrating the keel-laying ceremony for Crystal Endeavor were lucky enough to hear German Chancellor Angela Merkel give remarks and the lucky coins were put into place as construction began on one of the most anticipated new luxury cruise ships from Crystal Cruises. 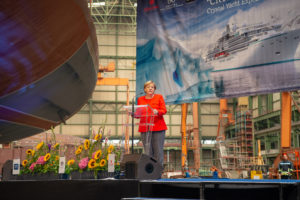 Merkel’s remarks highlighted the importance of industries like shipbuilding for the local economy.

“The keel laying of Crystal Endeavor here in my political hometown of Stralsund marks a special moment for me that is doubly significant,” she said. “Today, the foundation has been laid for this highly sophisticated, state-of-the-art cruise ship. But the ceremony itself, which is taking place in the lively shipyard with the participation of so many employees and trainees, also bodes well for the future of shipbuilding in the Hanseatic City of Stralsund and in Mecklenburg-Vorpommern.”

Don’t call it a cruise ship. Crystal Endeavor is a luxury expedition yacht will be 164 meters long with a 20,000 gross tonnage for only 200 passengers. That is the highest space ratio for any luxury expedition ship sailing today.  All suites feature king-size beds, ambient lighting, walk-in closets, separate wet unit with rain showers and toilet and large private balconies.

With six gourmet restaurants, a luxurious spa and fitness area and a two-story enclosed rear sun deck featuring a pool with panoramic views, it’s no surprise why excitement and anticipation grow with every announcement from the Crystal Cruises team. In addition, Crystal Endeavor is equipped with state-of-the-art navigation technology, the ship’s own mini-submarines, helicopters, and Zodiacs rafts. 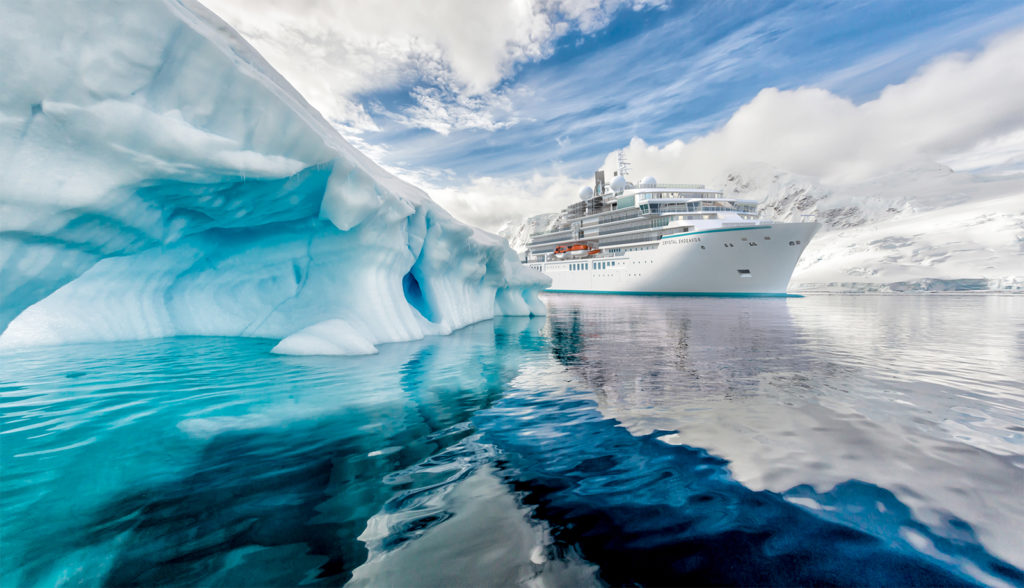 Crystal Cruises President Tom Wolber offered his thoughts on what the new ship would bring to the cruising experience.

“It is truly a thrill to mark this important milestone for Crystal Endeavor and the entire Crystal Family, as this yacht will change the way guests can explore the world both adventurously and luxuriously,” he said.