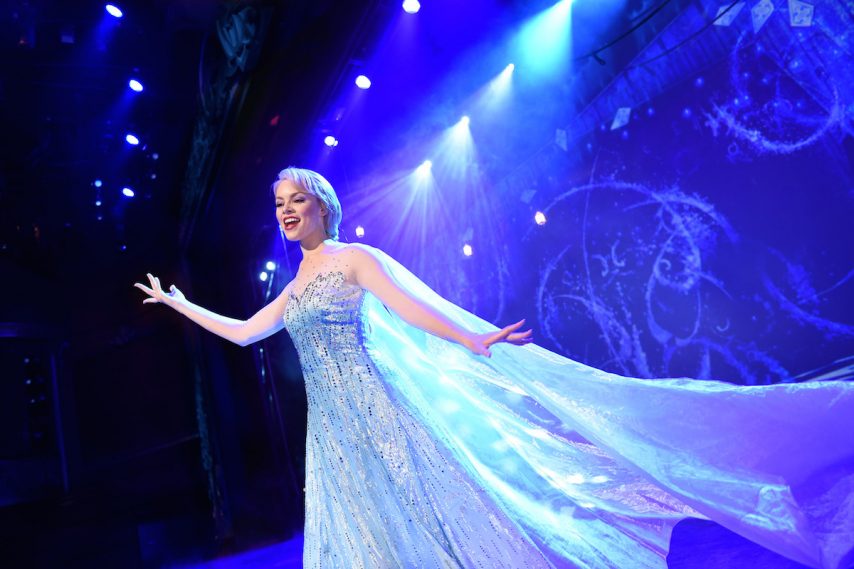 For the “first time in forever,” the beloved animated hit Frozen is getting the Disney Cruise Line theatrical treatment as a new stage show exclusively aboard Disney Wonder. Frozen, A Musical Spectacular debuts, along with additional shipboard enhancements, on cruises starting November 10, 2016, from Galveston, Texas.

The story will be presented with a combination of traditional theatrical techniques, modern technology, and classic Disney whimsy unique to the Disney Wonder production. The show features dynamic costumes and sets, remarkable special effects, and spectacular production numbers that will delight the audience in new and surprising ways.

Songs including “For the First Time in Forever” and “Love is an Open Door” will be expanded into ensemble pieces, and the film’s wintry wizardry will be realized in lavish production numbers of “In Summer” and “Fixer Upper.” But the standout moment is the emblematic ballad “Let it Go,” which will be transformed into a full-fledged stage spectacle, complete with real-life magic such as transformative scenery, snow flurries, and state-of-the-art video technology.