Freeport, Bahamas: To the Brewery and Beyond! 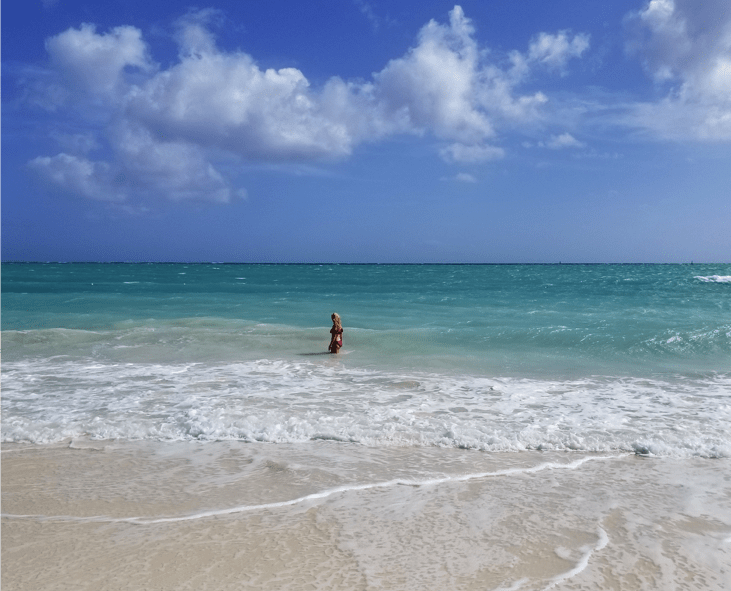 Any repeat cruiser knows that a stop in the Bahamas means “plan excursions ahead of time” or risk being stuck in the extremely-touristy-downtown shopping frenzy. As much as I enjoy bargain prices on knock-off purses, you can only really do this once or twice before it loses its novelty.

The last cruise I went on had a stop in Freeport, Bahamas, and I decided against all misgivings to just wing it when I got to port. Knowing ahead of time that this part of the island was still recovering from Hurricane Matthew’s devastation (over a year ago), I was not expecting much excitement; however, I was pleasantly surprised at how I made my own day of fun.

Upon exiting the ship, cruise passengers typically gather around the buses for a ride into town. I stood in the crowd, waiting nearly a half hour for the bus to fill so we could venture downtown, but my patience ran thin and my eyes wandered over to a sign for scooter rentals.

I had never ridden a scooter before, but today was the day my inner-child was jumping up and down in excitement with the thought of a Bahamas sea breeze running through my hair. Of course, the thought of falling off a scooter or getting lost on the island was also circling my mind. SO, what did I do? I rented the scooter! $55 and I had complete freedom of where I wanted to go, without having to wait on a bus to fill up with passengers. 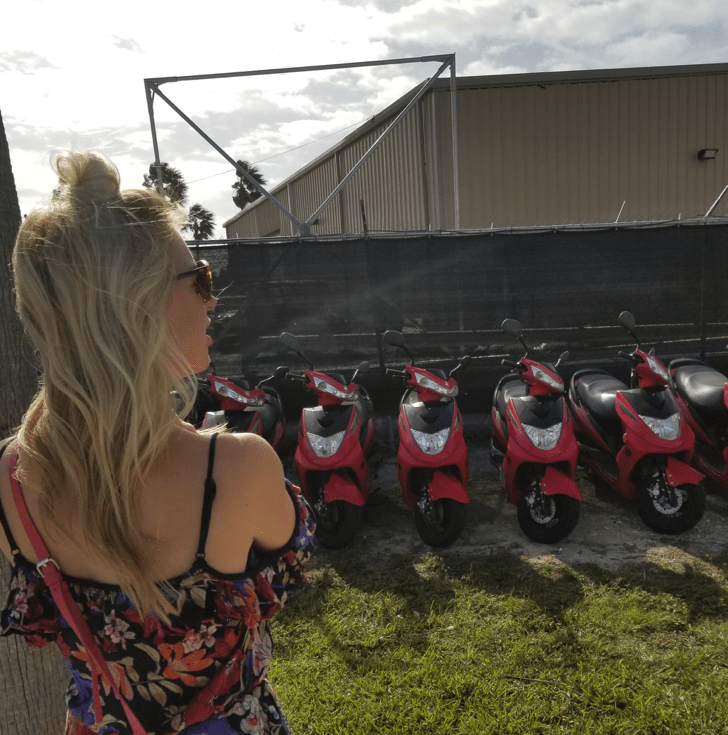 As I hit the gas on my two-wheeled ride, I realized that I had no idea where I was going. In all fairness, the rental station had given me a map and verbal directions, but the winding roads threw me off so much that I was lost within minutes. Luckily, the people of Freeport were kind enough to help in any way they could, and I eventually (after stopping multiple times) found my way to my first destination.

First stop was The Bahamian Brewery in Freeport. 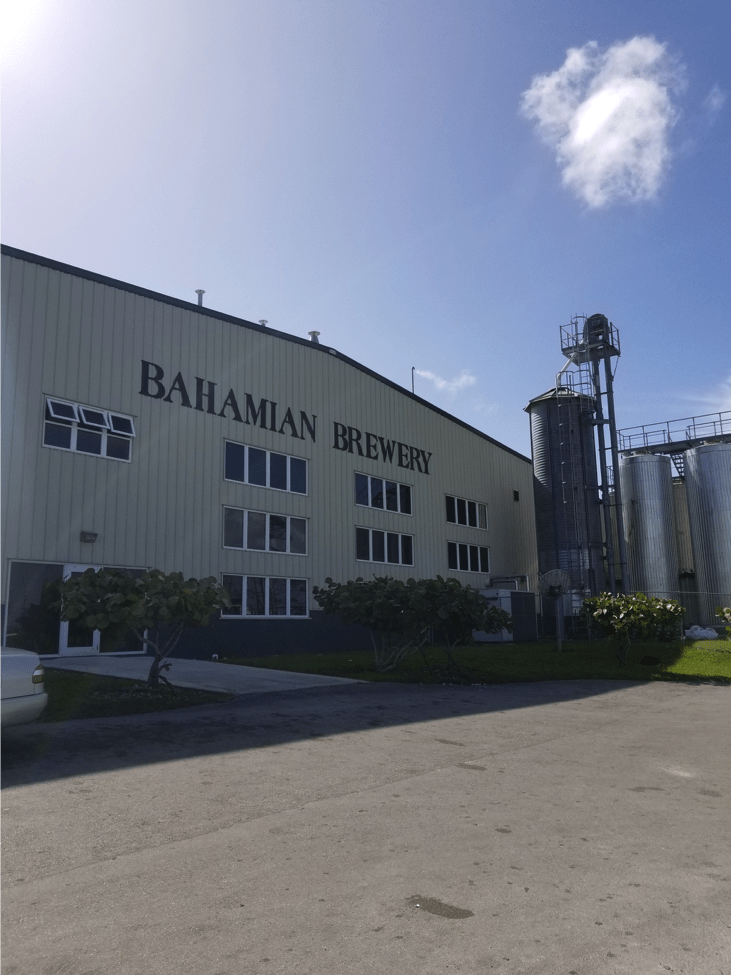 When I arrived, I had to second-guess whether the brewery was open because it was so empty, but they assured me it was! I was lucky enough to receive a private tour of the facility where Sands, Strong Back Stout, Bush Crack Beer, and other famous Bahamian beers are made. One of the most interesting parts of the tour was learning that the facility also recycles bottles. I love the eco-friendly twist, but my tour guide reminded me it was cost-effective as well. 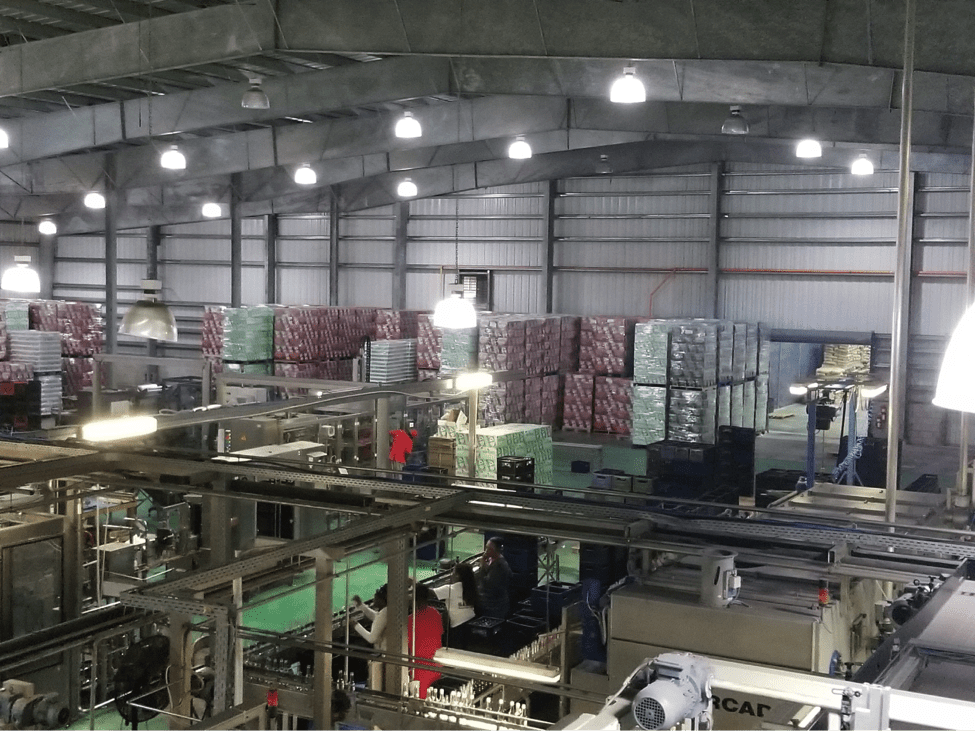 The tour was highlighted by a taste test in the upstairs bar. They have a number of ales and stouts to try and even a mixture of both. Our tour guide/bartenders told us that the mixture of stout and ale can sell for upwards of $30 on some parts of the island. But the taste didn’t quite convince me of that fact.

Halfway through my second pint, I was joined by the brewmasters themselves. They visit the brewery annually, and I was lucky enough to catch them for a quick chat before they head back to Germany. 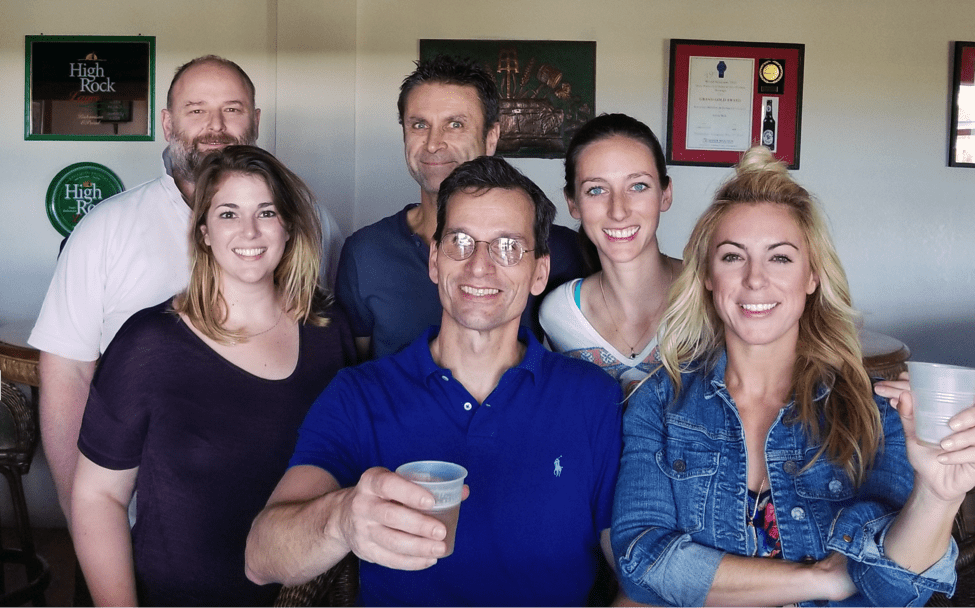 As for the future direction of the Sands flavor and the Bahamian Brewery, the brewmasters say they are keeping it simple and not trying anything too out of the ordinary in the coming years.

Last stop in Freeport was the Grand Lucayan hotel.

It would be silly to go to the Bahamas without spending a bit of time on the beach. Lucky for me, the Grand Lucayan had open access to their picturesque views and stellar drink menu. I enjoyed a glass of bubbly under a sun umbrella as I listened to the waves crash onto the soft sands.

It was a truly memorable experience, and a great way to wrap up a day of scooter exploration.