Chart a course for the world’s best maritime museums.

For Shore: Navigators through the Millennia | Porthole Cruise 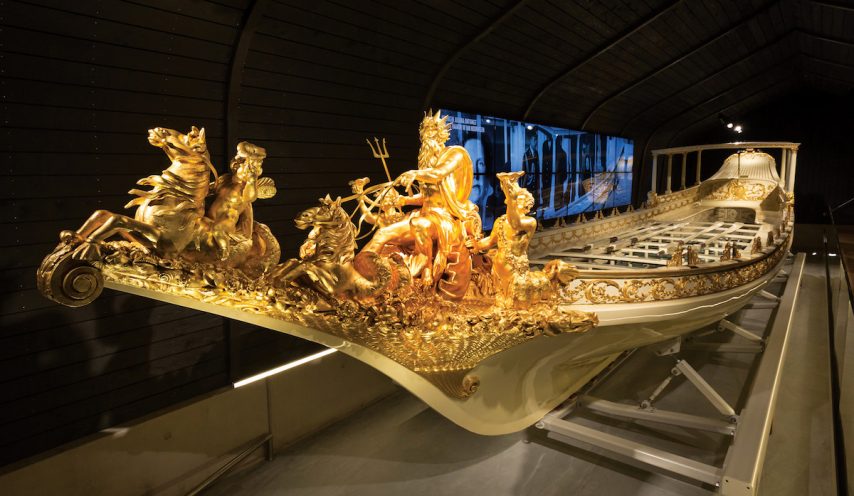 From the Vikings and great European explorers to 20th-century sailing vessels and warships, maritime museums tell the stories of colonization, trade, and war that have shaped the world as we know it today. Detailed below are some of the best museums worth a visit during your next stop in popular ports of call.

From Briny Depths to Full Glory

Seeing Vasa up close takes your breath away. Salvaged from the cold, briny depths that preserved it for 333 years, the wooden warship is the world’s only salvaged 17th-century vessel, now housed in Stockholm’s cavernous Vasa Museum. In 1628, the pride of the Swedish navy’s maiden voyage sadly ended almost as soon as it began in Stockholm’s harbor, with the top-heavy gunship keeling over after a mighty windblast puffed its sails. Vasa quickly sank as water entered through its lower gun ports. Today, rope ladders again stretch up its masts, and imposing figurines of carved warriors and grimacing lion heads reveal — despite the doomed voyage — the prowess of Sweden’s navy.

Upon seeing the single-masted Sea Stallion with its imposing broad-striped sail, you might think you’ve stepped back to when Vikings traversed the northern seas. The longboat, seating 60 oarsmen, is actually a modern-day reconstruction of the Skuldelev 2, a Viking warship whose fragmented yet remarkably preserved hull sits within the Viking Ship Museum in Roskilde, Denmark, a suburb of Copenhagen. The hull is one of five Viking ship hulls on display, all retrieved from a shallow fjord near Skuldelev in 1962 after sitting in the murky bottom for a thousand years. The boats were purposely sunk with stones to block invaders. Other reconstructed Viking vessels include a cargo ship and fishing boats, all whisking passengers on rides along the fjords.

In Norway, Oslo’s Viking Ship Museum houses three preserved vessels dug out from 1,000-year-old burial mounds, where Viking leaders or chieftains were entombed within the ships.

Portugal’s Belém waterfront can be called a museum within itself. This Lisbon neighborhood is where some of the greatest explorers departed on their journeys to the New World. Carved in splendid Manueline-style architecture, Jerónimos Monastery is the sacred site where seamen like Vasco da Gama prayed before setting sail, and where Da Gama was eventually entombed. Two waterfront towers stand as tributes: the 170-foot-tall Monument to the Discoveries, carved with likenesses of influential navigators and European explorers, and the 500-year-old Belém Tower with its Moorish watchtowers.

In the monastery’s western wing, Lisbon’s Maritime Museum (or Navy Museum) showcases paintings, models of ships and galleons, and statues of the great explorers. Exhibits include the wooden Archangel Raphael figurine that da Gama took with him on his voyage to India and an original, exquisitely decorated wood-paneled cabin from Queen Amélia’s royal yacht.

Paintings, model ships, and artifacts in Amsterdam’s National Maritime Museum showcase Dutch journeys to the East and West Indies. Berthed outside, the East Indiaman Amsterdam, with its gold-trimmed stern windows, is….